The Corvette C8 makes a fantastic noise thanks to the naturally aspirated 6.2L V8 LT2 engine, but that internal combustion goodness is enhanced even further when the mid-engine Vette is equipped with a new aftermarket exhaust system. Now, Corsa Performance is teasing its up-and-coming C8 Corvette cat-back exhaust system in the following brief video. 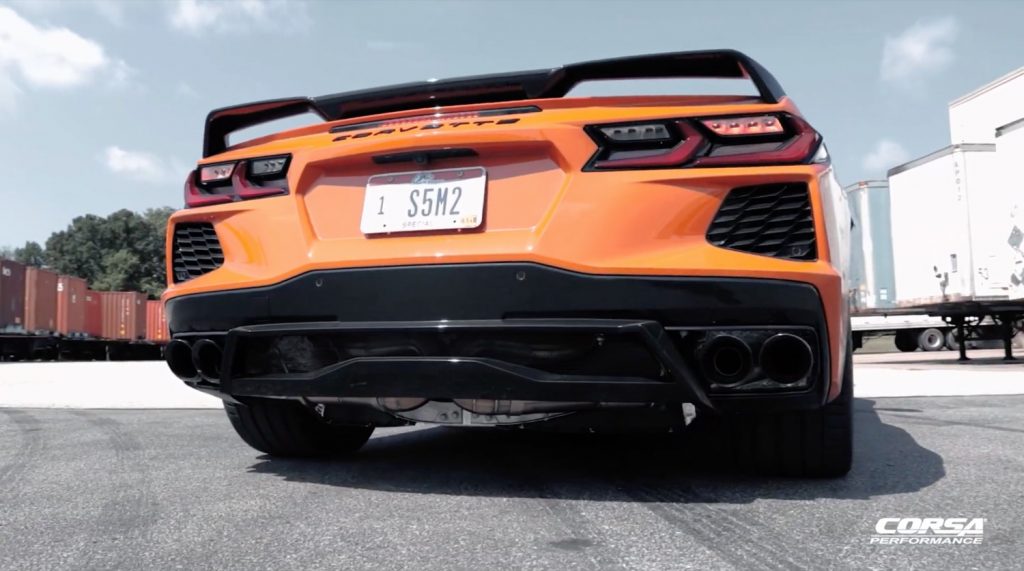 Clocking in at just 45 seconds, the new teaser video shows the latest Corvette C8 rolling through a warehouse shipping and receiving dock, burbling and revving its engine as it goes. The new exhaust spits out some very tasty sounds with each stab of the long pedal, providing exactly the sort of gasoline-powered soundtrack that Chevrolet Corvette fans are sure to enjoy. 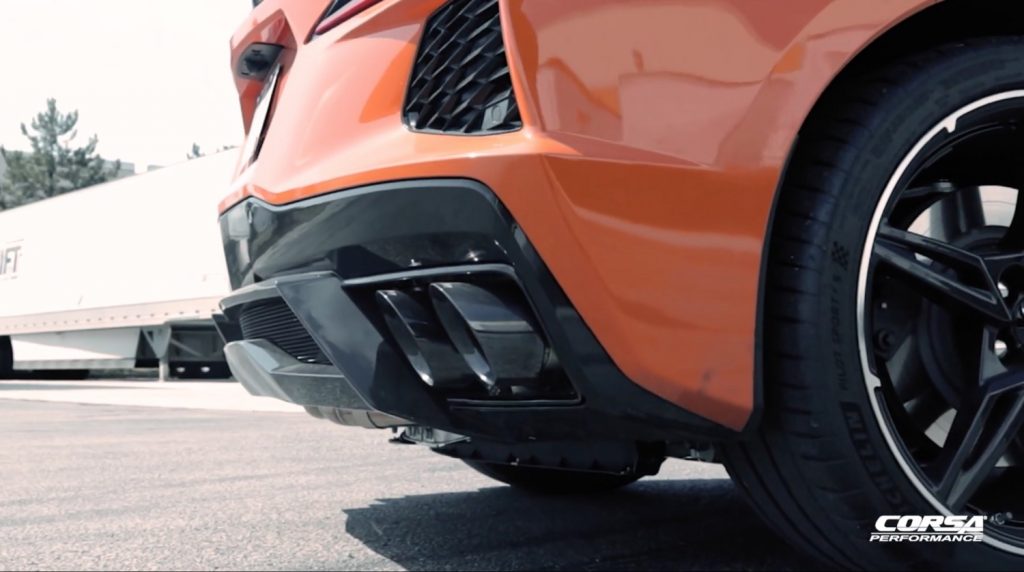 While Corsa Performance doesn’t provide too many details on what the exhaust will offer, the video does show off the system’s quad rounded exhaust tips, each of which gets a dark chrome finish. The Corsa logo looks as though it was laser-engraved on top of each tip.

“The Corsa Performance Chevrolet C8 Corvette Exhaust System will soon arrive, but for now… Coming Soon,” the tuner states in the video description. 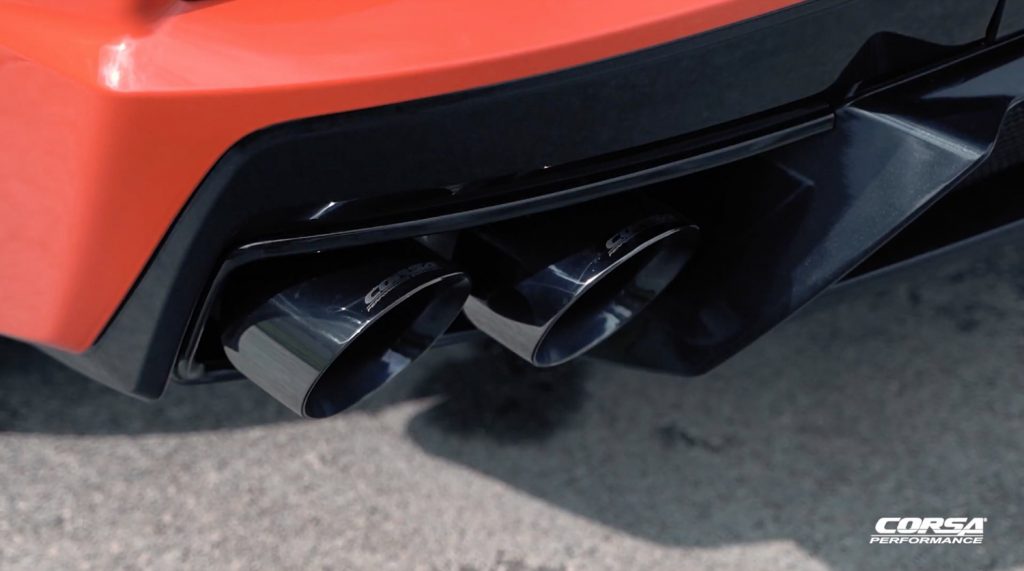 As a reminder, the C8 Corvette produces 490 horsepower and 465 pound-feet of torque from the factory, while the optional Z51 Performance Package and factory performance exhaust ups those figures to 495 horsepower and 470 pound-feet of torque. While we don’t know what Corsa’s new exhaust will do for the C8 Corvette beyond adding some extra aural awesomeness, it’s not out of line to expect some decent power gains as well. After all, we’ve already seen several other tuners free up additional ponies by adding new pipes, including Hennessey Performance and AWE Tuning.