With aggressive lines and balanced mid-engine proportions, the C8 Corvette is a looker right from the factory. But, per tradition, the tuners out there have their own vision for the latest eighth-gen sports car. That includes Competition Carbon, which recently posted these enticing new images of the upcoming C8RR roadster/spyder body kit. 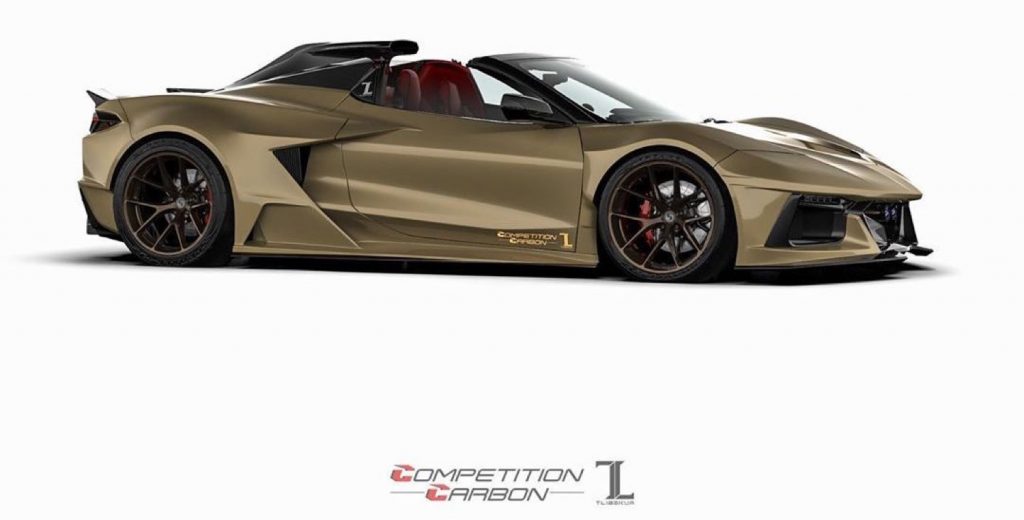 For now, Competition Carbon only offers aero kits and body components for the C7-generation Chevrolet Corvette, including widebody applications, wings, bumpers, hoods and the like. The company currently doesn’t offer anything for the C8 Corvette, but it looks like that will change with the upcoming C8RR roadster/spyder. 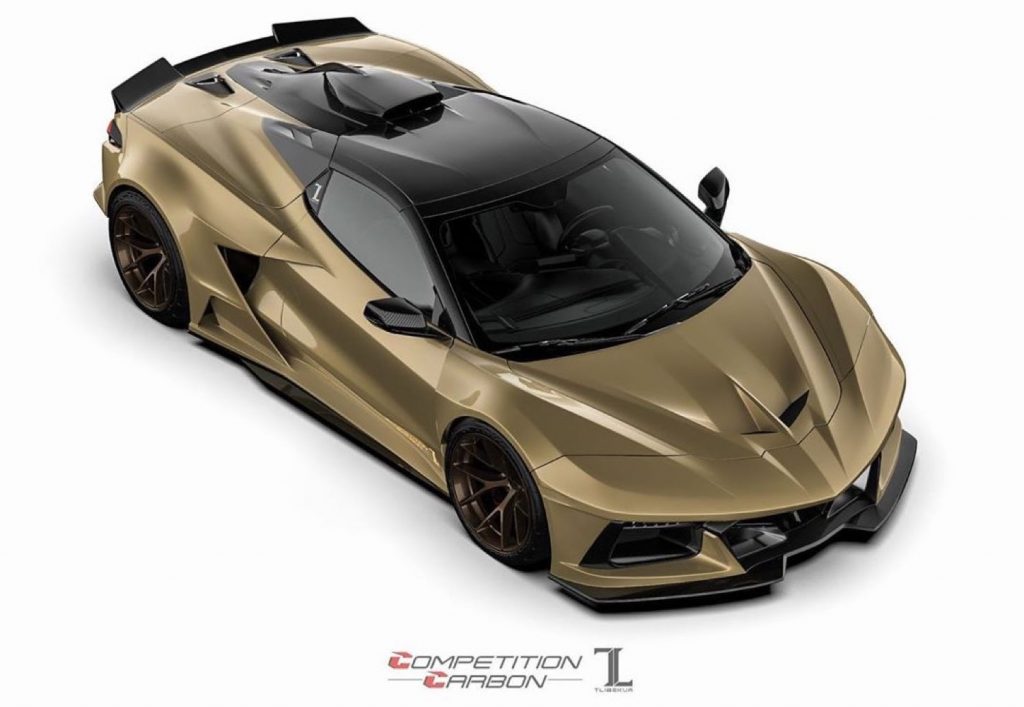 Based on the C8 Corvette hardtop convertible, the new Competition Carbon body kit transforms the Chevy with even more aggression. The new lines lend the Vette a kind of European exotic vibe, which will no doubt fit the tastes of some owners better than the stock appearance. 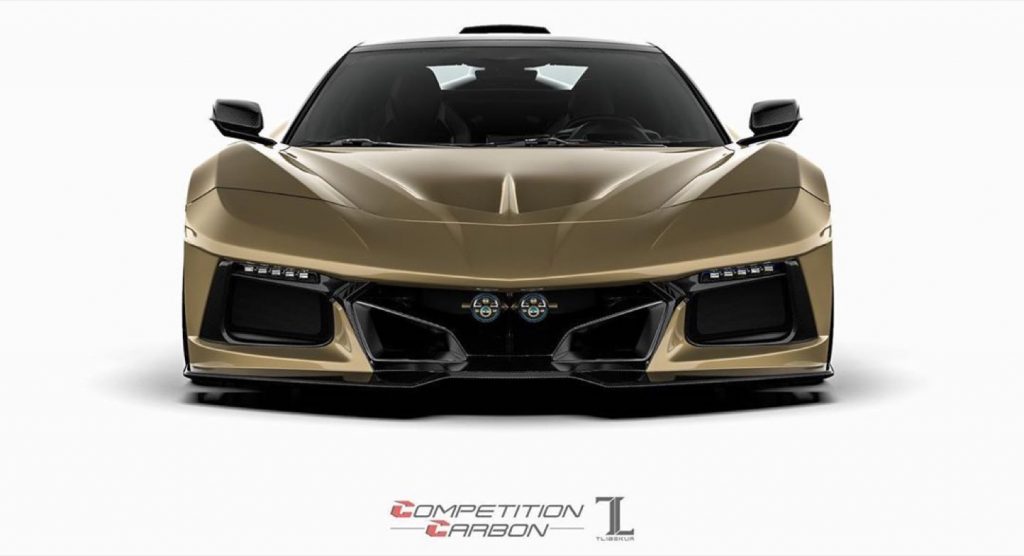 Up front, the C8 Corvette C8RR roadster/spyder was reshaped with a new bumper that deletes the stock headlamps in favor of center-mounted, rounded lamps, as well as a pronounced lower splitter element. The hood also gets extra venting, leading the eye rearwards towards the flared fenders. 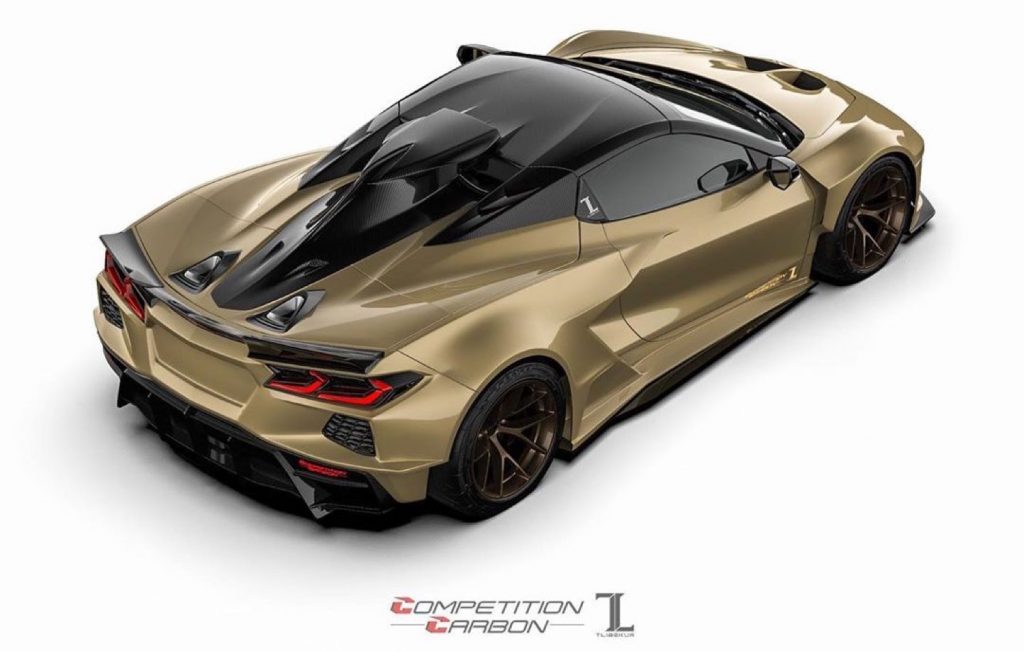 The profile incorporates a hard triangular shape for the side intakes and rear fender, with more 90-degree angles just ahead of the rear wheels. One of the most attention-grabbing elements is the large snorkel intake placed just above and behind the seats, which is no doubt designed to feed cold air to the engine, while also producing some wild noises for those sitting in the cockpit. Competition Carbon says that the kit will come with a manually attached targa top.

Finally, the rear end appears to come with two triangular-shaped exhaust tips exiting out the top of the rear engine cover, a design also seen on high-end exotics like the Porsche 918 Spyder.

It’s a wild-looking kit, to be sure, and we’re excited to see it added to a real-life C8 Corvette. 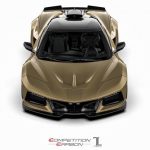 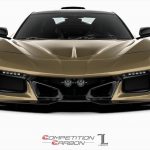 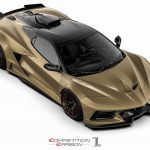 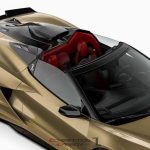 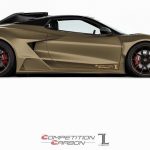 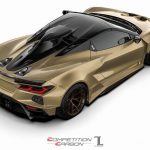 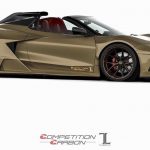 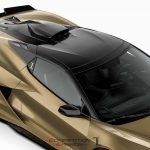 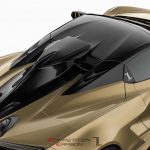 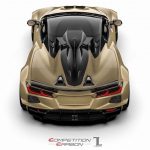