The road can be a very dangerous place, especially for anyone riding a motorcycle. Exposure to the elements can be a thrilling experience – and treacherous, as learned first hand by the motorcyclist in the following video, who narrowly escapes a nasty collision with a Chevy Silverado pickup truck. 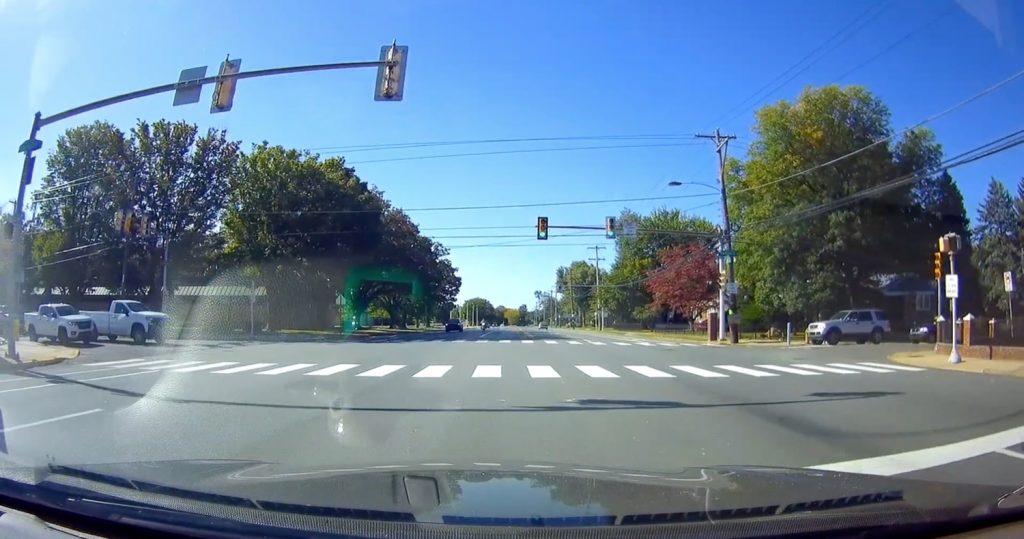 Captured on October 3rd, 2020 in Philadelphia, Pennsylvania, this video shows the view from another motorist’s dash cam. The conditions are clear and sunny. As the camera vehicle approaches an intersection and maneuvers into a turning lane, the occupants can be heard chatting about some errands as the camera vehicle waits for traffic to pass. 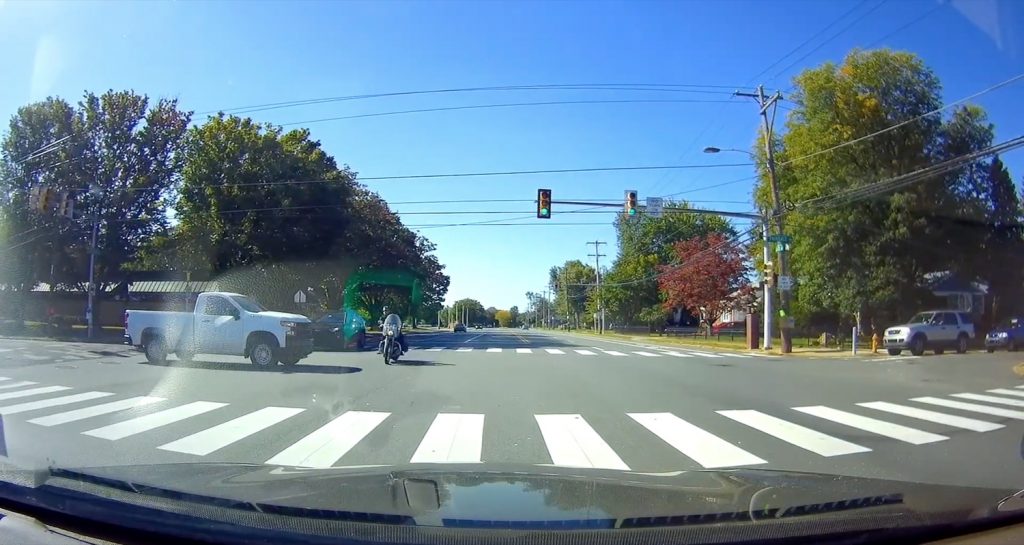 Without warning, a white Chevy Silverado pickup truck starts to creep into the intersection, running a red light. Suddenly, the Chevy is sitting right in front of a black crossover and motorcycle, blocking two lanes of oncoming traffic.

Miraculously, both the motorcycle and crossover avoid T-boning the Chevy Silverado with inches to spare. The camera vehicle lays into the horn while the driver issues a well-deserved expletive. 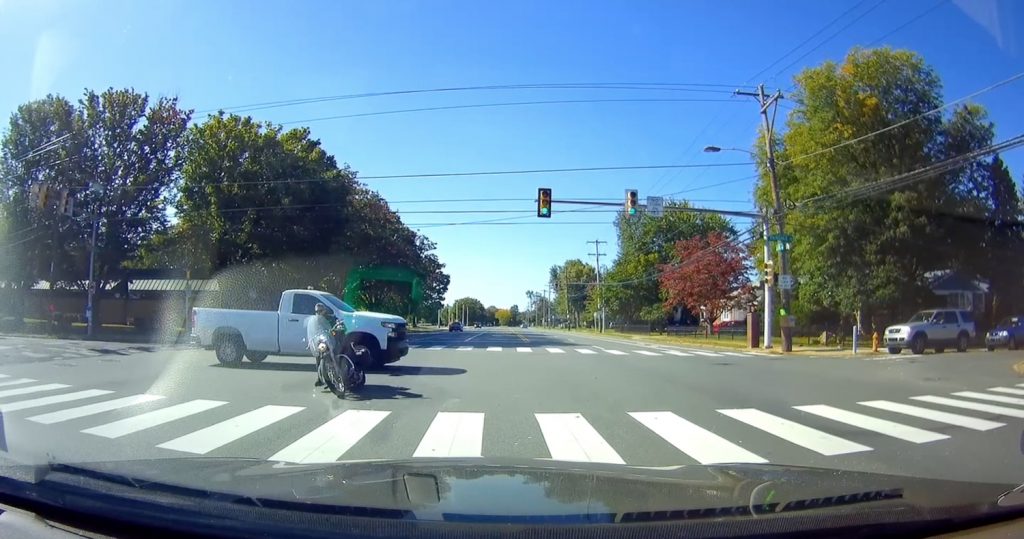 It’s not exactly clear what happened here. It looks as though the Chevy Silverado was stopped at the intersection and waiting for the lights to turn, perhaps moving forward prematurely after seeing the camera vehicle stopped in the turning lane. 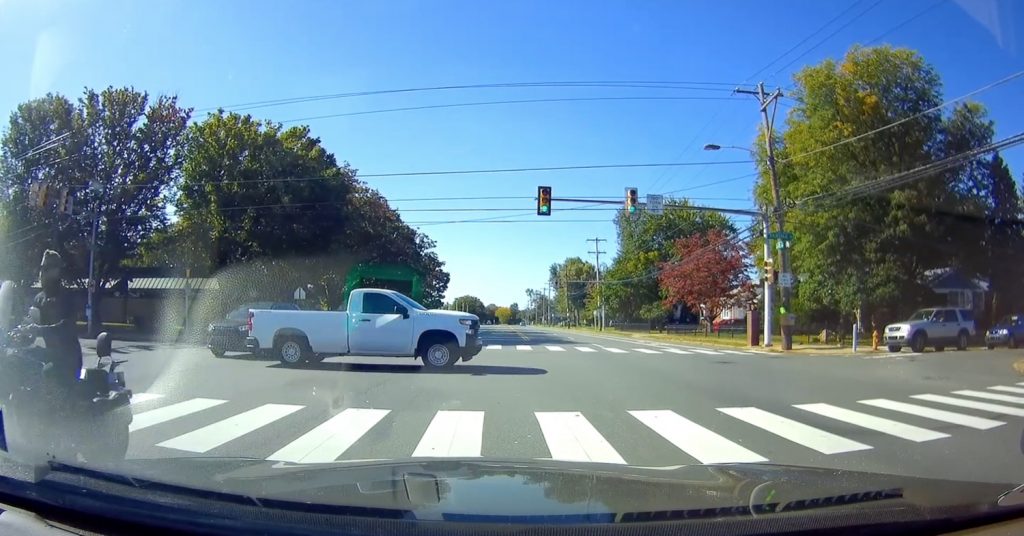 Either way, it’s nothing short of miraculous that no one was hurt.

At the end of the video, the driver can be heard giving some very important advice to his young passenger.

“The man didn’t stop at the red light,” the driver says. “So there was almost a crash. That’s why it’s so important, when there’s a red light, you stop.” 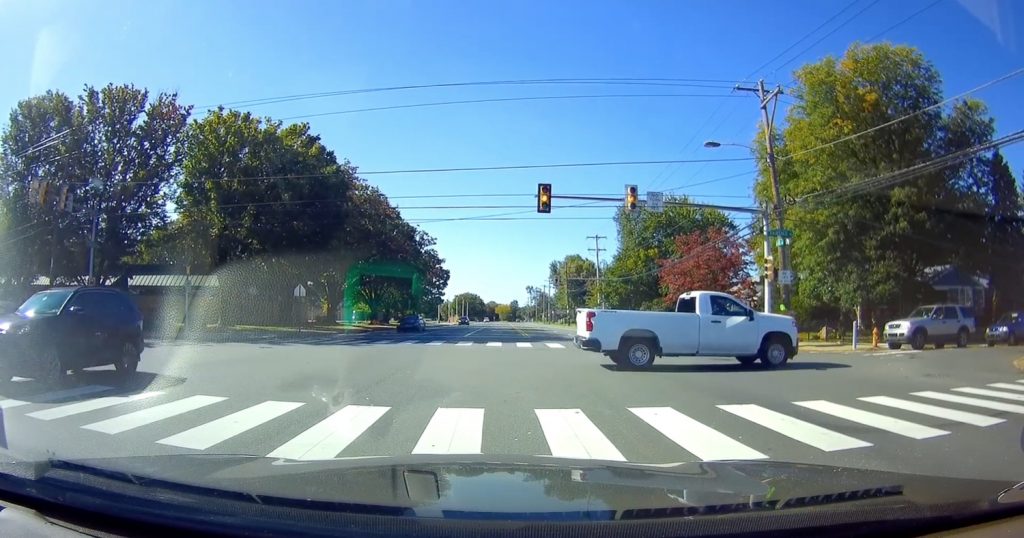 Indeed. Hopefully the driver of the white Chevy Silverado will pay better attention next time.

Hit play on the video below to see it all go down. Be warned, there is some strong language.