If you haven’t heard, GM’s cross-town rival, Ford, recently reintroduced the Bronco. The off-road-oriented 4×4 SUV has garnered an impressive 165,000 reservations in just three weeks. With the new Ford Bronco looming, and the Jeep Wrangler continuing to be popular, one would think Chevy would be at least a little concerned. However, that doesn’t seem to be the case, as indicated in a recent GM Authority interview with senior marketing manager for Chevrolet SUVs, Brad Franz. 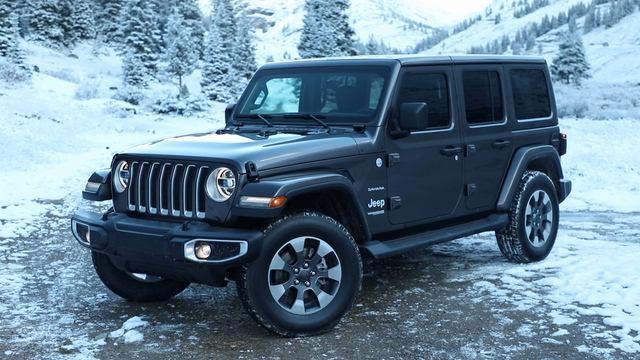 “We keep a very close eye on our competition, and obviously we are always focused on what our competitors are doing,” Franz told GM Authority executive editor, Alex Luft. “We think that what the Blazer stands for in the marketplace right now is more of the on-road performance, and that’s how we have the vehicle positioned. So, we feel good about how we’ve been able to build [the Blazer] brand in that fashion.”

As Franz points out, with the Jeep Wrangler and new Ford Bronco locking horns in the 4×4 off-road segment, the latest Chevy Blazer takes an entirely different approach. And while some fans lament the Blazer’s transition to a unibody crossover, it seems to be working to its benefit.

“Now, as you know, the Bronco and Wrangler are going to be bringing very heavy off-road type communication, so we feel like the Blazer will have its spot in the on-road space, and the sales performance reflects that,” Franz added.

As we covered yesterday, Chevy Blazer sales posted a stellar performance during Q3 2020. Deliveries shot up 45 percent to 23,486 units, allowing it to secure a second-place finish in terms of cumulative sales in its segment. What’s more, the Blazer increased retail market share by 2.2 percentage points when compared to the third quarter of 2019.

So, the Chevy Blazer is selling very well, despite the impending launch of the reborn Ford Bronco and the ongoing popularity of the Jeep Wrangler. Without a doubt, the Chevrolet crossover is playing to its strengths as an on-road vehicle that hits right at the heart of the mainstream crossover market, rather than off-road hijinks like the two rivals from Ford and Jeep. Incidentally, the Blazer now outsells its direct rival from the Blue Oval – the Ford Edge, which might not see a next generation.