The latest 2020 Chevy Bolt EV is the fourth model year of the first-generation nameplate, with the upcoming 2021 Chevy Bolt EV slated to launch later this year. Now, General Motors is hyping the all-electric hatchback in a new video advertisement titled “It’s Time To Charge Forward.” 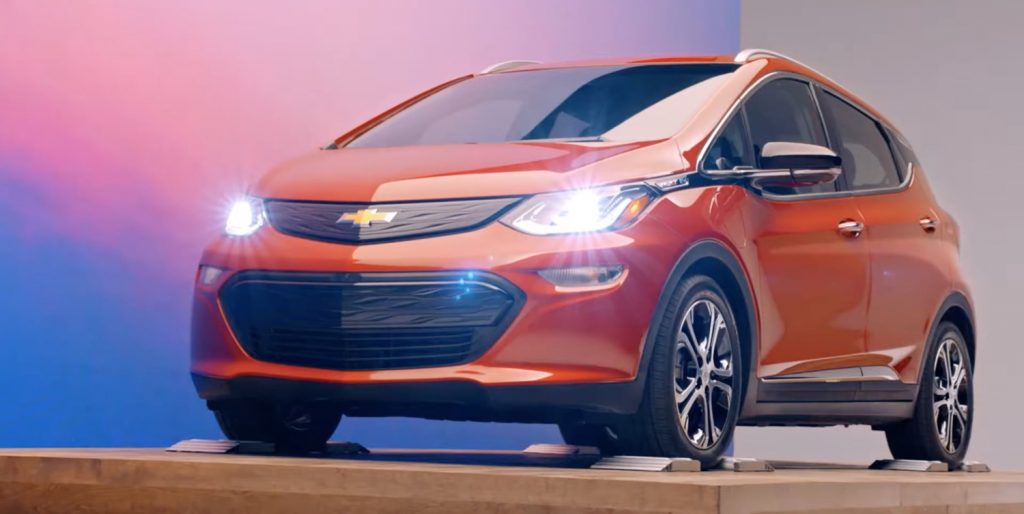 Clocking in at just one-minute, 25 seconds, the video shows off a few of features on the Chevy Bolt EV, including charging up the battery, distance per charge, regenerative braking, onboard Wi-Fi, cargo room, fold-down rear bench seat, app features, and acceleration specs.

The whole thing is done with slick editing and quick shots of the hatchback, all while some groovy beats play in the background.

At the end of the video, a message pops up on screen reading “Our Future Is Electric.” Indeed, as GM Authority has covered numerous times in the past, General Motors is gearing up to introduce 20 new EV models by 2023. That includes the upcoming Chevy Bolt EUV, a new “Electric Utility Vehicle” that is closely related to the Bolt EV in terms of mechanicals, but with a compact five-door crossover SUV body style offering greater practicality and cargo room. We get a look at the new 2022 Chevy Bolt EUV at the end of the video thanks to a shadowy profile teaser image. 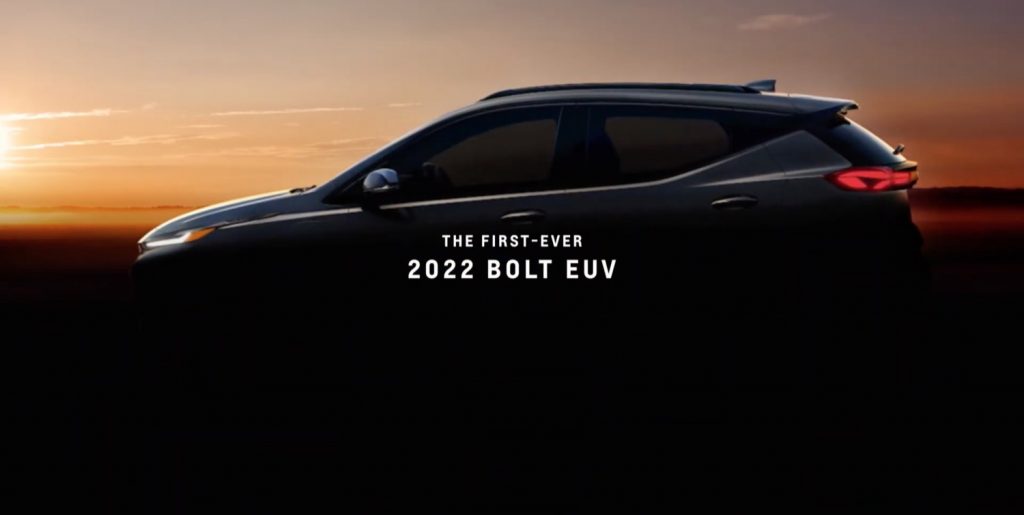 Under the skin, the Chevy Bolt EUV will ride on the same BEV2 (second-generation Battery Electric Vehicle architecture) as the first-generation Chevy Bolt EV.

As for the latest 2021 Chevy Bolt EV, the hatch received a powertrain upgrade for the preceding 2020 model year, adding 21 miles of range for a maximum estimated 259 miles between plug-ins. 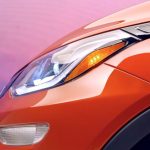 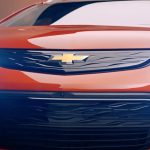 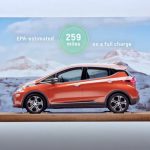