A Florence, Kentucky man was arrested after he led police on a chase in his Chevrolet Silverado last week, and while evading law enforcement can never be considered run-of-the-mill, this was definitely no regular high-speed chase. 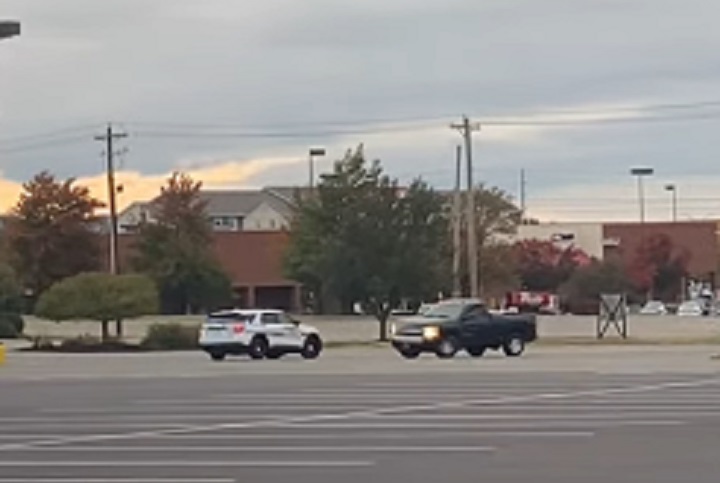 Rather than swerving through traffic, speeding through intersections and speeding down the highway, as so many wanted criminals are known to do, the driver of the Chevrolet Silverado decided to take to a nearby parking lot and begin driving around in circles. The entire ordeal was caught on camera by local resident Cora Greenwood, who told local news outlet FOX 19 that the chase was one of the craziest things she’s ever seen. 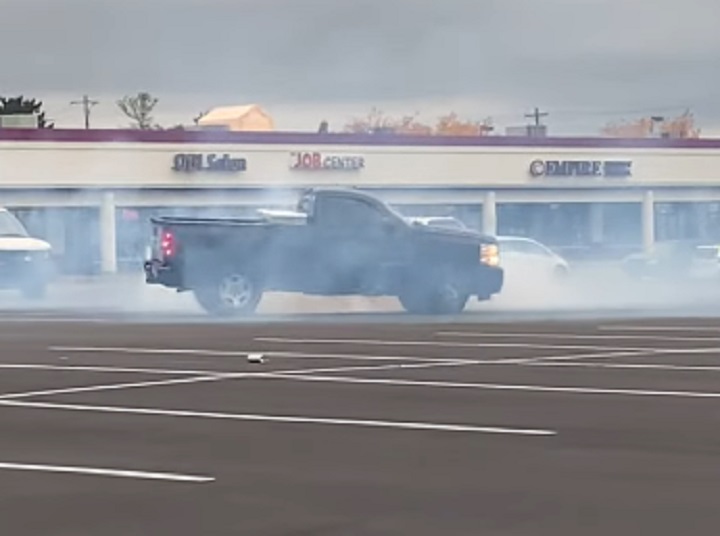 The video begins as the truck, a black two-door GMT900 Chevrolet Silverado, can be seen driving around in circles in an empty section of the lot. A police officer then approaches with their lights and sirens on, prompting the driver of the truck to flee. He then circles back around to the more open section of the lot and once again begins driving in circles, teasing the officer. The driver of the truck eventually starts doing donuts in reverse, before putting the pickup back in drive and speeding toward a nearby Honda CR-V with a person parked inside. 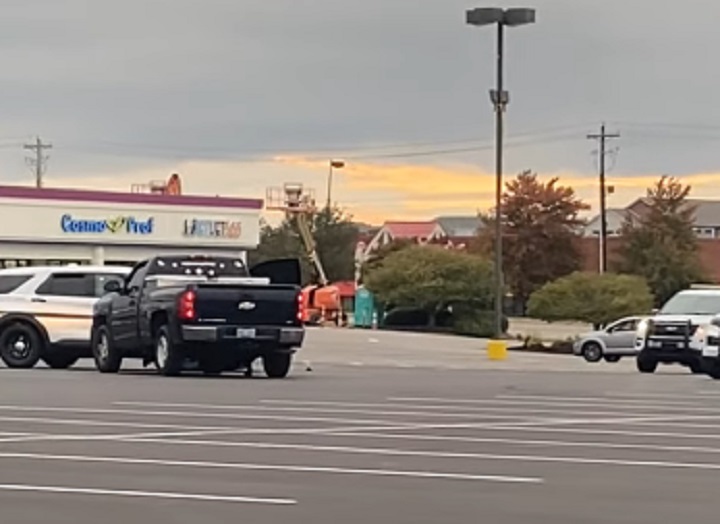 After doing some donuts around the CR-V, the driver comes to a stop and is apprehended without further incident. Police arrested 38-year-old Joshua Garland at the scene, who was believed to be under the influence of meth.

“I said a real fast prayer like ‘lord help us and keep us safe’ because yeah that was freaky, he weaved directly toward us,” Greenwood told FOX 19.

In addition to the obvious DUI charge, Garland also faces an additional felony charge of wanton endangerment. We’re glad no one was hurt in this scary ordeal, and now we can only hope that nice two-door Chevrolet Silverado made it out of this entire ordeal unscathed, as well.