Chevy Equinox sales decreased in the United States, Canada, South Korea, Mexico, and Argentina while increasing in Brazil during Q3 2020.

In the first nine months of the year, Equinox sales decreased about 25 percent to 191,727 units.

In the first nine months of the year, Equinox sales decreased about 36 percent to 9,631 units.

In the first nine months of the year, Equinox sales decreased about 41 percent to 979 units.

In the first nine months of the year, Equinox sales decreased about 45 percent to 985 units.

In the first nine months of the year, Equinox sales increased about 13 percent to 4,072 units.

In the first nine months of the year, Equinox sales decreased about 20 percent to 561 units.

Chevy Equinox sales performance during Q3 2020 kept the model in the third-best-selling spot in the segment. The Equinox was only outsold by the Toyota RAV4 in first place and the Honda CR-V in second.

With a decrease of over 15 percent, the change in Chevy Equinox sales were roughly in line with the segment average during the quarter, though several other models posted greater declines. For instance, the Nissan Rogue posted a 38 percent decline, Ford Escape sales dropped 23 percent, Jeep Cherokee saw sales slide 21 percent, Dodge Journey sales fell 40 percent and Mitsubishi Eclipse Cross deliveries slipped 26 percent. The Equinox’s top rival – the RAV4 – also posted a decline, of nearly 7 percent. The only models in the segment to grow sales volume during the quarter were the Subaru Forester, Volkswagen Tiguan, and the Mitsubishi Outlander which posted gains of 7 percent, less than 1 percent, and 62 percent, respectively. 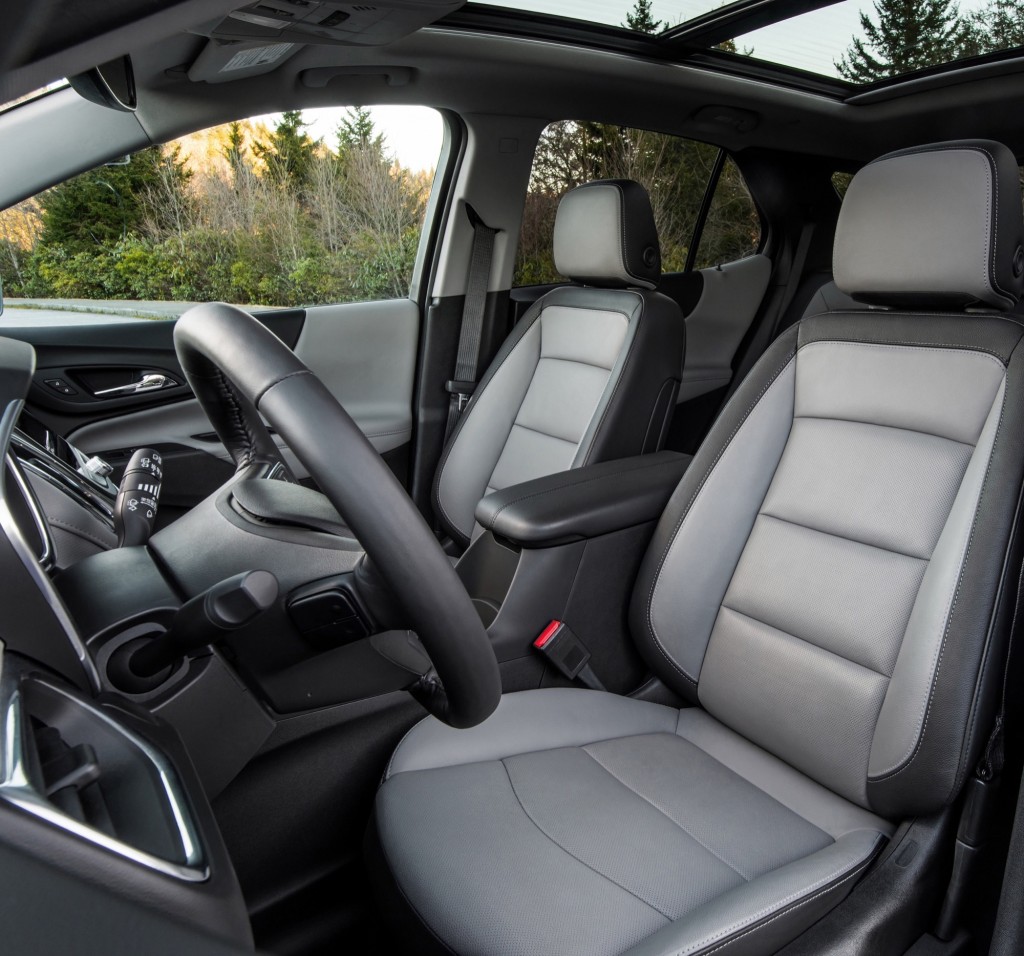 The decline in Chevy Equinox sales during Q3 2020 follows a decrease of nearly 41 percent in Q2 2020 and a 17 percent drop in Q1 2020, which follows another decline during Q4 2019 as a result of the 40 day-long UAW strike. Before the four consecutive declines in sales volumes, the Equinox posted its best-ever third quarter sales performance, preceded by its best-ever second quarter performance in Q2 2019, very healthy growth during Q1 2019, and a strong performance in Q4 2018.

We posit that Equinox sales continued to suffer in Q3 as a result of the following factors:

It’s also worth noting that combining the 67,476 Chevy Equinox sales with the 21,313 deliveries of its corporate cousin and platform mate, the GMC Terrain, gives GM 88,789 combined deliveries in the compact crossover space. The result aren’t overly impressive, given that the RAV4 and CR-V still sold more units (with the RAV4 selling about 27,000 units more than the Equinox and Terrain combined).

That said, the RAV4 is an all-new model while the Equinox has been around since the 2018 model year. GM recently revealed the mid-cycle refresh for the Equinox, which was originally set to arrive as the 2021 Chevy Equinox. However, the COVID-19 pandemic pushed the refresh to the 2022 model year (see more on the 2022 Chevrolet Equinox). The freshening includes revised exterior styling, a new Equinox RS trim level, and a few other enhancements that should increase the crossover’s competitiveness and command more attention from shoppers.

Going forward, we expect sales of all automobiles – including those of the Equinox – to continue to struggle as economies recover from COVID-19 pandemic. That said, things should start to pick back up once things return to normal levels.