The Buick Grand National was one of the quickest cars of the 1980s. With a 0 to 60 mph time of just 4.9 seconds, the menacing black Buick was quicker than a Lamborghini Countach, Porsche 928S and, rather controversially, the Chevy Corvette.

While the Buick Grand National was definitely an impressive product for its time, this American performance icon isn’t very quick by today’s standards. We live in an age where relatively cheap crossovers have near-300 horsepower V6s and all-wheel-drive, so even the most run-of-the-mill grocery getters and family haulers are capable of accelerating from 0-60 mph in five seconds or so. 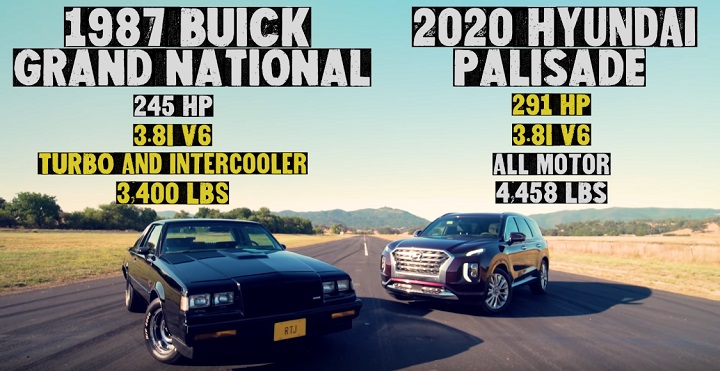 In a recent episode of their This vs. That show, which pits different types of vehicles against each other in a drag race, Hoonigan decided to see how a 1987 Buick Grand National would fare against a Hyundai Palisade.

These two vehicles are nothing alike, but on paper, they seem as though they’d be pretty evenly matched. The Buick Grand National has a turbocharged 3.8L V6 engine producing roughly 245 horsepower, while the Palisade has a naturally aspirated 3.8L V6 making 291 horsepower. What the Buick lacks in power it makes up for in weight, however, as it tips the scales at about 3,400 pounds – 1,458 lbs less than the seven-passenger Palisade.

There are two other advantages that give Palisade an edge here, though. The SUV has all-wheel-drive and a quick-shifting eight-speed automatic transmission. The Grand National has to make do with a comparably sluggish four-speed and rear-wheel-drive. It even chirps its tires when it shifts into second, losing it a little time to the Hyundai. 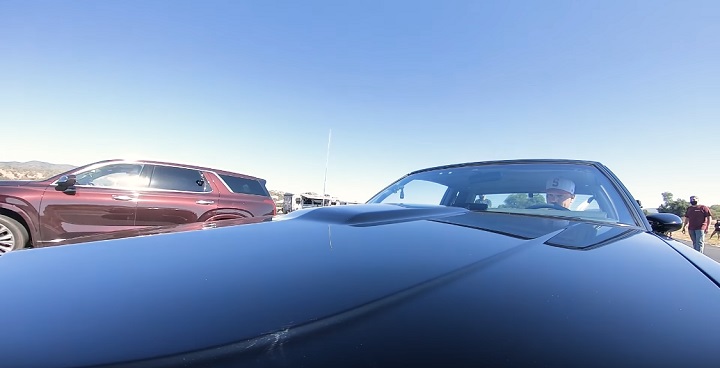 So, with all that said, can one of the most iconic American performance cars of the 1980s beat a run-of-the-mill South Korean family crossover in a drag race? Check out the video embedded below to find out.