The consumer research experts over at Comparethemarket.com recently analyzed the number of Instagram posts that mention car tattoos to see which car brand enthusiasts get inked on them the most and, somewhat surprisingly, Cadillac seems to be a fairly popular brand among with ink. 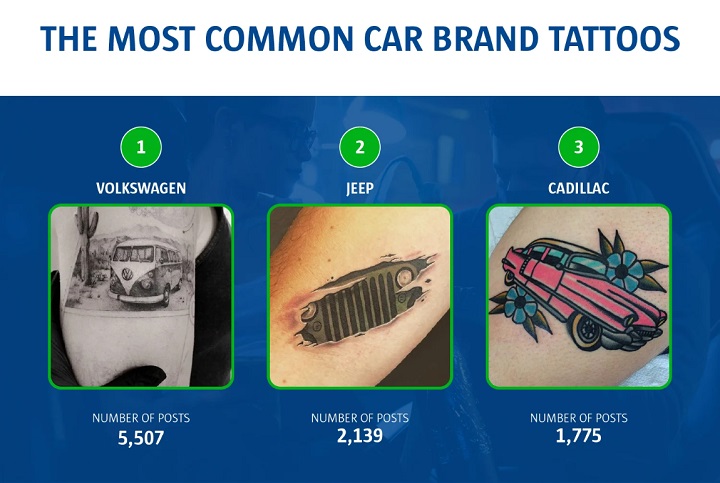 The study found that Volkswagen was the most common brand for people to get tattooed on them, with over 5,000 posts on Instagram showing VW-themed ink. Jeep was second at 2,139 posts, followed by Cadillac in third at 1,775 posts. Two other General Motors brands were right behind Cadillac, as well, with Pontiac fourth at 1,609 posts and Chevrolet fifth at 1,417 posts. 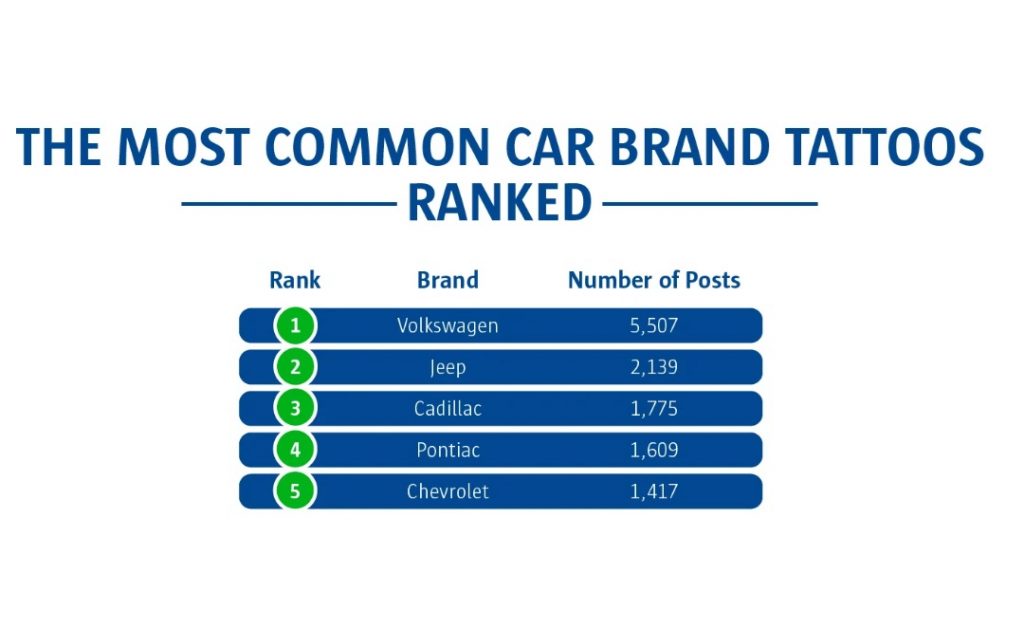 Not surprisingly, almost all of the most popular car tattoos are of brands and models that enjoy icon status in society and popular culture. Volkswagen has often been associated with the 1960s Hippie movement and West Coast surfer culture thanks to the Transporter and Beetle, while Jeep is widely known for the Willys and its efforts during in WWII. Cadillac, for its part, is often used as a symbol of 1950s American culture. The Impala is a symbol of lowrider culture, while the DMC DeLorean has been elevated to icon status thanks to the 1980s film Back to the Future.

While the methodology used for this study isn’t ideal, it does still give is a pretty good indication of what some of the more common car-themed tattoos are. We think there are a large contingent of Chevrolet fans walking around with Bowtie tattoos that would never post it on Instagram, however, so there are definitely some demographics that aren’t being recognized in this study. We’d say this is more of a look into which brand enthusiasts are most likely to use Instagram, so it’s not surprising to see VW, Jeep and Cadillac near the top.