The No. 10 Cadillac DPi-V.R of Wayne Taylor Racing took a surprise victory in Saturday’s Motul Petit Le Mans from Road Atlanta after the two front-running cars wiped each other out with just ten laps remaining. 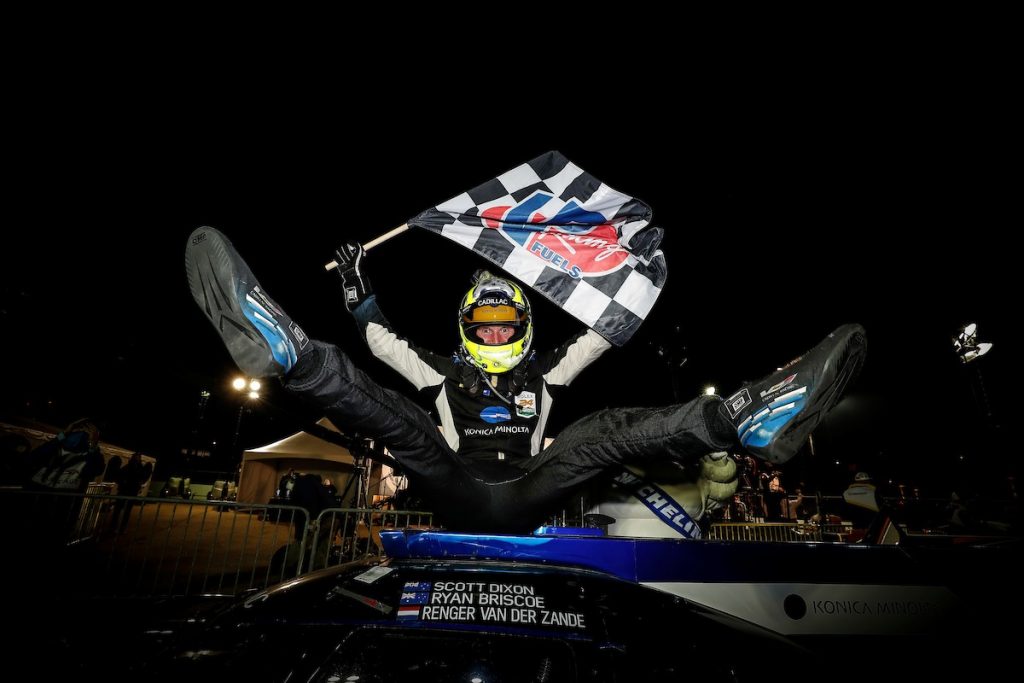 While the No. 10 Cadillac was the big winner on the day, it was the No. 31 Action Express Cadillac DPi-V.R and the No. 7 Team Penske Acura DPi were the two cars to beat, with the pair swapping for the lead several times over the course of the 10-hour endurance race. Action Express’ Pipo Derani led Penske’s Ricky Taylor by less than a second with just one hour remaining, the young American putting intense pressure on the ultra-quick Brazilian. 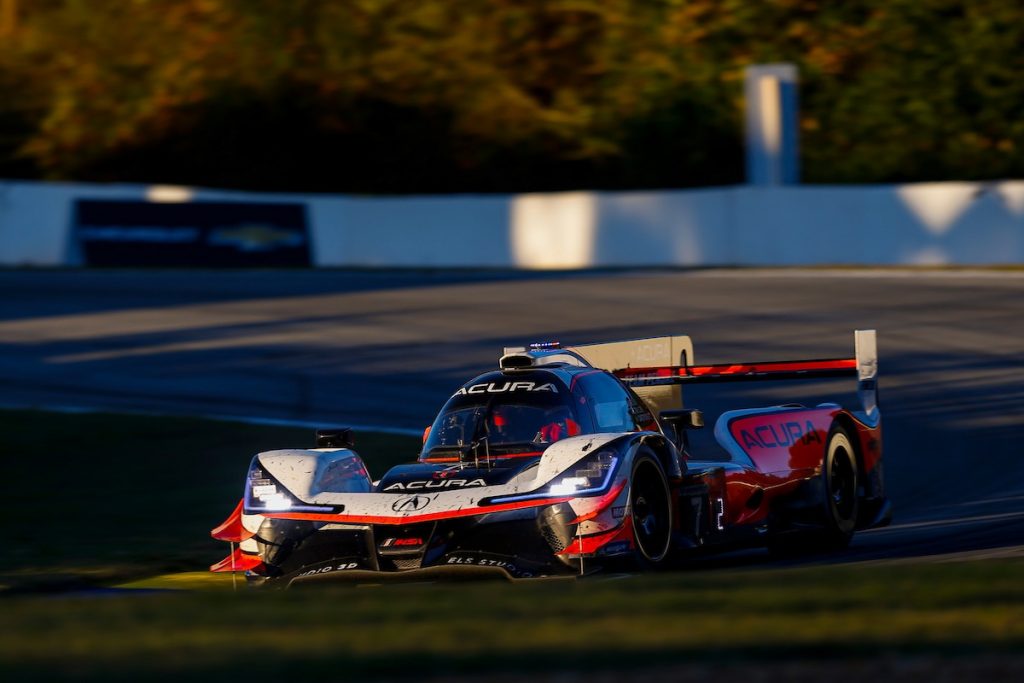 As the Acura continued to bear down on the Cadillac, Taylor made an ambitious pass for the lead into Turn 6, washing wide and hitting Derani’s right rear. The contact sent the No. 31 Cadillac spinning off into the gravel at high speed and also turned Taylor around, as well.

The late-race drama allowed the No. 10 car to move into the lead unchallenged and take a lucky victory ahead of the No. 7 Acura of Taylor, Helio Castroneves and Alexander Rossi. The No. 8 Acura sister car of Dane Cameron, Juan Pablo Montoya and Simon Pagenaud finished third.

Post-race, Derani blamed Taylor for the pair’s coming together and said he lost respect for the second-generation racer with the late lunge.

“I was in front, and he pushed me out. That’s it,” Derani said. “There’s nothing much to say, and unfortunately we lost the race. We did everything we could, leading the race with 10 laps to go, and he just pushes me out on a desperate move to try and go to the lead. I think it was a mistake on his part, and I hope he sleeps on it.

“I lost a little bit of respect for him and for his teammates, who tried to accuse me of doing something wrong,” Derani added. “It is what it is. I’m not at a racetrack to make friends — I want to win the next one.” 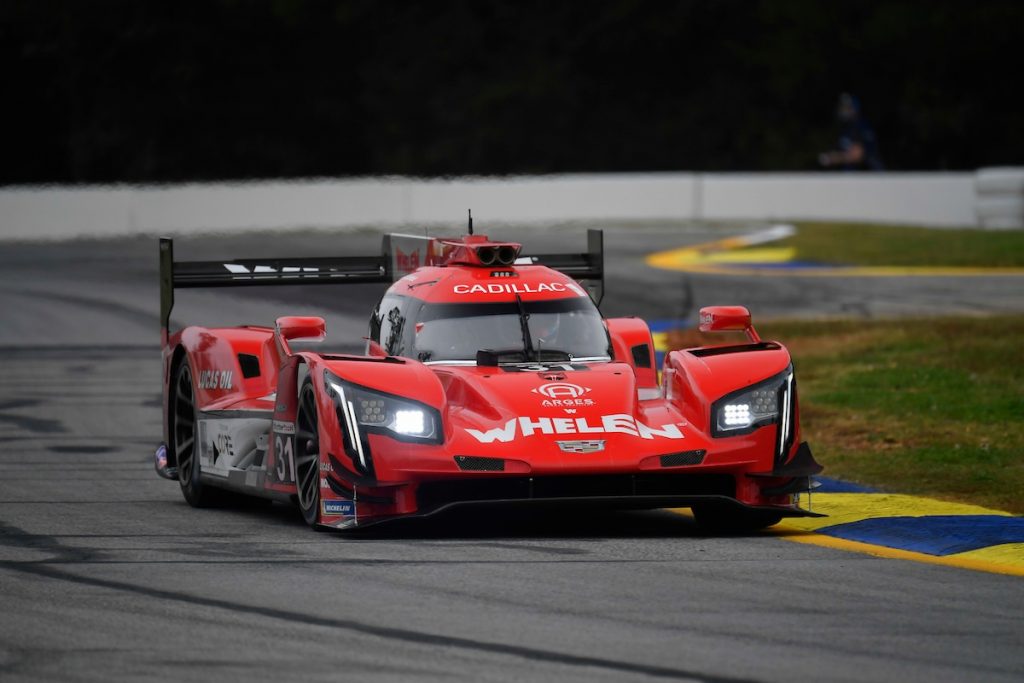 Van der Zande said the No. 10 team struggled to find the right setup for the hotter conditions the race started under, but said their Cadillac DPi.VR came alive in the cooler nighttime conditions.

“I was just chipping it down and chipping it down,” van der Zande said. “We kind of gambled on the setup, and in the hot, it was not so easy. But in the dark, when it was colder, the car was really flying. We’ve been working so hard on the car, and this was really nice.” 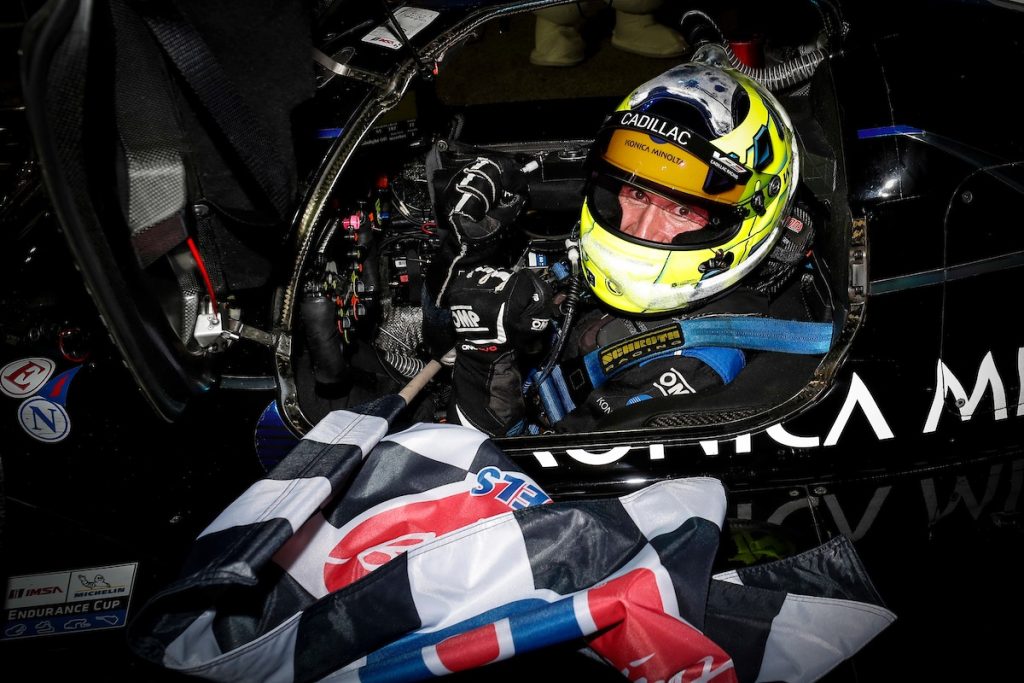 Click here for complete results from the 2020 Motul Petit Le Mans. The next endurance race of the IMSA WeatherTech Championship is the Mobil 1 12 Hours of Sebring on November 11th-14th, which was rescheduled from earlier this year due to the COVID-19 pandemic.