General Motors made some massive strides in material and build quality with the interior of the C8 Corvette when compared with the seven-generation model that it replaces. These efforts didn’t go unnoticed, as customers and the media laid praise on the new sports car’s improved interior. The C8 Corvette even won a Wards Auto 10 Best Interiors award earlier this year, with the well-respected publication saying car is the comfiest ‘Vette yet and calling the cabin “handsomely configured” and “first rate.”

It seems not everyone agrees with this consensus, though. Bloomberg recently put together a list of the ‘Worst Car Interiors of 2020’ that included the C8 Corvette. Turns out the journalists over at Bloomberg really don’t appreciate the rather long row of buttons that occupies the C8 Corvette’s center console, as it splits up the cabin and takes away from the uniformity of the dashboard.

“Witness the massive, curved divider that runs straight through the middle of the car. Lined with buttons and covered in low-grade leather, it looks like a part of the command helm on the starship Enterprise,” Bloomberg claims. 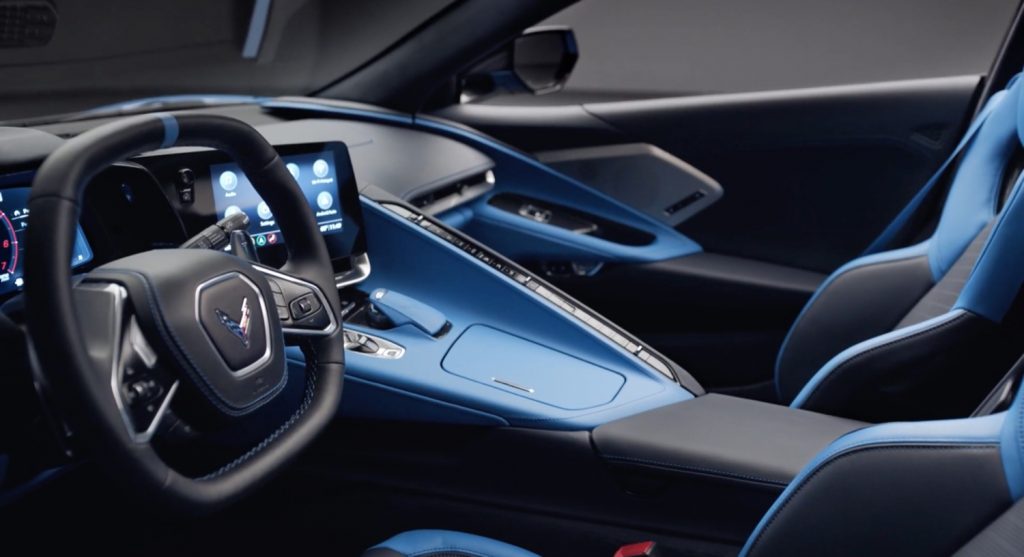 “You’ll never be able to reach over and squeeze your driving partner’s knee or use the buttons on the angled center dashboard screen while the car is being driven,” the article goes on to say. “Second, those dozens of buttons along the interior walls, dashboard, and dividers feel out of step with current themes and with much of the luxury segment, where brands like Mercedes-Benz and Rolls-Royce brag about how many interior knobs and switches they’re removing—at customer request.”

Bloomberg didn’t like the squared-off steering wheel that Chevy threw in the C8 Corvette, either, saying it “looks as if it were borrowed from Buick.” We’re not sure if any Buick vehicles currently in production can justify having a motorsports-inspired flat-bottom steering wheel with a 12 o’clock marker, to be honest, but we definitely wouldn’t complain if that were the case.

Lastly, Bloomberg dragged the C8 Corvette for its poor visibility, saying the “low, awkwardly designed cabin,” has poor visibility by the A-pillar and B-pillar, which becomes particularly troublesome when taking corners. The writer points out that a blind spot alert system is standard, though it’s worth noting that the base-level 1LT trim doesn’t include Side Blind Zone Alert as standard – only the better-equipped 2LT and 3LT do. 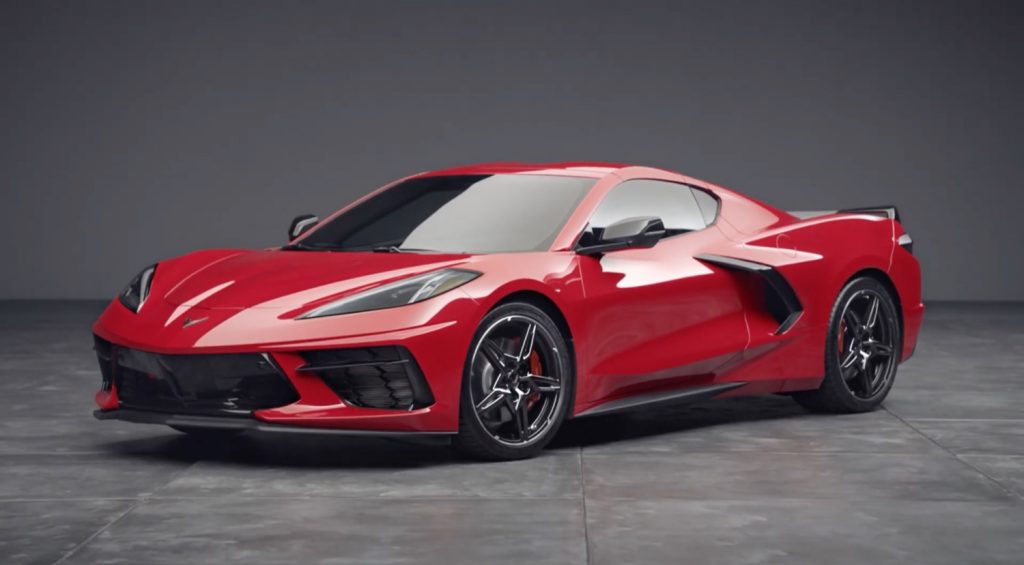 It may seem like Bloomberg was a bit mean to the C8 Corvette, but Chevy fans can take solace in the fact that two other high-end, mid-engine sports cars were also on the same list: the Lotus Evora and McLaren 570S. The newspaper justified its targeting of performance cars on the list by pointing out that Porsche, Ferrari, Audi and others all manage to produce sports and supercars with nice cabins, though offerings from those companies do not have the same horsepower-per-dollar value of the C8 Corvette.