While the C8 Corvette has all the right stuff to slay it in the corners, the mid-engine layout also provides loads of traction off the line, making it a great choice for drag racing as well. Now, a bone-stock C8 Corvette is going head-to-head with a modified Shelby Mustang GT350 in the following video. 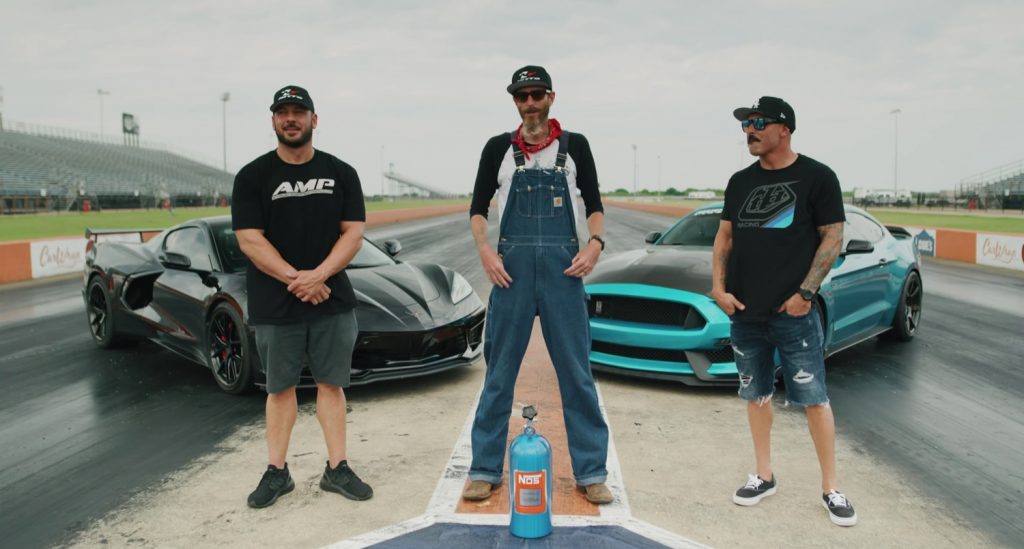 Recently posted online by the Driving Line YouTube channel, this drag race video is more than just a comparison of horsepower – it’s also a measure of driver skill. In one corner, we have the Shelby Mustang GT350, a front-engine muscle machine upgraded with a new 3.0L Whipple supercharger to produce a claimed 875 horsepower. 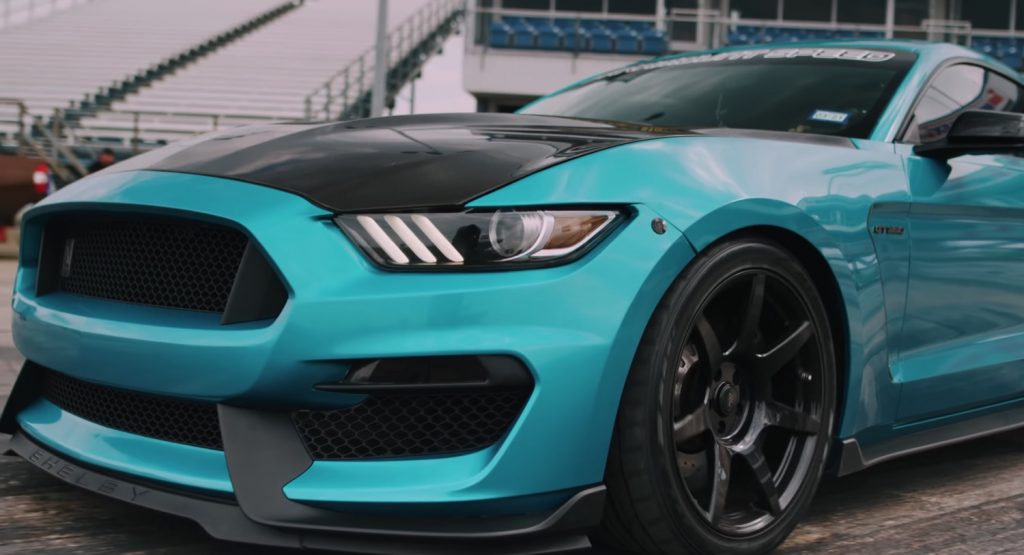 That’s a ton of go, and based on numbers alone, the challenger seems a bit outgunned. In the other corner is a stock C8 Corvette with the Z51 Performance Package, which bumps up output from the naturally aspirated 6.2L V8 LT2 engine to 495 horsepower and 470 pound-feet of torque thanks to the inclusion of the factory performance exhaust system (the video lists output as 470 horsepower, but the producers may have confused power and torque numbers). 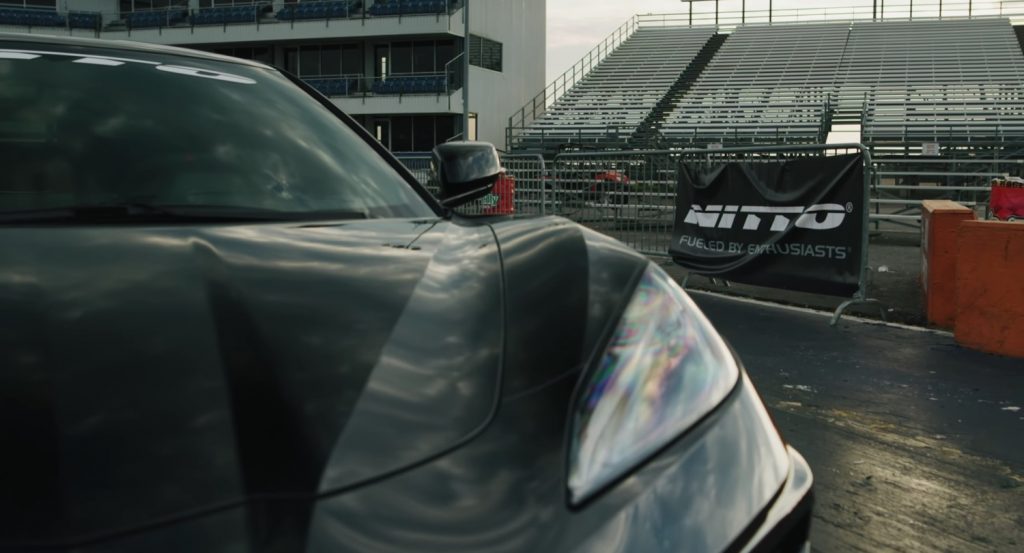 While the Mustang is the clear favorite, it’s running Nitto NT555R drag radials, which, while very sticky for street rubber, may not have all the traction needed to lay down the claimed 875 ponies.

What’s more, there’s a difference in driver skill as well, with the C8 Corvette driver saying that he’s raced his entire life, and the Mustang driver saying he’s done some motocross racing, but nothing in a car. 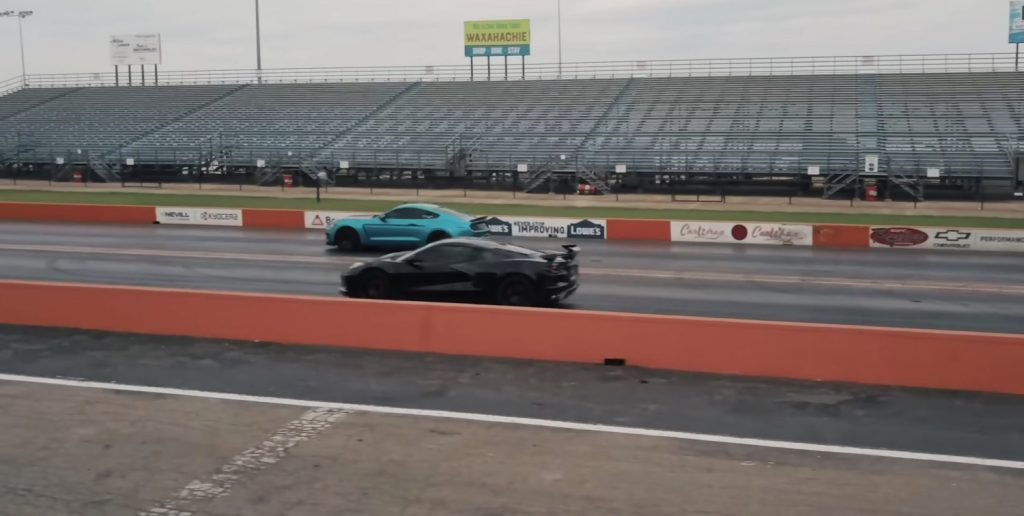 With so many different factors, it’s not so clear cut who will come out on top in this particular contest. Either way, post your predictions in the comments, then hit play to see how it all goes down.