With a supercharged 6.2-liter LT4 V8 engine producing 650 horsepower and 650 pound-feet of torque, the C7 Corvette Z06 has a reputation of being a bit of a difficult car to drive.

A Corvette Z06 owner in Grafton, Illinois was reminded of the supercharged sports car’s tendency to bite back when he lost control of the vehicle while trying to race a couple of Mustangs. Unfortunately for the Corvette Z06 owner, the incident was also caught on video by an interested onlooker and was then covered by The Daily Mail, so thousands of people can now re-live his rather catastrophic error. 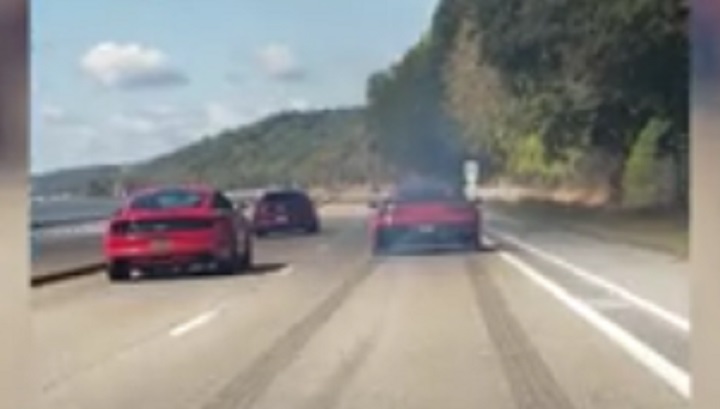 The video shows the Corvette lining up alongside what appears to be a fifth-generation Shelby Mustang GT500 and a sixth-generation Mustang GT. When the three cars decide to punch it, the Corvette begins to spin its rear tires, causing it to careen across the parallel lane, over the concrete median and into oncoming traffic. The car comes to a stop before proceeding very far into the lane, but it appears as though an oncoming car still crashes into it at low speed. The driver of the Mustang GT also has to get on the brakes hard to so they don’t get collected by the Corvette careening wildly across the lane. 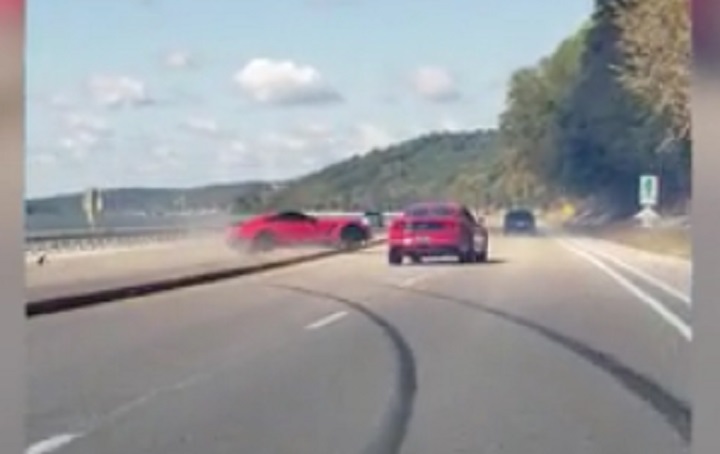 This video will probably rather satisfying watch for Mustang fans. The abundance of videos online showing Mustang drivers getting into clumsy crashes has made the car the laughing stock of the online automotive community, so we imagine they’ll love to see a clip showing a rival Chevy product crashing as two ‘Stangs drive away unscathed. We’re all for a bit of fun rivalry, but we tend to put all that aside when it comes to crashes. Let’s hope this Corvette Z06 driver, along with the innocent driver he seems to have collected, all walked away from this wreck unhurt.