Combo big power with low weight, and you have yourself a winning one-two punch, as seen with the supercharged Chevy Nova featured in the following AutotopiaLA video.

This little 1965 Chevy II Nova was built by Jon Henson from Currie Enterprises, who originally found it for his friend. Henson’s buddy wanted a new ride, so Henson searched and found this two-door in Los Angeles as a clean, original-owner vehicle. Henson’s friend eventually had to sell the car, but Henson didn’t wanna see it go – so he bought it.

However, as expected of any custom car builder, the desire to modify the classic Chevy Nova overpowered the desire to keep it factory.

“Literally I drove it to one Cars And Coffee, and I put it on jack stands,” Henson says. 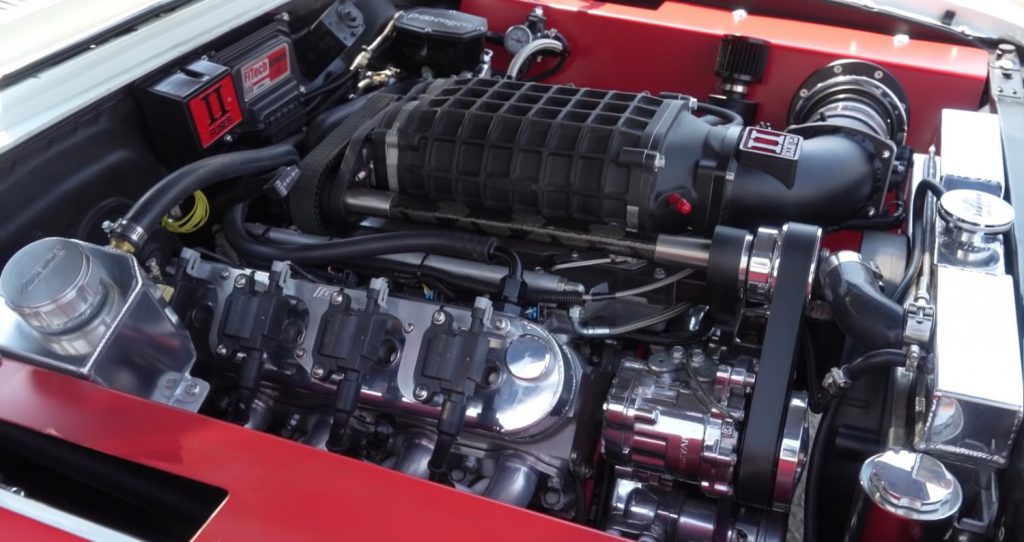 Naturally, there was no half stepping with the build. First up was a new 6.0L V8 with LS3 heads and a 2.3L Magnuson TVS2300 supercharger, mated to a TCI Stage 3 4L60E transmission. The V8 now exhales through a Gibson exhaust and drives a Currie nine-inch rear end.

This Chevy Nova weighs just 2,700 pounds, which isn’t much for the 750 horsepower it now produces. Henson also says the two-door spun the rollers with 630 horsepower at the tire.

The Chevy Nova has plenty of power, that much is for sure, but its also got the complementary suspension upgrades to actually put some of those ponies to good use, including a Mustang II front end with QA1 coilovers, and a TCI four-link rear with Ridetech coilovers. Throwing the anchor are Wilwood brakes squeezing drilled and slotted rotors.

Outside, Henson added vents to the hood to help shed some of the heat made by the new supercharged V8 engine. He also added a custom CNC spoiler on the trunk, which looks subtle but trick, and pairs well with the custom sideview mirrors. The corners mount five-spoke wheels, sized at 18 inches in diameter and wrapped in Falken rubber. 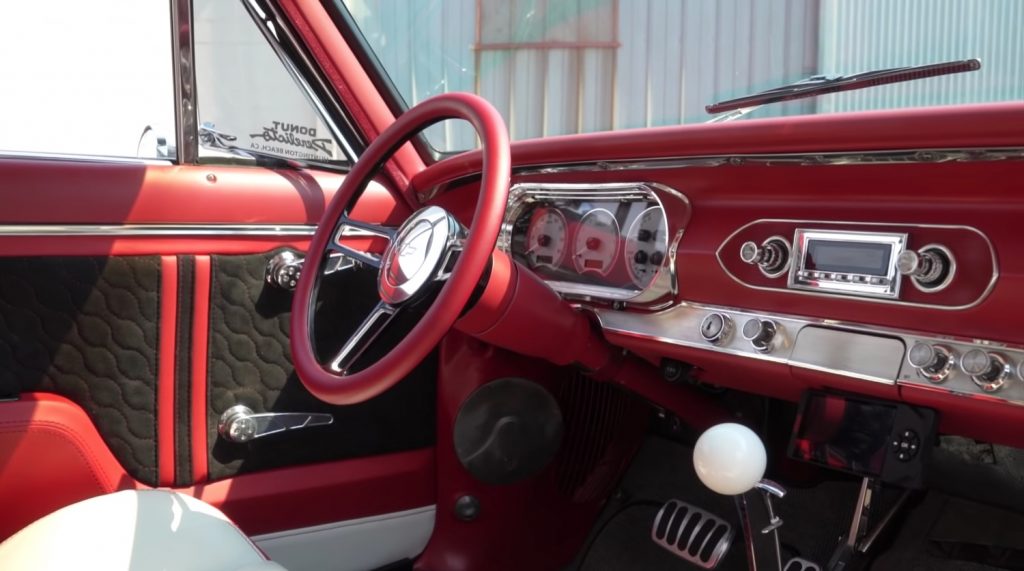 The interior is fully kitted out as well thanks to TMI, now sporting a custom white, red, and black designed to match –  wait for it – Henson’s shoes.

This Chevy Nova is one sweet little sled, so check it out by hitting play on the video below.