Back in the late ‘70s, in response to the 1973 oil crisis and the 1979 energy crisis, automakers began to produce smaller, more fuel-efficient vehicles. That included General Motors and the Chevrolet Chevette, the latter of which ended up becoming America’s best-selling car for a period, with Chevrolet selling an impressive 433,000 units in 1981, and 233,000 units in 1982. 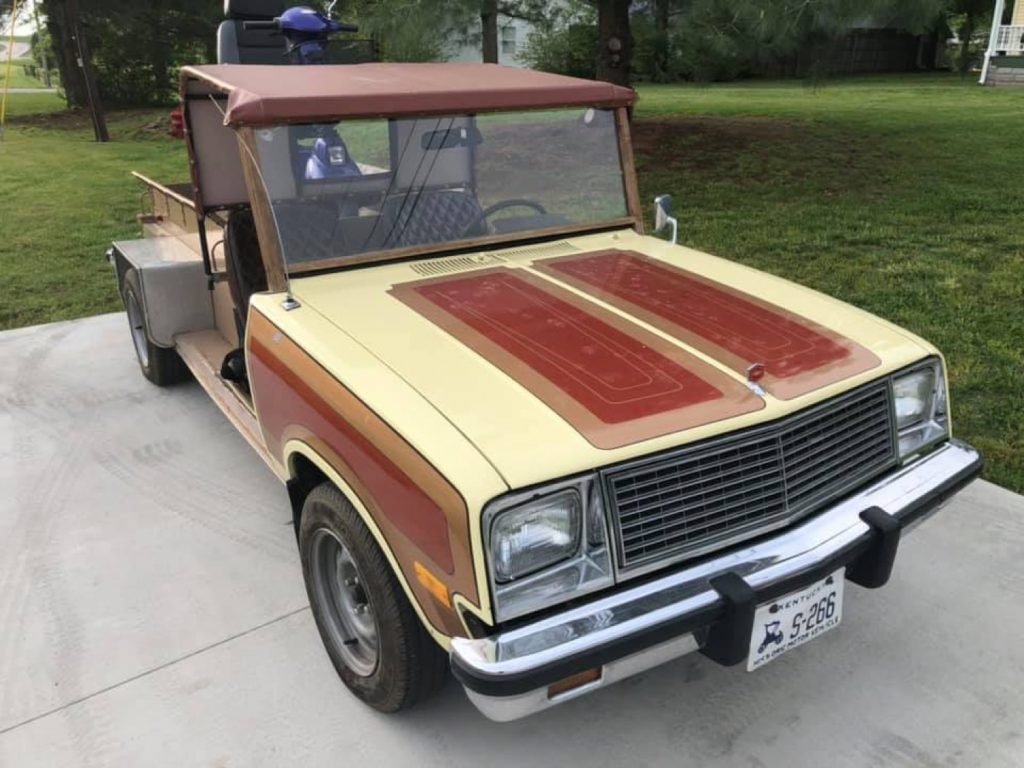 Posted for sale on Facebook Marketplace, this custom Chevette is located in Hodgenville, Kentucky, and comes with a vast swath of unique touches that utterly transform it. The biggest changes can be found from the A-pillar back, where this 1981 Chevrolet Chevette now rolls with a pickup-style body mod. It looks as though the roof was chopped off and the rear body panels were removed, while square fenders were fabricated over the rear wheels and the rear cargo hatch was morphed into an open bed. 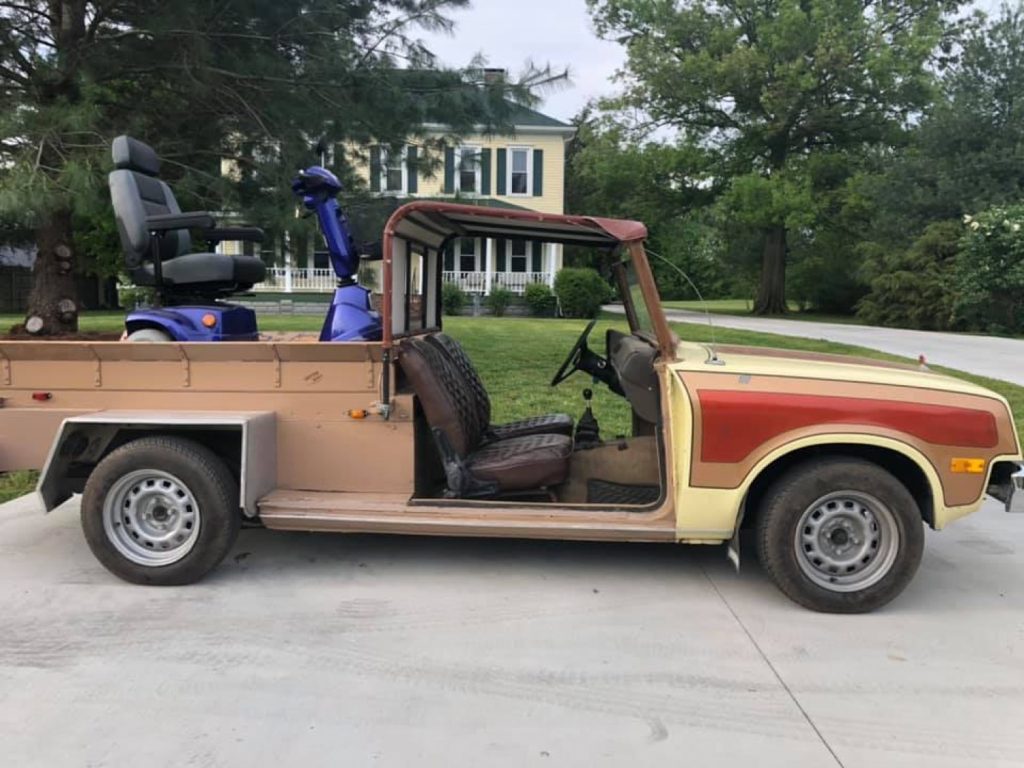 The rear cargo area is big enough to fit a mobility scooter, as demonstrated in the photos, and comes with a bumper sticker that reads “Why live in the city and be poor? – Farm!” 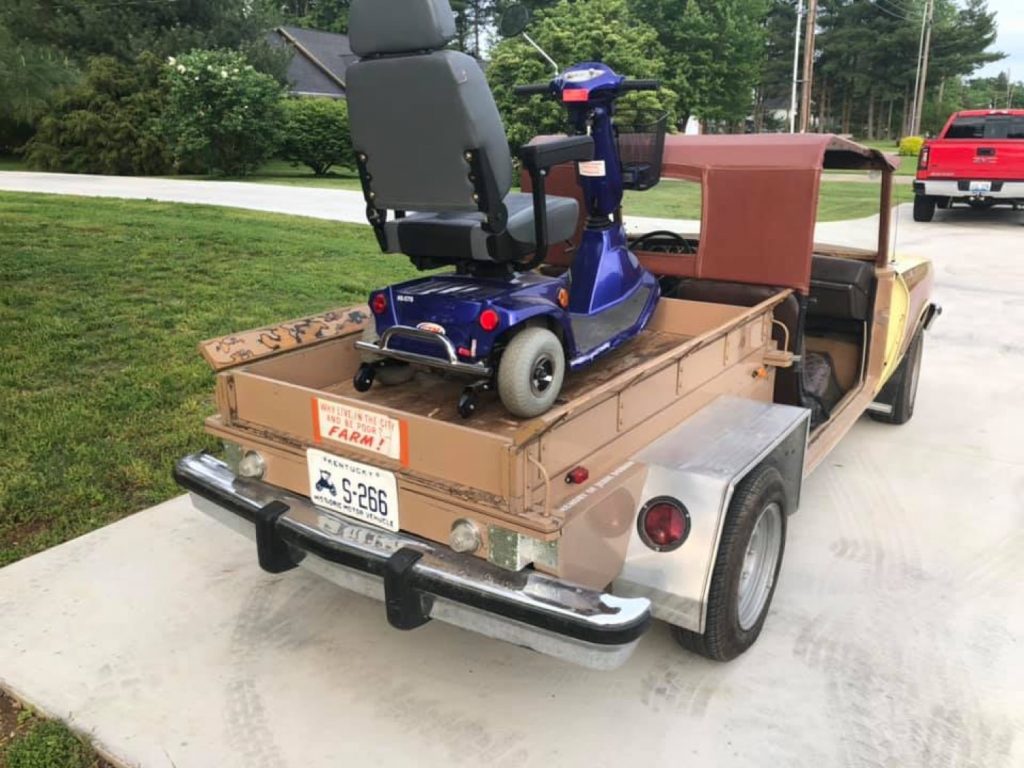 The cabin retains a familiar dash, gauge pod, and two-spoke steering wheel, while the two bucket seats are covered in diamond-pattern upholstery. The roof now appears to be canvas stretched over a metal frame, while both doors are missing, almost lending it a kind of golf cart vibe. 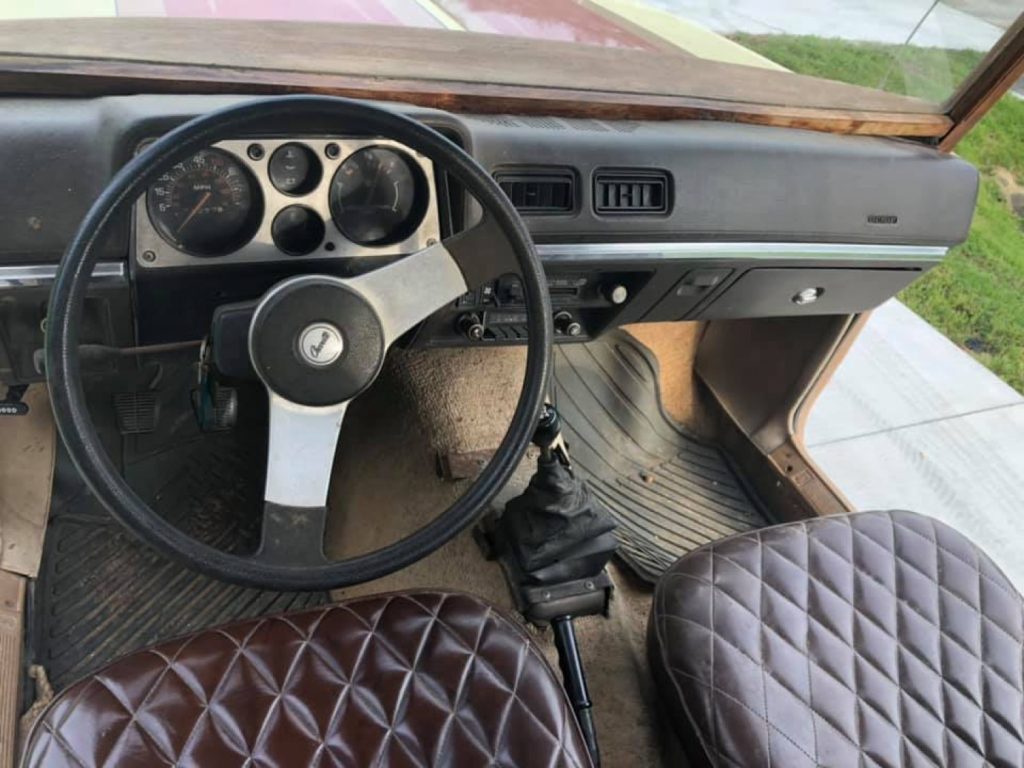 Everything ahead of the A-pillars looks to be Chevrolet Chevette, with tan and red graphics on top of light yellow paint. We also notice that the front and rear are equipped with Kentucky historic motor vehicle plates. 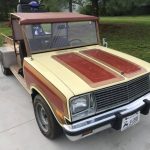 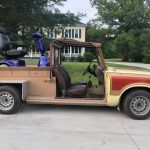 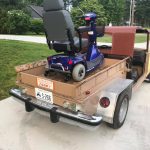 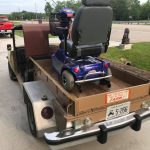 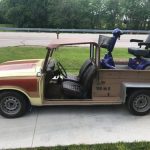 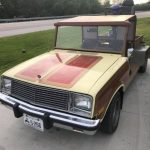 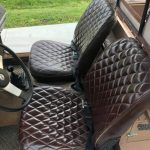 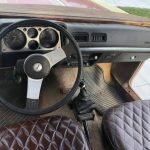