The Chevrolet Suburban was first introduced way back in 1935 and is now the longest-running nameplate in the automotive industry. The vehicle has changed a ton in that time, morphing from a no-nonsense utility aimed mainly at fleets into a high-end family hauler packed with entertainment and safety features.

It would be pretty hard to catalog all the ways the Chevrolet Suburban has changed over the years, but FleetLogging recently put together a pair of helpful infographics that clearly display just how this American icon has evolved in its 85-year lifespan. 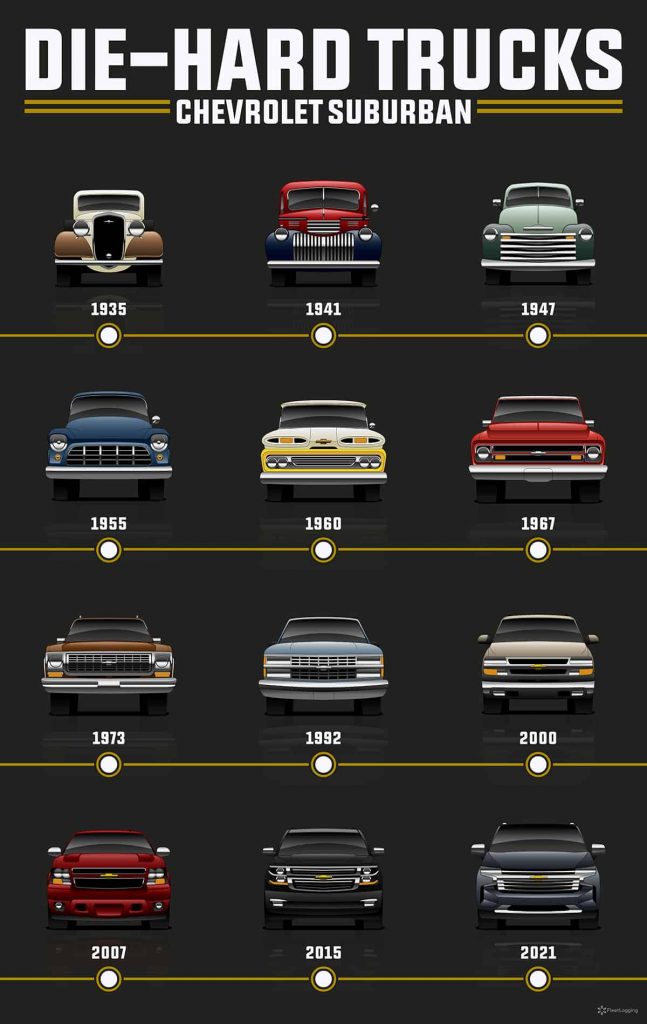 The first-ever Chevrolet Suburban, introduced in 1935 as the ‘Carryall Suburban’, could seat up to eight people and had a massive 115.1 cubic-foot cargo area with the third-row seats removed. The inline-six engine only made a modest 60 horsepower, but this was plenty for the fleet buyers that it was marketed toward. The Carryall Suburban, which was really a heavy-duty station wagon rather than a true SUV, was also offered with either side-hinged rear-panel doors or a rear tailgate. 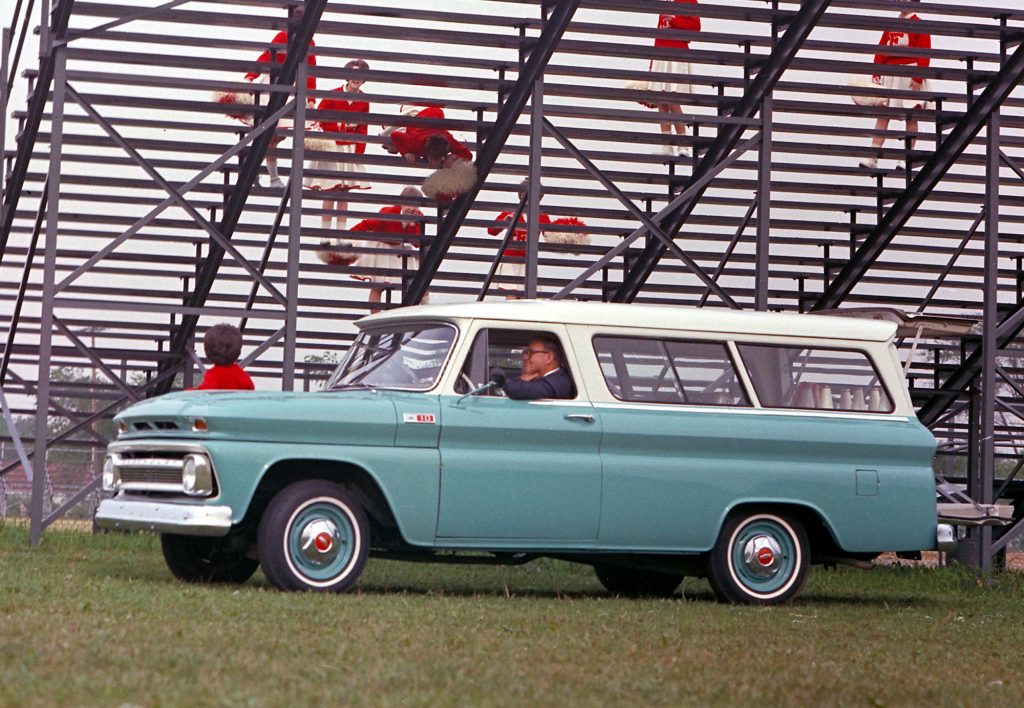 The Chevrolet Suburban remained popular with commercial buyers in the years following its introduction before experiencing a large amount of growth among private customers in the post-World War II years. The vehicle began to slowly morph into more of a balanced family offering before going mainstream in the 1990s with the SUV boom – a craze that the Suburban is still riding high off of. GM says that while “many customers were new to the Suburban,” at this time, it still had “a legion of longtime owners over the years who appreciated the added utility and off-road capability that it offered over a station wagon. 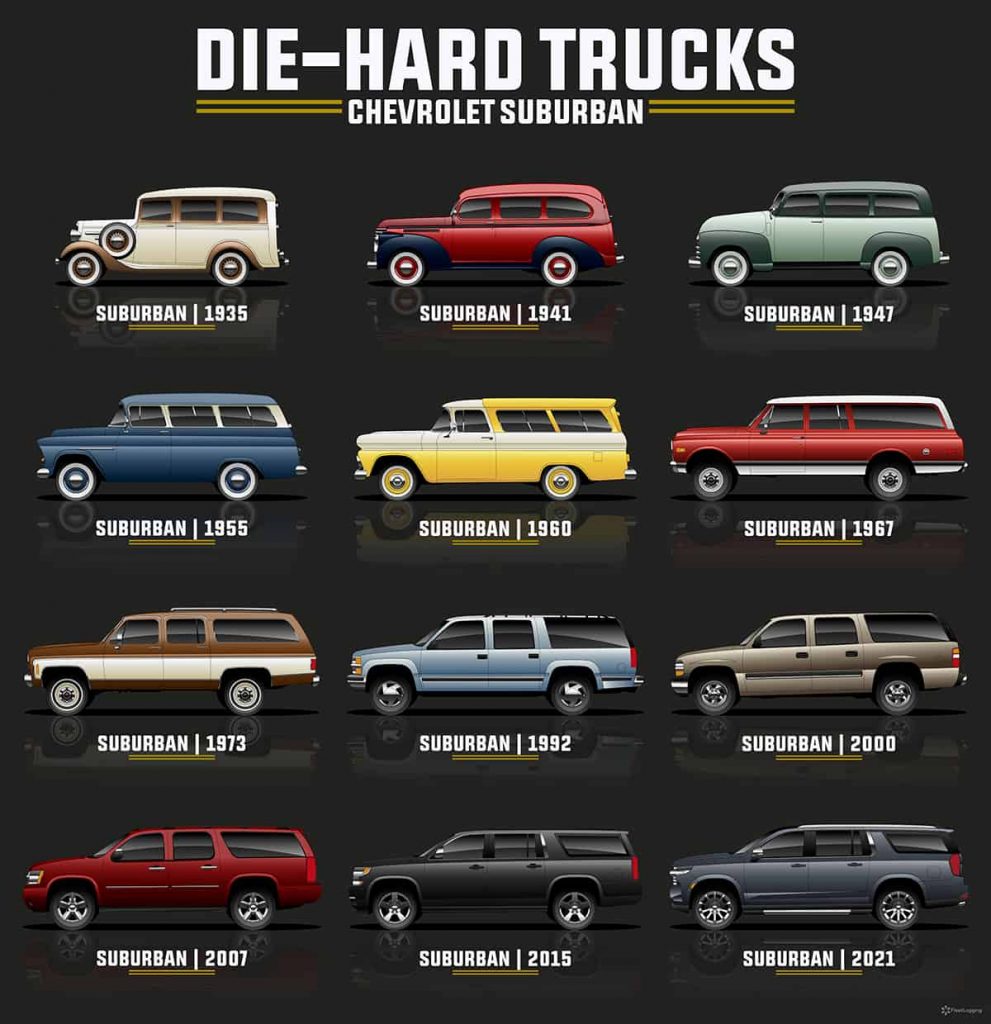 “From hauling Little League teams and their equipment, to towing a horse trailer on the ranch, or transporting a work crew to a job site, the Suburban had become a great part of the culture,” Chevrolet says. 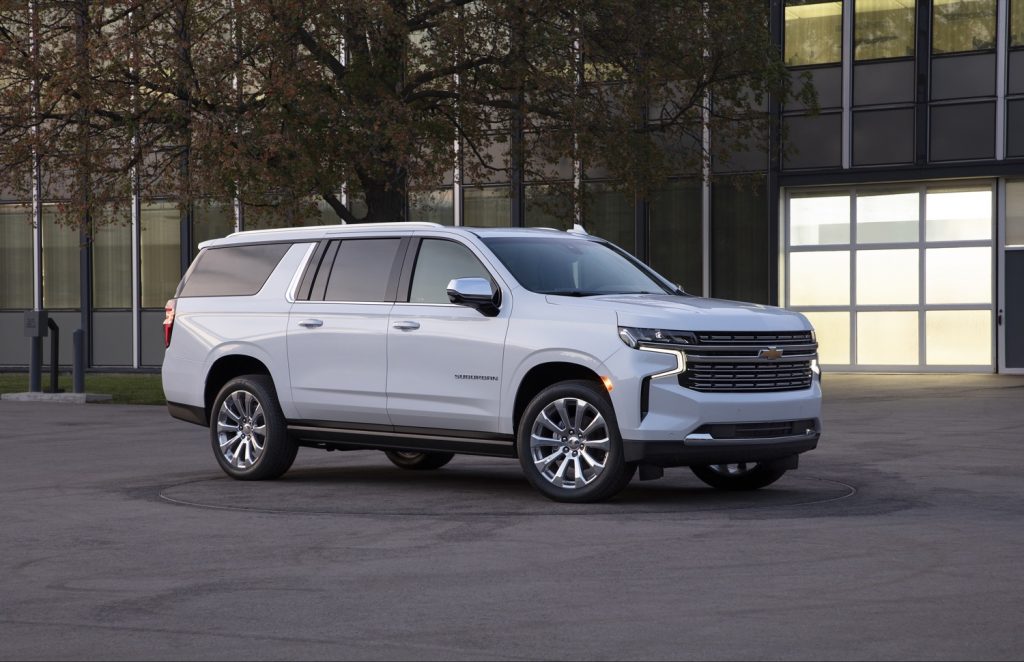 The twelfth-generation Chevrolet Suburban, introduced for the 2021 model year, is perhaps the biggest evolution the Suburban has made to date. This latest iteration of the iconic family hauler rides on an all-new T1 platform with independent rear suspension and is available with a GM 3.0L LM2 inline-six diesel engine – both firsts for the nameplate. The standard engine is a GM 5.3L EcoTec3 V8 engine, which is paired with a GM 10-speed automatic transmission and rear-wheel-drive.