General Motors launched the all-electric 2021 Buick Velite 7 subcompact crossover last July, introducing Buick’s very first zero-emissions utility vehicle. Although the Velite 7 is exclusive to the Chinese market, GM Authority has new images of the EV crossover, captured as it plies some rain-soaked roads out in the real world. 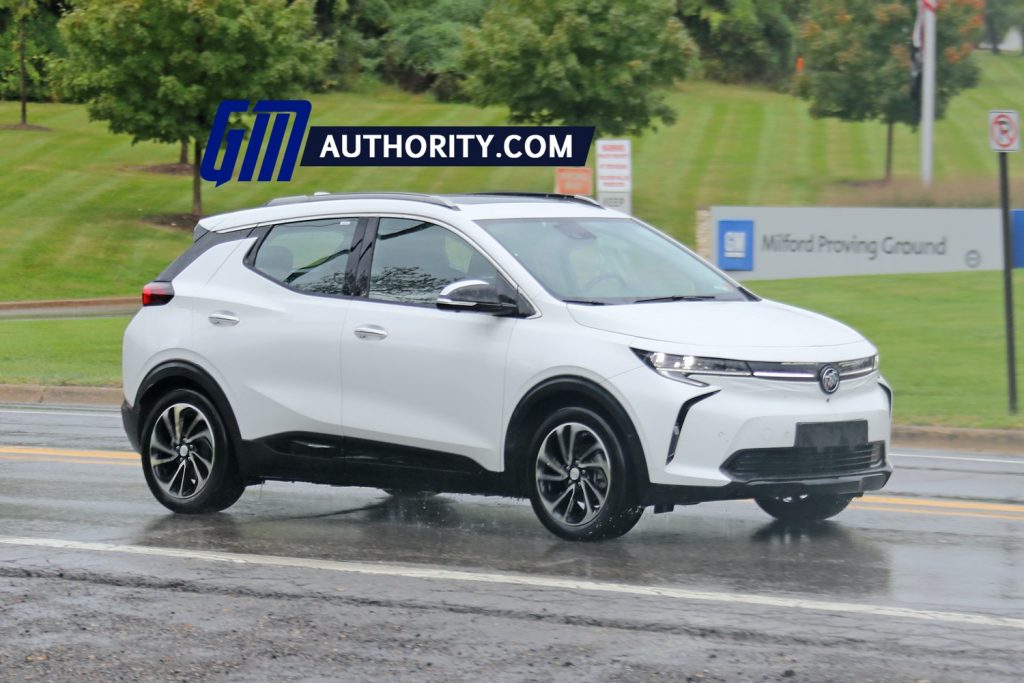 We’ve previously seen the 2021 Buick Velite 7 in various press shots and leaks, but this is the first time the EV crossover has been spotted out on the road. The all-electric utility bears a now-familiar front fascia, with pointed lighting elements drawn across the nose and horizontal signature lighting, as well as creased lower styling lines. 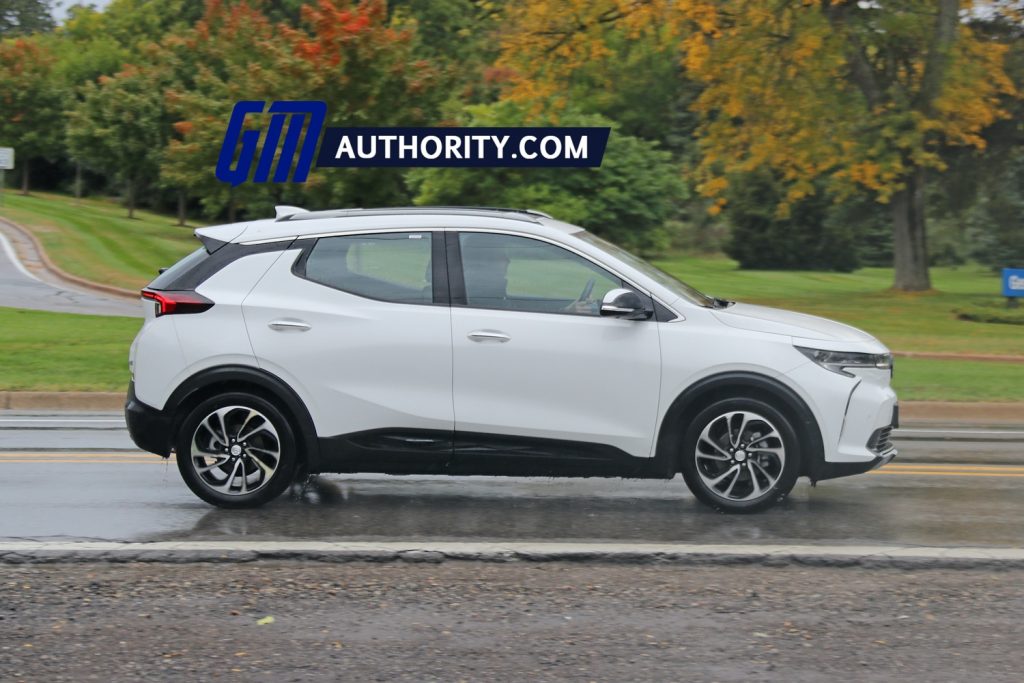 The profile shows off with black lower body pieces, while the wheels use a two-tone black-and-silver design. The black cladding continues into the rear, where we also find horizontal lighting for the tail lamps. A spoiler is attached to the top of the hatch. 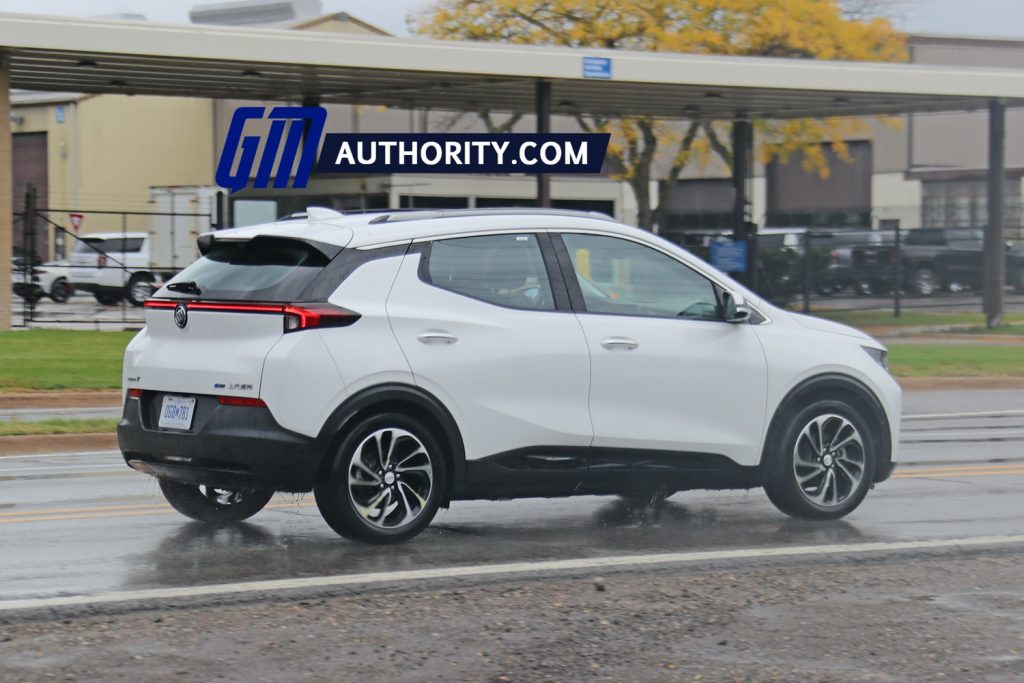 The 2021 Buick Velite 7 is based on the GM BEV2 architecture, the same underpinnings as the Chevy Bolt EV and Chevy Bolt EUV. Providing the juice is a lithium-ion battery with higher energy density and improved cell chemistry, as well as as a BMS thermal management system. Range-per-charge is estimated at about 500 km, or 311 miles, per the New European Driving Cycle (NEDC). As such, the Velite 7 is the most efficient electric crossover in its class. 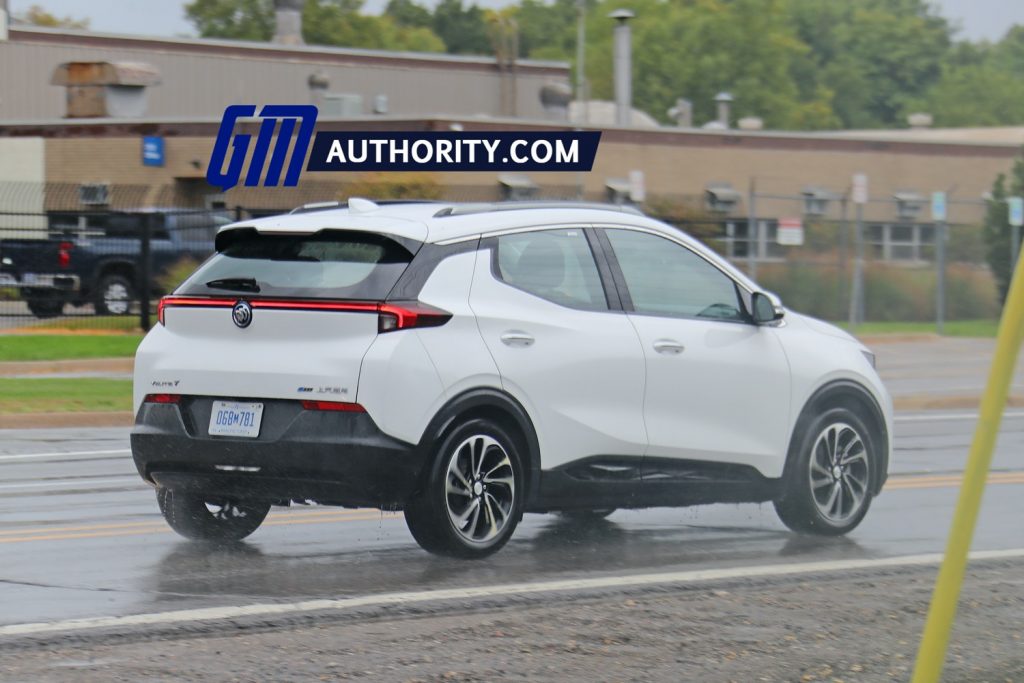 Essentially, the 2021 Buick Velite 7 is the same vehicle as the Chevy Bolt EUV, just with different styling. The sizing will be roughly the same, measuring in at 167.8 inches in overall length, 69.9 inches in width, 63.7 inches in height, and an overall wheelbase of 105.4 inches.

What do you think, dear reader? Doe these photos make you wish the 2021 Buick Velite 7 was sold stateside as well? Let us know in the comments, and make sure to subscribe to GM Authority for more Buick Velite news, Buick news, and around-the-clock GM news coverage.