Demand for the all-new 2020 Corvette is sky high, with Bow Tie brand fans and sports car buyers alike eager to get their hands on the first-ever mid-engine Vette built for production. Now, one buyer has a brand-new 2020 Corvette Coupe to call their own after plunking down an eye-widening $370,000 at auction to bring it home. 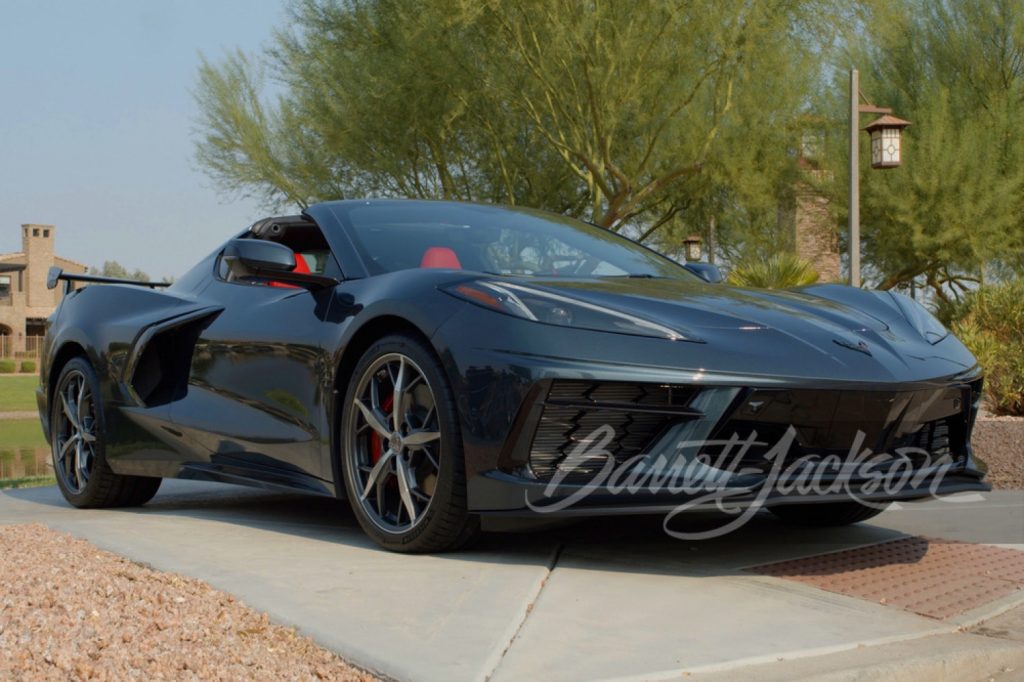 That was the final price for the 2020 Corvette Coupe featured here, which recently went up on the block at the recent Barrett-Jackson Fall Auction 2020 event. As GM Authority covered previously, the event also offered up a gorgeous 1959 Chevy Corvette restomod. However, the sale of the eighth-gen model featured here was a little different. 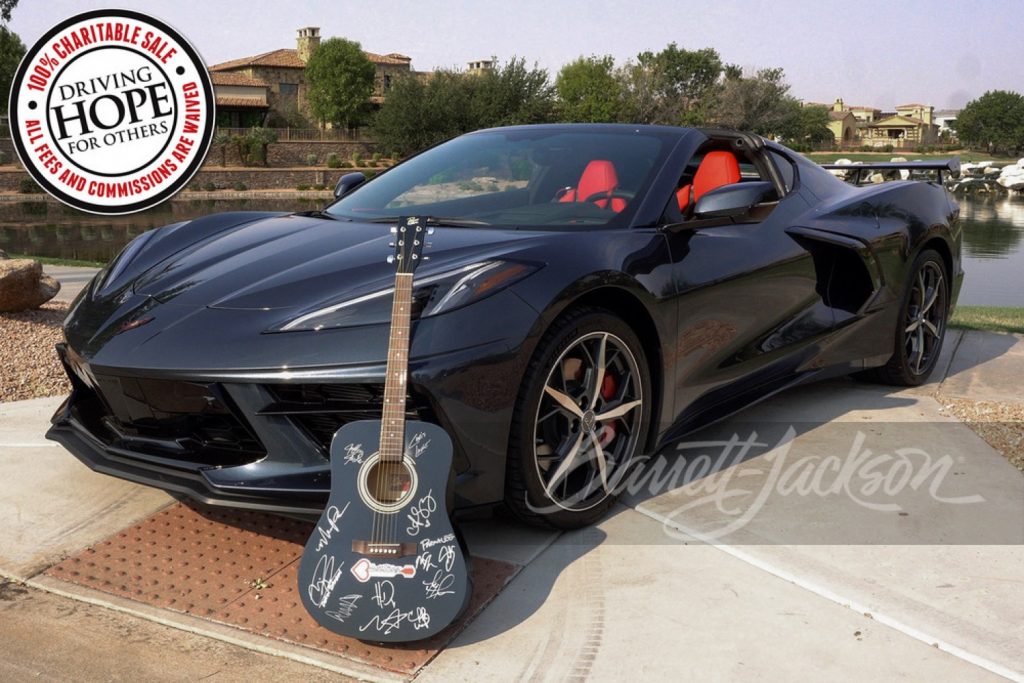 That’s because all of the proceeds from this 2020 Corvette went straight to charity, specifically the HeartStrings Foundation, which provides guitars to veterans and active members of the military and their families “so they may integrate music into their recovery.” The charity also donates guitars to children’s hospitals, drug cessation programs, music therapy programs, transitional housing for battered women, first responders, and other non-profit organizations. 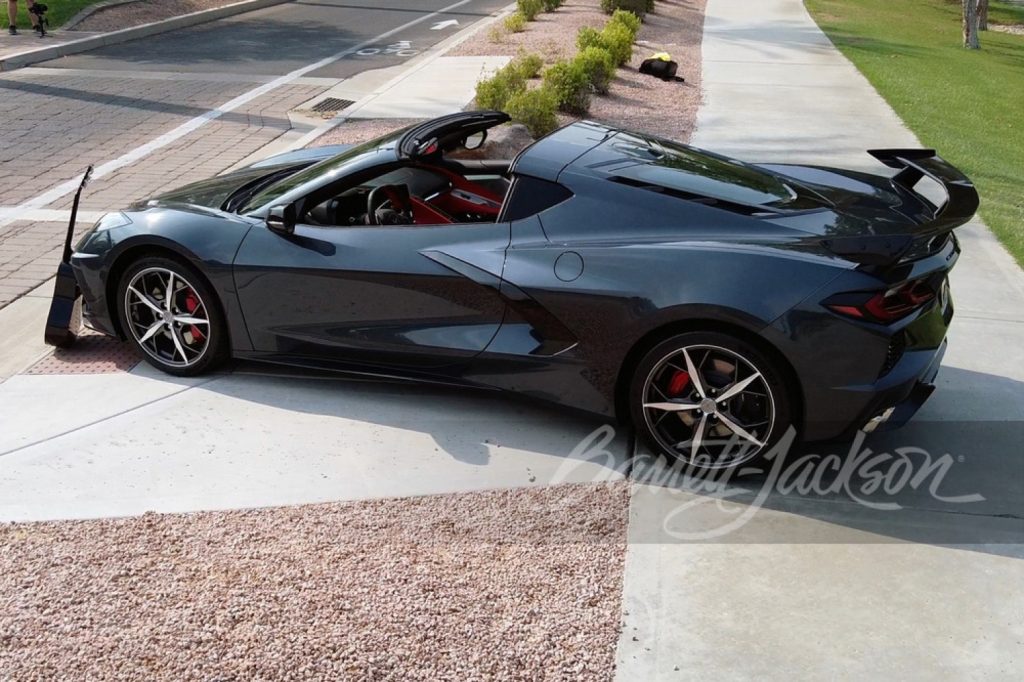 As for the 2020 Corvette itself, this model is covered in Shadow Grey Metallic paint, which is matched to an Adrenaline Red interior treatment. Equipped with the range-topping 3LT trim package and the Z51 Performance Package, this mid-engine superstar comes with all the right stuff, including a high-wing spoiler, performance exhaust system, Spectra gray machined trident spoke wheels, and a 14-speaker Performance Series Bose stereo. 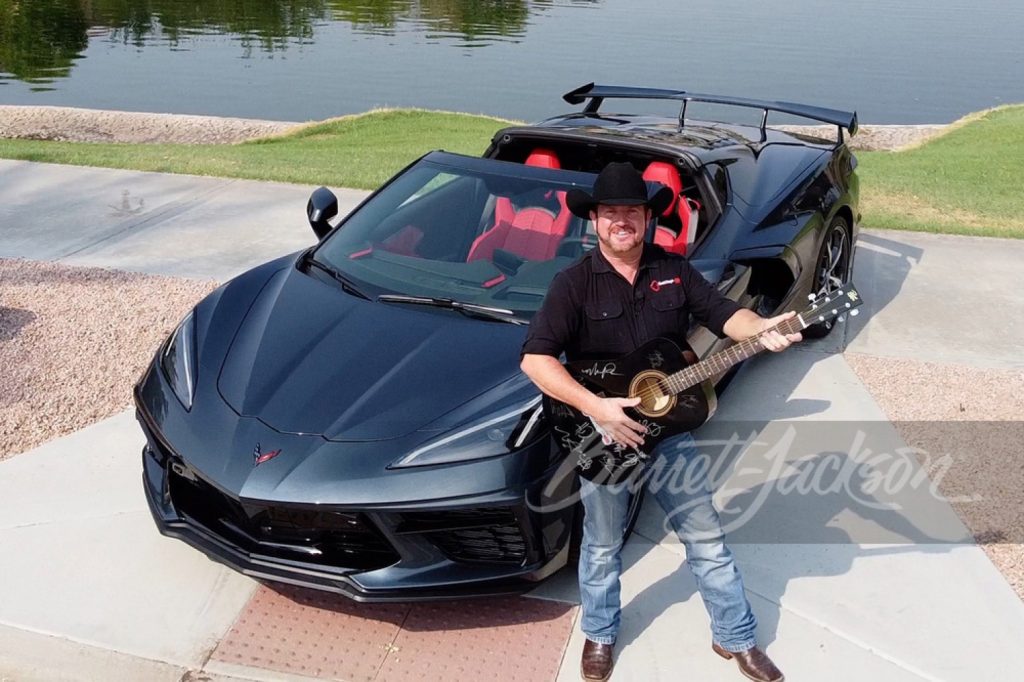 All told, $370,000 ain’t chump change, but considering the proceeds go to a good cause, plus the signed guitar, it’s a good thing to see all around.