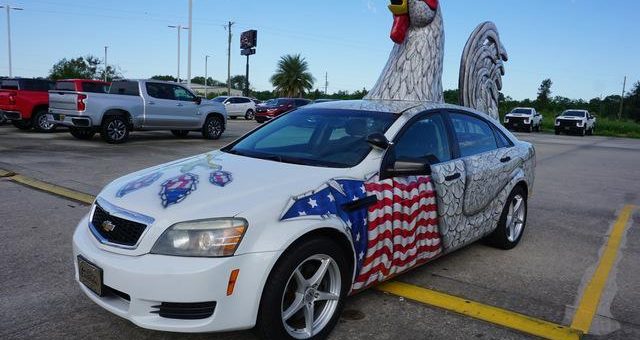 The somewhat strange design of the hood decal on the Pontiac Firebird Trans-Am led fans to nickname the car the “scrreaming chicken.” This 2011 Chevrolet Caprice gives new meaning to the term “screaming chicken”, though, with a massive, angry-looking chicken statue adorning the vehicle’s roof and rear end. 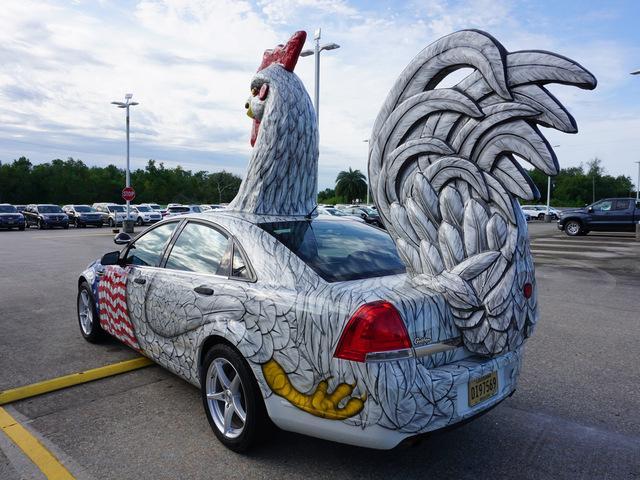 We’re not too sure what the backstory is with this Chevrolet Caprice, which is currently for sale at Golden Motors in Cut Off, Louisiana, but it seems likely that it was used as a promotional vehicle for a business of some sort. Whether that business was some sort of fried chicken store, just selling eggs out of the vehicle’s trunk, or some other venture is unclear, but it seems unlikely that anyone would do this to their vehicle just because they liked the way it looks. Then again, we’ve certainly seen people do crazier things to their vehicles. 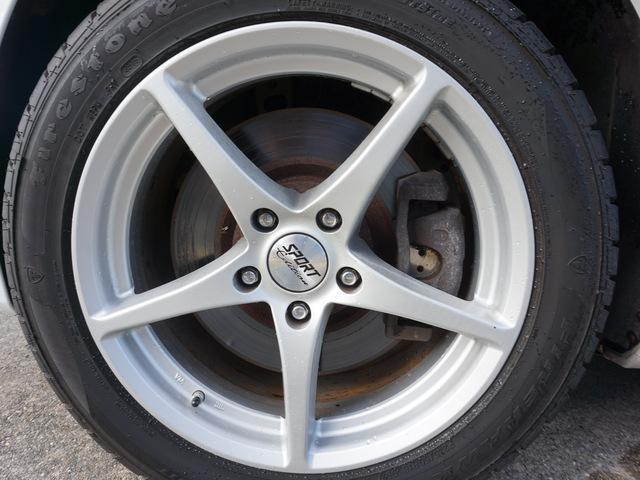 Underneath the chicken suit sits a rather clean 2011 Chevrolet Caprice – which is essentially just a left-hand-drive Holden Commodore. That means it has a GM L77 6.0L V8 under the hood sending power to the rear wheels, making this a solid, inexpensive platform to build a fun drift or drag car around. This car has also been used quite sparingly, it seems, as it has accumulated just 80,504 miles since 2011. 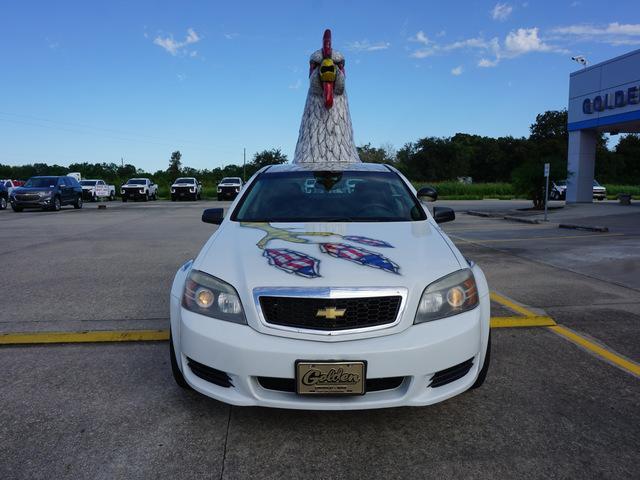 The vehicular chicken costume applied to this ex-law enforcement vehicle would be fairly easy to remove, it seems, so this vehicle could actually be a decent grab for any General Motors enthusiasts looking to get behind the wheel of a no-nonsense, rear-wheel-drive Chevy product that won’t break the bank. We say could because for some reason, the dealer has this car listed for sale for nearly $44,000. That’s about $34,000 more than we expected it to cost, so the chicken outfit must be worth a whole lot more than we thought it was.

Check out the listing at this link for this avian 2011 Chevrolet Caprice.