Produced in three generations between the 1964 and 1977 model years, the Oldsmobile Vista Cruiser is one of those classic station wagon models. Best known for its capacious cabin and ability to transport the whole family to and fro, this particular example brings extra muscle car attitude to the mix thanks to a heaping dose of Hurst/Olds inspiration. 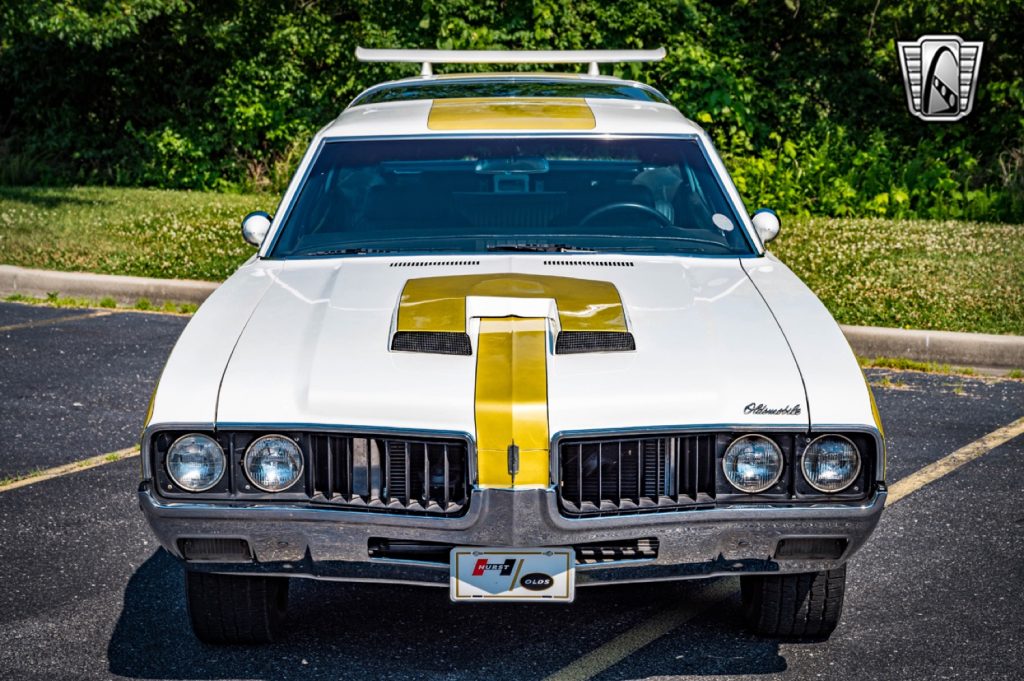 Outside, this 1969 Oldsmobile Vista Cruiser sports a classic Hurst/Olds 442 design scheme, with an iconic white and gold color treatment, as well as two large hood scoops added up top, and even a large wing for the extended roof section. Granted, the wing looks a bit odd against the extra glass around the hatch section, but for wagon fans, it’s a cool thing to see. 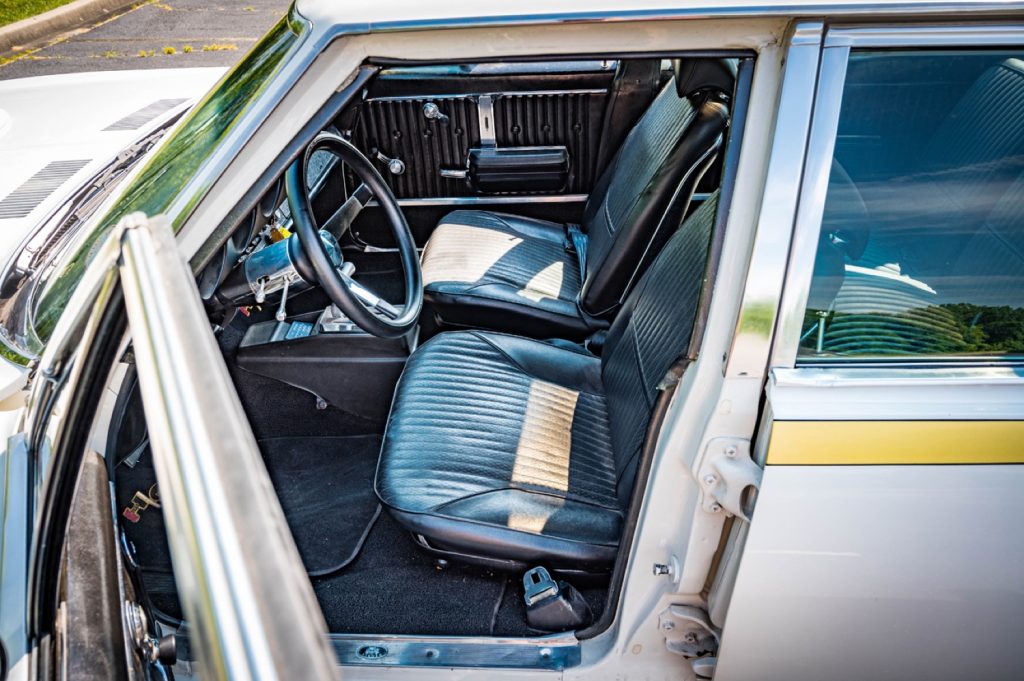 Inside is a black interior vinyl interior, plus seating for up to nine passengers. This Oldsmobile Vista Cruiser also comes with a few modern amenities, such as a working CD player. Keeping the family comfy is “ice cold AC.” 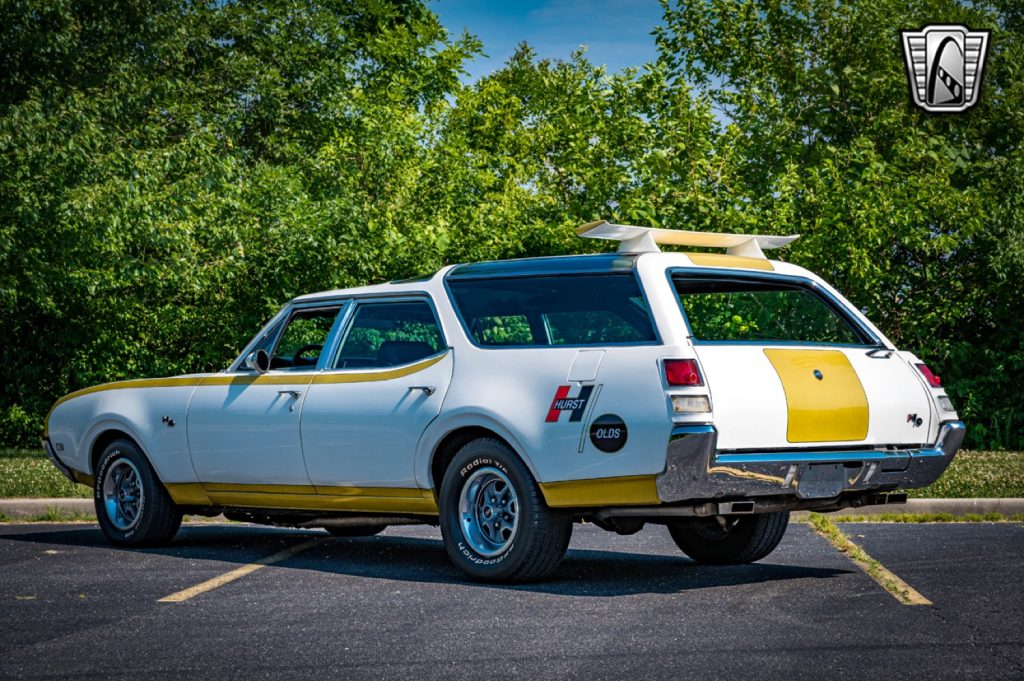 And of course, we can’t forget all the extra sunlight that enters the rear of the wagon thanks to the extra glass up top – although some of the light might be blocked by the enormous wing mounted to the top of the roof! 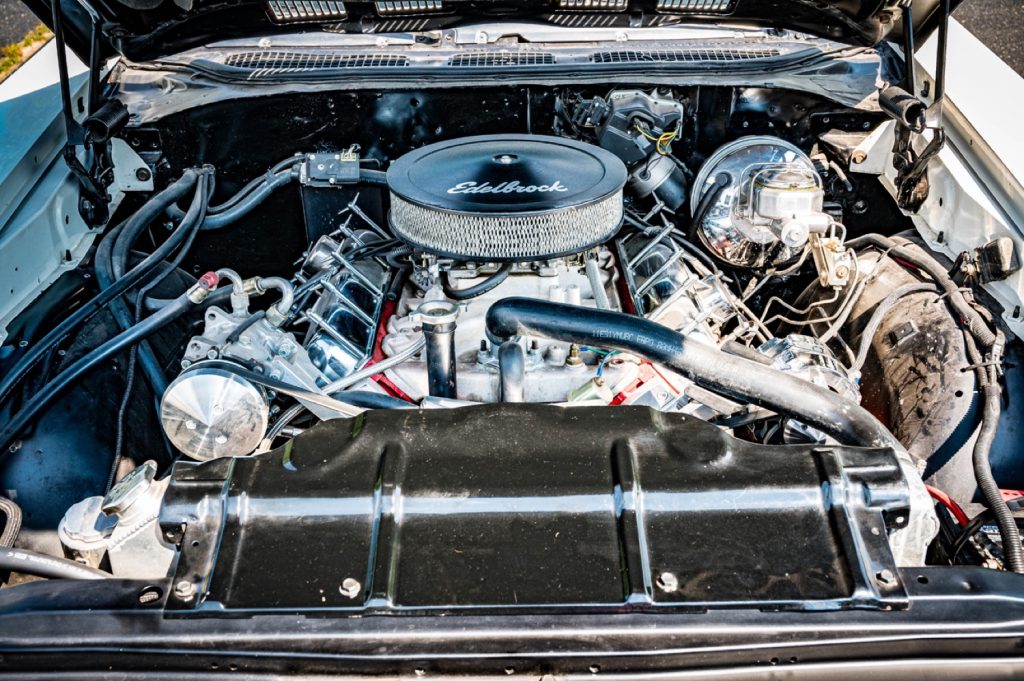 Funny enough, two custom Oldsmobile Vista Cruiser wagons were built as 442 models with the W30 package back in the day. This particular model isn’t one of them, but it nonetheless comes equipped with a rip-snortin’ engine under the hood, specifically 455-cube V8 mated to a 700R4 automatic transmission. There’s also power brakes and power steering to make driving it that much easier. 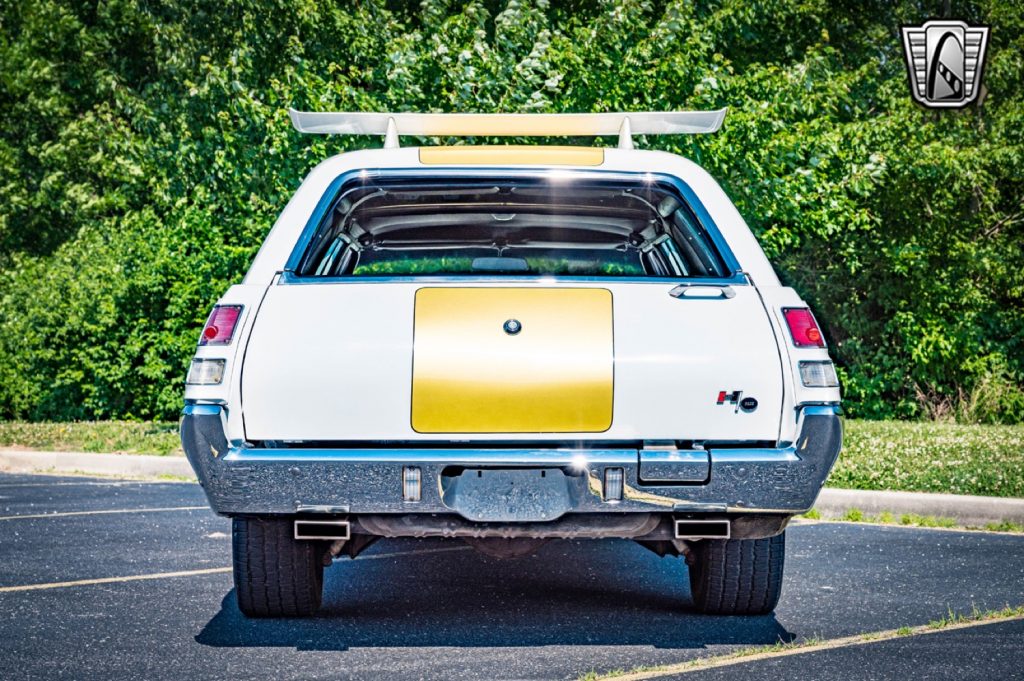 Now, this Hurst/Olds-inspired Oldsmobile Vista Cruiser is on offer from Gateway Classic Cars in Illinois, priced at $31,500. The seller also states that it has roughly 6,000 miles on the clock since its was rebuilt in 2011 with the new engine and transmission. Check it out in the walkaround video below. 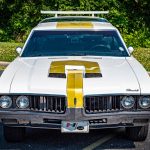 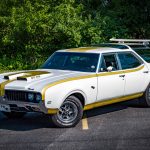 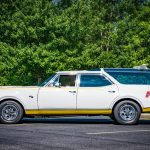 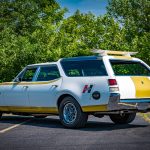 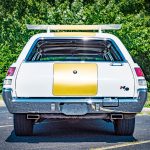 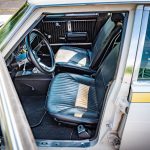 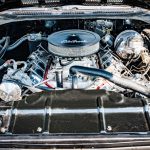