The C2 Corvette is widely considered to be one of the most attractive automobiles ever produced, so it’s no surprise that they are one of the most common platforms for modern-day restomod creations. While we would like to see as many C2 Corvettes as possible remain original, we really can’t fault anyone for wanting to combine the looks of an original Stingray with the performance of a current-day supercar. 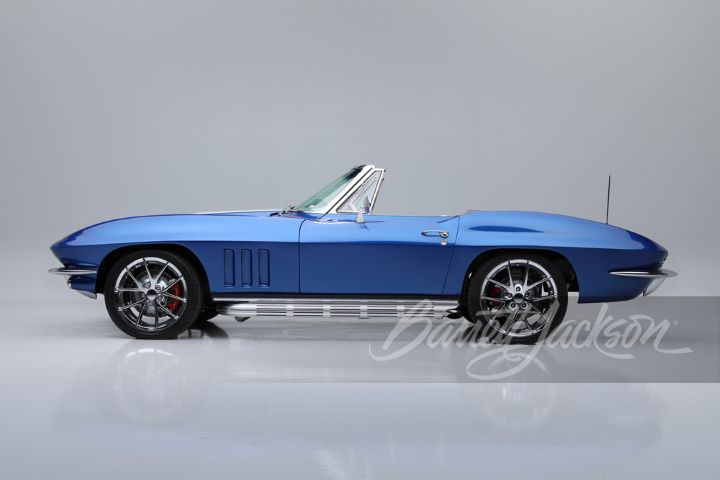 This 1966 Corvette Convertible restomod, which will be auctioned off at the Barrett-Jackson Fall Auction this week, appears to the realization of someone with this exact dream. The person who commissioned the build never really got around to driving it, though, as it has only accumulated 600 miles since the car was completed back in December of 2010. That’s a bit of a shame, because under the hood resides a 500-horsepower 6.2L LS3 V8 engine just waiting to be unleashed. Better yet, the engine is paired with a slick five-speed manual transmission. 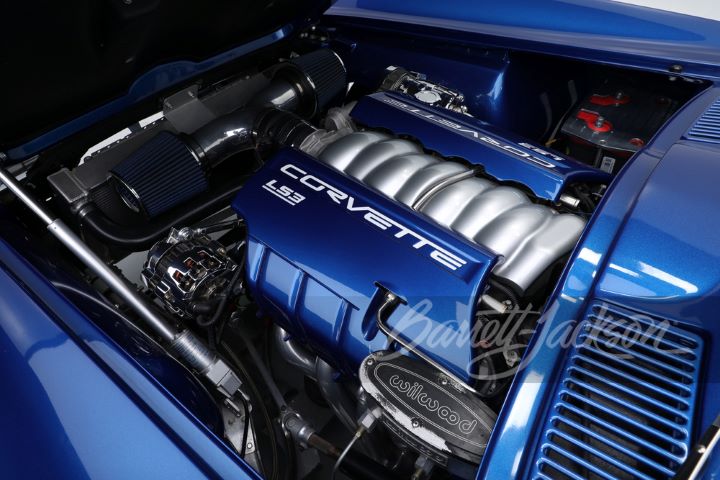 The performance goodies don’t stop with the powertrain upgrades, either. The entire car sits on a new Art Morrison chassis, which incorporates suspension elements similar to those on the C5 Corvette and C6 Corvette. There’s also four-wheel disc brakes (which were lifted from a C5 Corvette Z06) aftermarket aluminum alloy wheels measuring 18 inches in the front and 19 inches out back and a modern-day power steering system. 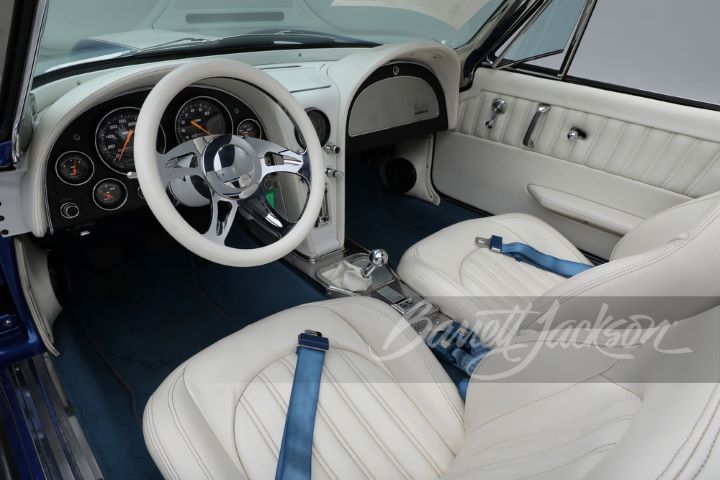 Inside, this unique Corvette Convertible features new Oyster white leather upholstery on the seats, doors and dash, a billet steering wheel, electronic instruments and a Vintage Air climate control system. The vehicle will also come with two roofs – a white soft top that matches the interior and an OEM Oyster-colored hardtop.

Hear what Craig Jackson, chairman and CEO of the Barrett-Jackson Auction Company, has to say about this 1966 Corvette Convertible restomod in the video embedded below. The vehicle is set to cross the auction block on Saturday, October 24th.