This might be a bit painful to read for a few of you out there, but the truth is the Chevrolet Corvette is not known for its immense popularity among today’s younger buyers. Despite its classy good looks and fun-factor behind the wheel, the majority of younger buyers out there typically go for something smaller, more practical, and more fuel efficient. However, as one self-described “young adult” found out, America’s sports car still has loads to offer, even when it’s nearly thirty years old with 200,000 miles on the clock.

Per a recent post to reddit, user PherdBurfell was hunting around for a new daily driver last year, specifically something fun, but without breaking the bank.

“My budget was strict but my dreams were big,” PherdBurfell writes. “Many a rational choice like an older Si or GTI went out the window in the heat of passion. I knew who I was and I knew I was gonna be that guy that’d daily an old sportscar. I went out and bought myself a C4 Corvette to drive year round in Indiana (snow, rain, heat, all of it) sure that it’d work out great… and you know what? It was the best buy I’ve ever made.”

PherdBurfell ended buying a 1992 Chevrolet Corvette C4 with an LT1 and six-speed manual transmission. Although the car wasn’t the prettiest in terms of exterior condition, it had it where it counts with regard to the mechanical bits, so despite the age, PherdBurfell took the plunge.

Now, one year and 40,000 miles later, the new owner is still happy. The only mechanical issue encountered thus far is a cheap fix for a rough idle caused by the idle air control, but that’s it. The owner even took on the Indiana snows, where it still managed to hold its own.

“I’ve done routine maintenance such as oil, brake fluid, coolant, and pads,” PherdBurfell writes. “It’s pretty cheap to insure and surprisingly good on gas. I average 24 mpg through my daily commute of 35 miles but can easily achieve 28 mpg if I drive her gently.”

The owner says their favorite aspect is the driving experience, specifically the way it sounds. “The LT motors and even the earlier L98s sound fantastic. I’ve got the stock exhaust without mufflers and it growls and sounds mean under engine braking while still not droning on the interstate.”

The handling also surprised the new owner with just how good it really was, even compared to something like the owner’s roommate’s Honda S2000. “The S2000 is certainly much more precise on center and more flickable with less roll but in terms of outright grip I’m not so sure,” PherdBurfell writes. “It certainly dusts the S2K in a drag race if nothing else.”

Of course, the Chevrolet Corvette C4 isn’t perfect. PherdBurfell says that comfort is mediocre, and that ingress and egress is a bit difficult, and the cheap plastic interior is a little misshapen. Still, rattles are at a minimum, and there’s plenty of storage.

“All in all, I would make the same decision again without hesitation,” PherdBurfell writes. “To anyone looking for a fun car well under $10K I’d seriously consider a C4 Corvette.”

Check out the C4 on a cold start in the video below. 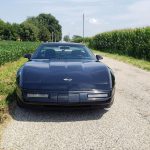 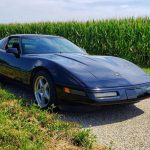 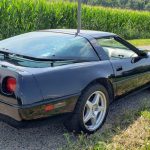 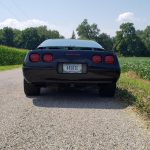 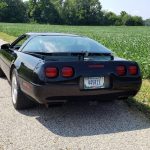 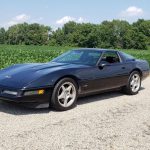 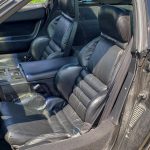 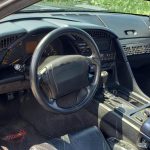 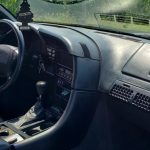