Standing out in the land of custom trucks is no simple matter. These days, it takes tricks galore and an eye for the unique to make something really pop, as evidenced by this utterly wild 2005 Chevy Colorado pickup. 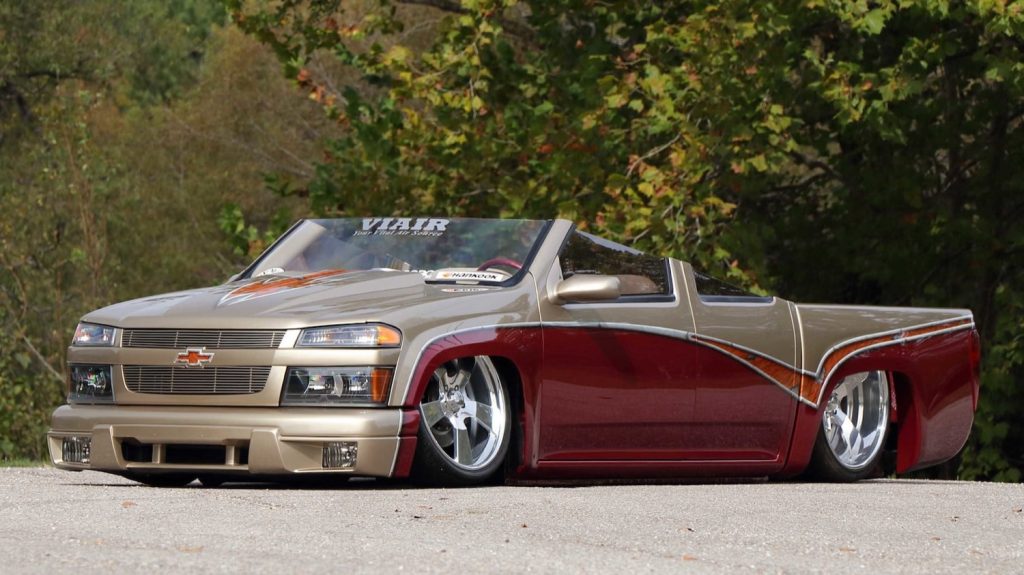 Built by Cool Cars in Louisville, Kentucky, this Chevy Colorado is nothing short of crazy. The list of modifications is huge, touching on the exterior and interior to create something that looks truly one of a kind. 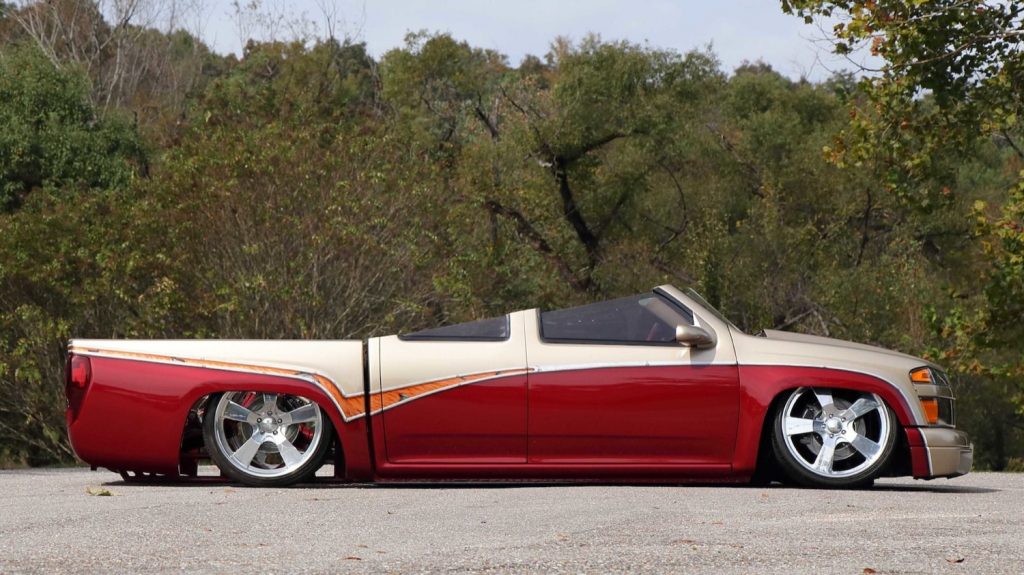 The first thing you’ll likely notice is the chopped top, which descends at an angle as the eye moves rearwards. The rear pillars and the rear glass were cut at an angle, giving the profile an interesting new look.

There’s also new suicide doors, shaved door handles, a shaved tailgate, and a shaved gas door. The tailgate was welded shut, and up front, we see a Trenz billet grille and Reflexxion hood, while two-tone custom paint matching burgundy with champagne finishes it off. 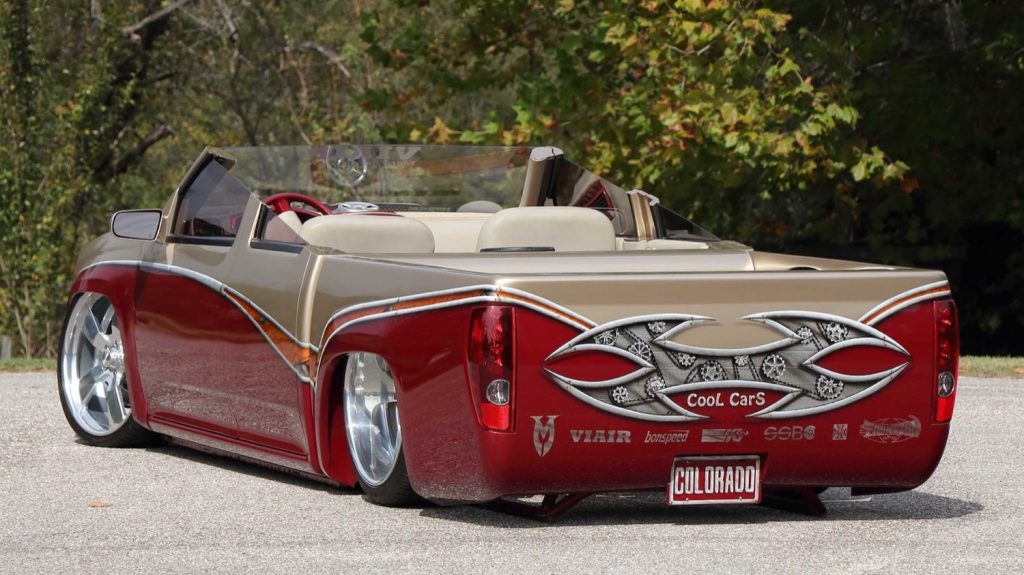 Getting the right stance is CCE Air Ride 3/8 suspension with Firestone airbags, putting this 2005 Chevy Colorado right on the ground over a set of chrome 22-inch wheels from Bonspeed. The wheels are wrapped in Hankook Ventus tires, while 13-inch SSBC slotted brakes complete the look. 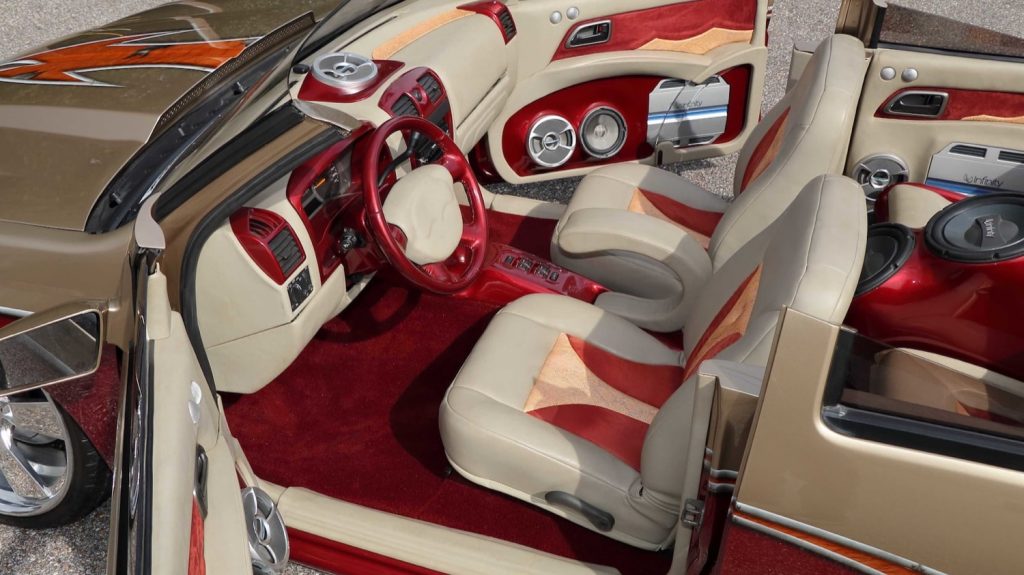 While this 2005 Chevy Colorado looks nuts from the outside, the interior is equally attention-grabbing. The upholstery is a mix of burgundy and tan leather, matching the exterior color scheme, while custom fiber glass is everywhere, including in the door panels to mount the speakers. The center console is done in vinyl and contains the window and lock switchgear, and there’s a Pioneer AVIC stereo connecting to an Infinity amplifier for the tunes. 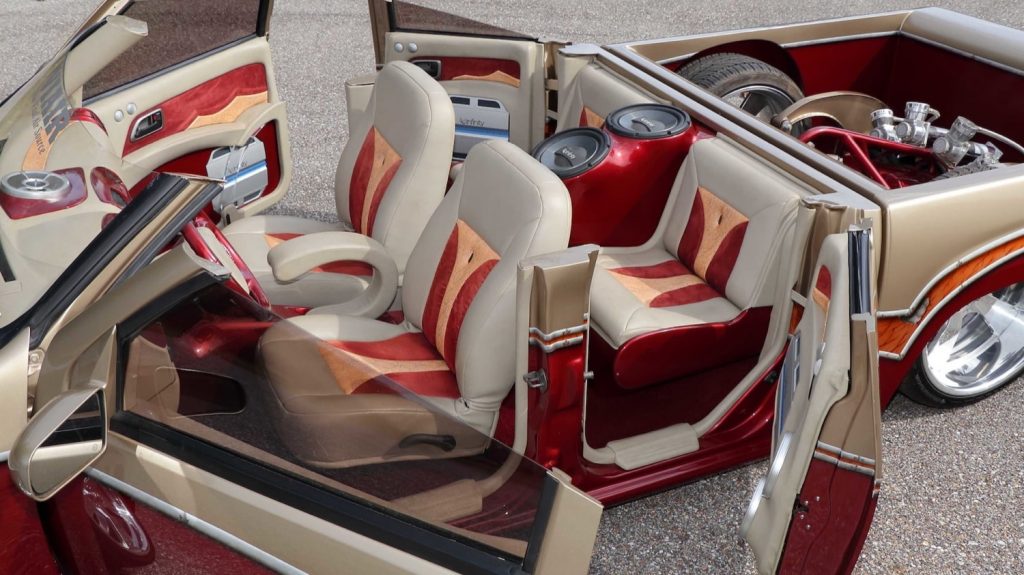 This custom 2005 Chevy Colorado was featured in numerous publications, including Truckin’ and MiniTruckin magazines. Now, it’s headed to the Mecum Auctions Las Vegas 2020 event as Lot F69. The auction will take place at the Las Vegas Convention Center, November 12th through the 14th.

Does this unique build pique your interest, or does it leave you shaking your head in bewilderment? Let us know in the comments, and make sure to subscribe to GM Authority for more Chevrolet Colorado news, Chevrolet news, and around-the-clock GM news coverage. 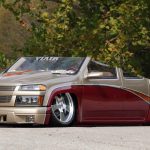 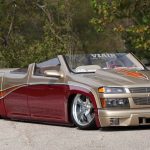 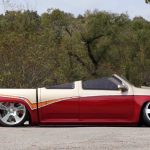 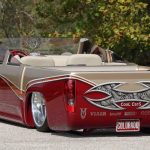 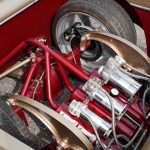 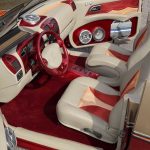 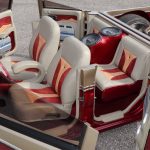