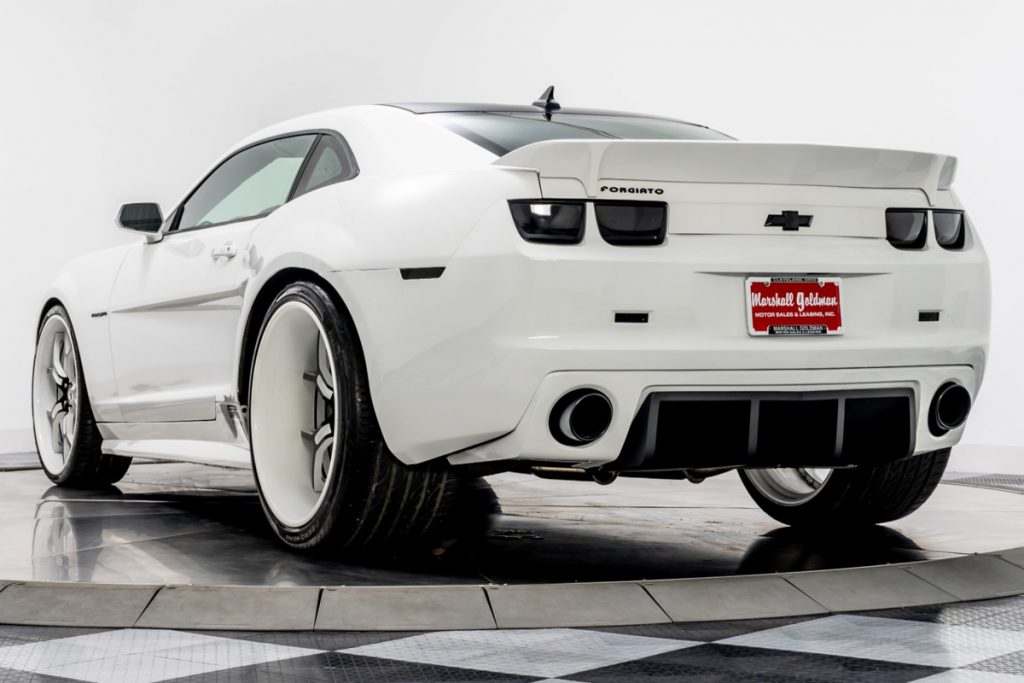 Part of the reason behind this 2010 Chevrolet Camaro SS’ eye-watering price tag is the custom widebody kit. This car was originally built for Forgiato Wheels as a display car and as such, it has been heavily modified with a body kit and stretched wheel wells, which accommodate  24×10 inch front and 24×15 inch rear wheels. One wouldn’t want to wear out the rear tires on this custom-built Camaro, as these mind-bending 405/25R20 Pirellis would be extremely costly to replace, we imagine. The front tires are also a massive 275mm wide. 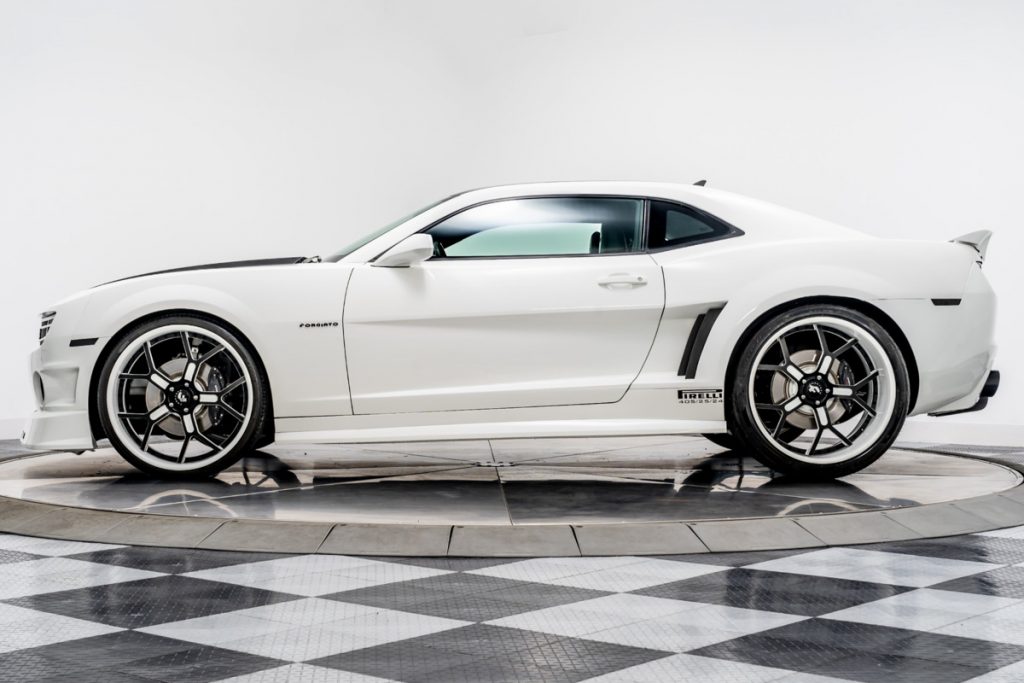 Inside, this 2010 Camaro SS features black and white leather seats with contrast stitching and suede inserts, along with a black suede headliner. Under the hood is a 6.2L LS3 V8 engine, which has been upgraded with a Procharger P-1SC-1H centrifugal supercharger, Kooks full-length headers and a straight-through exhaust with a catalytic converter delete. There’s no word on output, but a stock LS3 V8 is good for 430 horsepower and 420 pound-feet of torque, so this one should be cresting the 500-horsepower mark, at the very least. 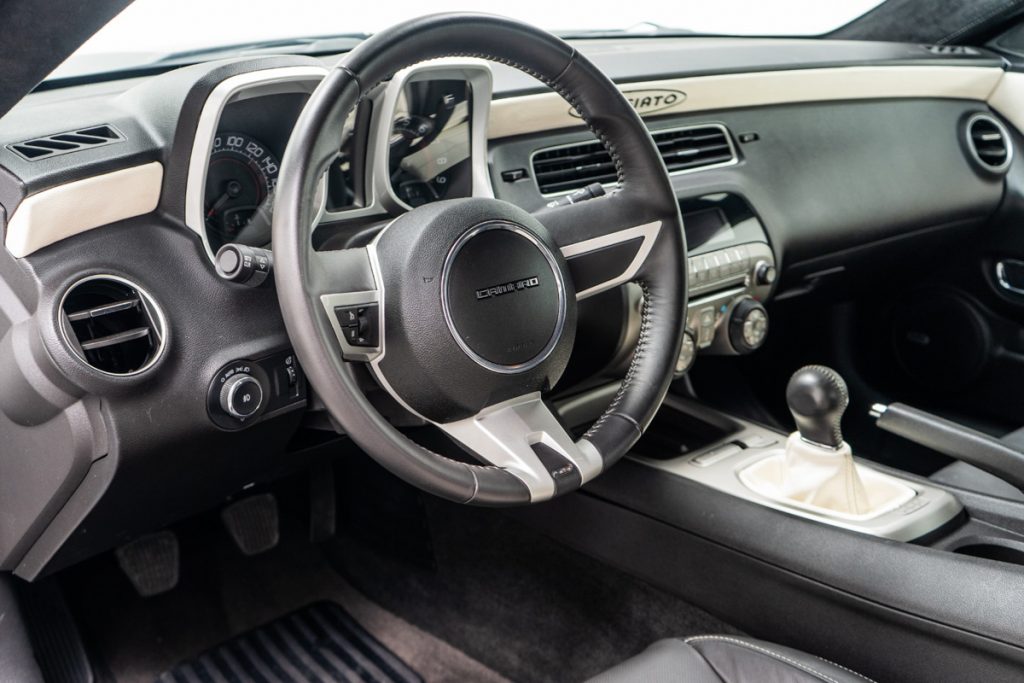 This car was used a promotional tool for Forgiato Wheels for most of its life, so it has been driven just 1,030 miles since rolling off the production line in Oshawa, Ontario back in 2009. This is another major contributing factor to this custom Chevy Camaro’s rather high asking price. 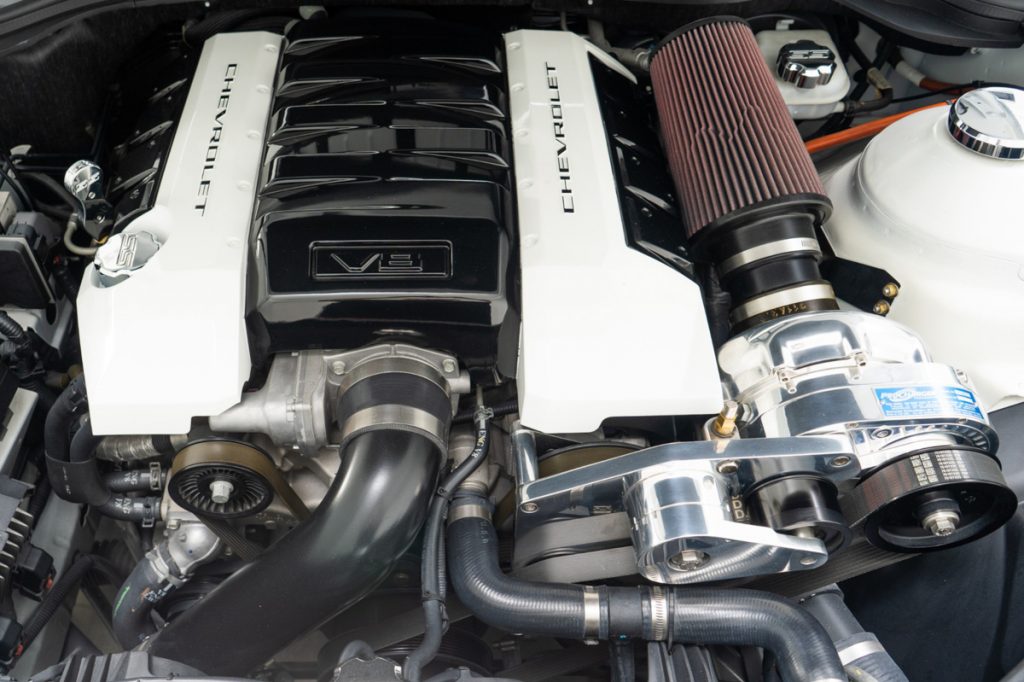 Check out the listing for this heavily customized widebody Camaro SS at this link and let us know if you think it’s worth the $128,900 asking price in the comments down below. Personally, we’d rather save $65,000 or so and buy a brand-new Chevrolet Camaro ZL1.