The VW Microbus is usually associated with Woodstock-bound hippies and long-haired surfers, but this custom Microbus that appeared at LS Fest 2020 isn’t sending out the same kind of peaceful vibes that most VW vans do. 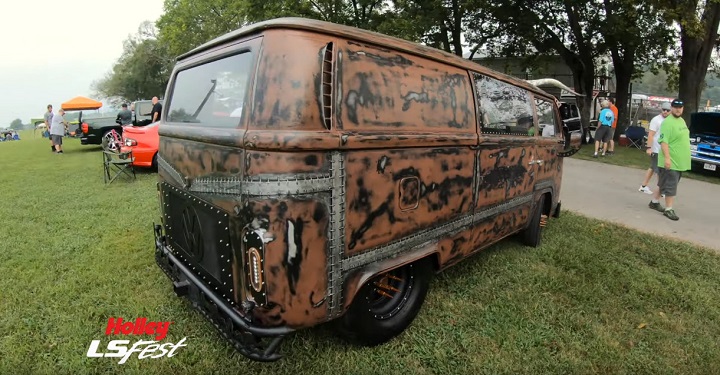 Whereas most VW Microbuses have plenty of room in the back for several people to chill out, this Mad Max-inspired version only has seating for two. That’s because there’s a massive, twin-turbocharged LSx V8 engine sitting where the rear bench seats would normally be. We couldn’t track down full details on the engine, but with two turbochargers hooked up to it, along with other upgrades like a Holley Dominator EFI, it’s clear that this is one very high horsepower setup.

Surprisingly, it seems as though this custom VW Microbus has been legitimately set up for drag racing. With massive rear tires held by beadlock racing wheels, skinny fronts, an Alcantara-wrapped racing wheel, a racing shifter, a Holley EFI digital dashboard display and other racing-oriented upgrades, this former hippie van looks ready to hit the drag strip at any moment. 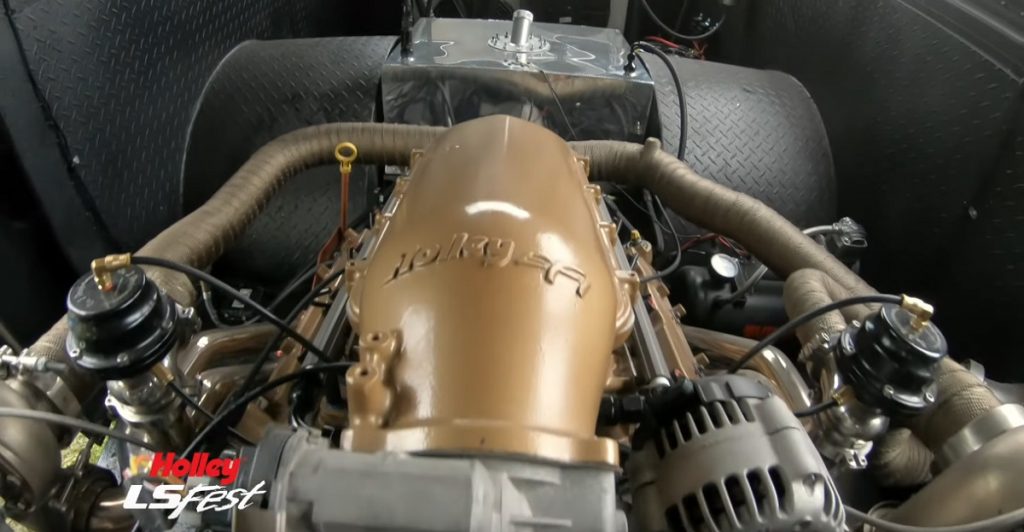 While the powertrain is impressive, the extremely well-done Mad Max exterior treatment is also pretty great. From bigger items like the skull-themed front bumper and massive bullhorns to finer details the purposefully sketchy welds and spiked wheel nuts, the exterior of this apocalypse-ready VW Microbus looks like it was completed by a Hollywood movie set designer. 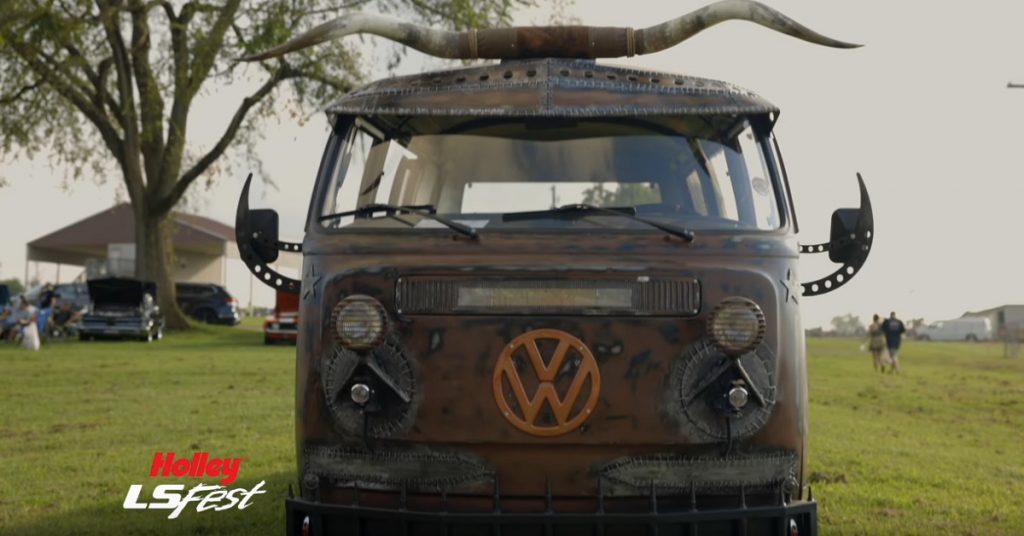 This unique VW Microbus was presented at Holley LS Fest East, which is dedicated to all things LS-powered. We imagine the General Motors fans that typically attend LS Fest were a bit surprised to see a VW Microbus roll up to the annual event, but their concerns were likely dispelled once they heard the sound of a fire-breathing twin-turbo LS emanating from its passenger compartment.

See more of this VW Microbus in the video embedded below.