General Motors has a long history of producing vehicles for the United States military, dating back more than a century. These days, GM Defense is still developing military vehicles, and although the following Chevy Silverado rendering never made it to production, it still provides a glimpse at what the popular pickup could have been. 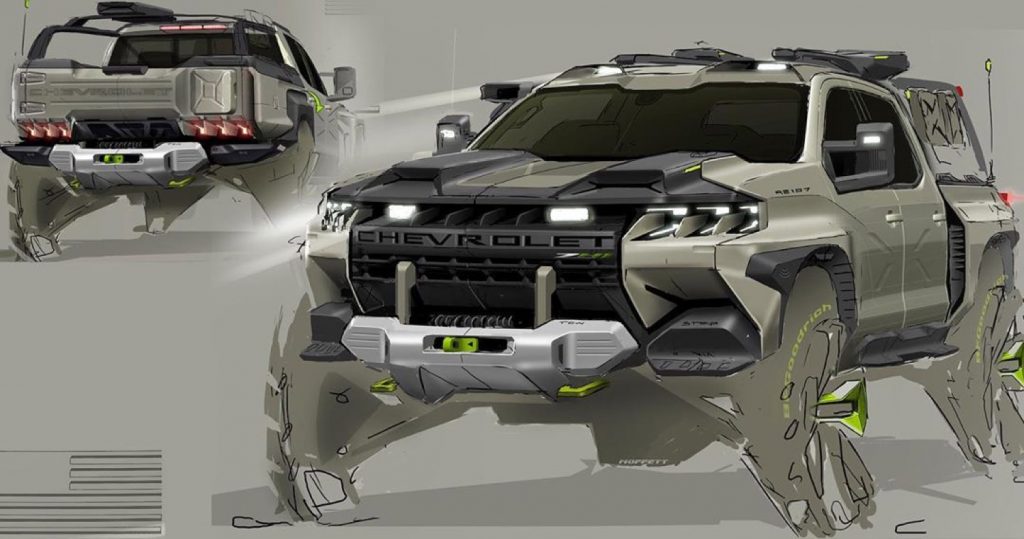 Posted to the official General Motors Design Instagram account, this particular rendering was done by Tyler Moffett, a talented young artist whose previous work includes the Chevy Tahoe and Suburban, as well as the 2010 Chevy Camaro. Moffett also worked on the 2019 Chevy Silverado, and this tactical version brings a new, ultra-futuristic military slant to the design.

This military-spec Chevy Silverado concept is replete with cool details and angles. The front end is somewhat recognizable thanks to the flat black grille section and headlamps, but there’s quite a bit more going on here as well. Fins, intakes and lights pop out from nearly every surface, with two prominent bulges added to the hood, and a silver skid plate with a yellow tow hooks mounted lower in the fascia. The stance is tall and the ground clearance is generous, while black components are added on the roof. Even the rear end is spec’ed out. 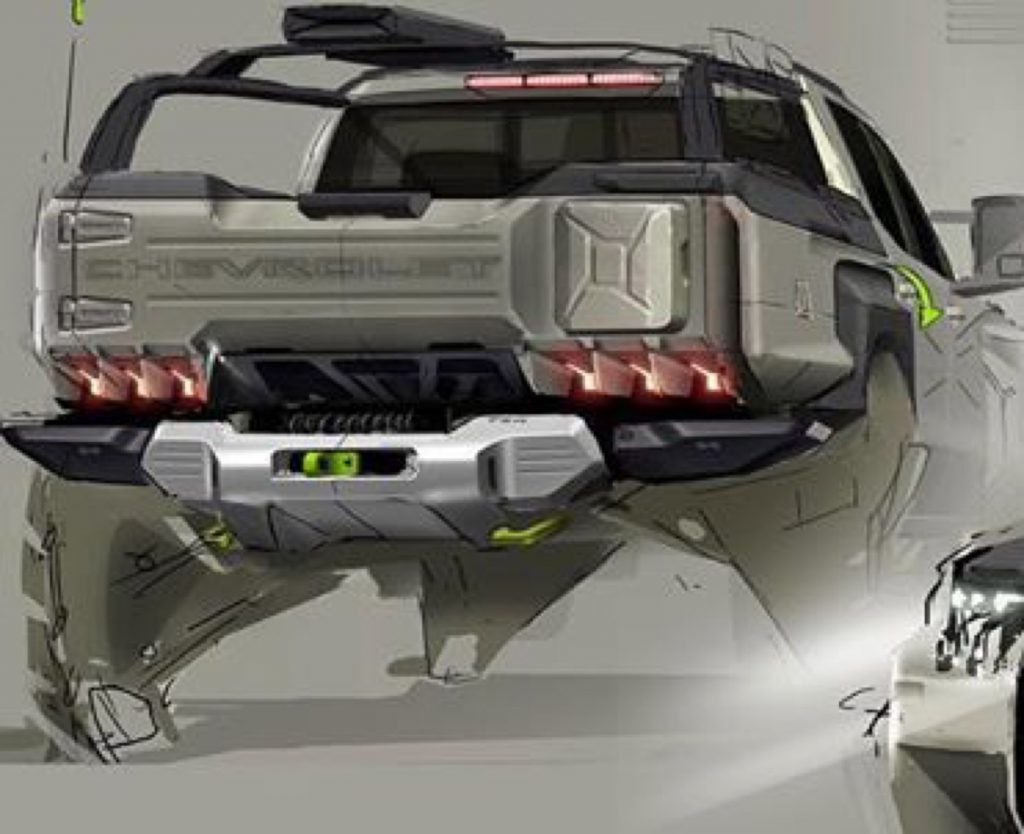 While this military-spec Chevy Silverado is little more than a concept, GM Defense is forging ahead with some real-world vehicles for the U.S. Army, namely the new Infantry Squad Vehicle, or ISV. Based on the civvy-spec Chevy Colorado ZR2, the new ISV is designed to carry troops to the battlefield across almost any terrain. What’s more, the vehicle is essentially a Colorado ZR2 “from the waist down,” as we’ve covered previously.

What do you think of this tactical Chevy Silverado rendering? Let us know your thoughts in the comments, and make sure to subscribe to GM Authority for more Chevrolet Silverado news, Chevrolet news, and around-the-clock GM news coverage.