These days, performance crossovers and SUVs are dime-a-dozen. Virtually every major automaker doing business right now has a stiffly sprung sport crossover on offer, but once upon a time, the idea of a sporty utility vehicle was a bit more unusual. 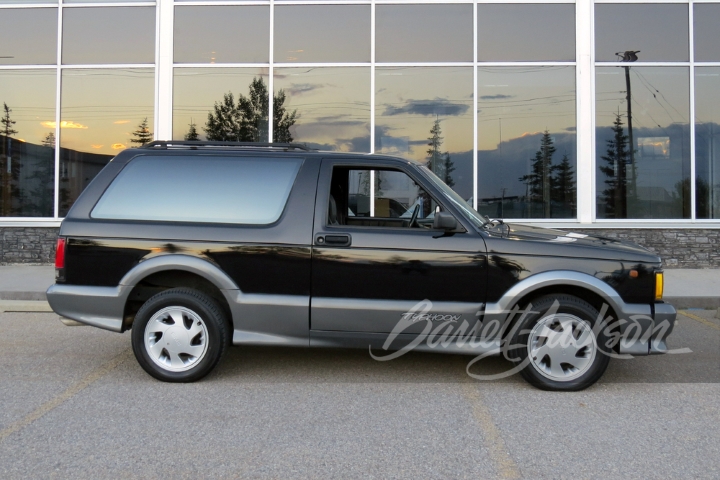 General Motors was arguably the first automaker to give a performance crossover/SUV the green light with the undeniably cool GMC Typhoon, which took the turbocharged 4.3L V6 engine from the iconic GMC Syclone pickup and wrapped it up in an SUV-shaped package. The Typhoon may have been a low-volume side project within GM, but this formula of turbocharged, all-wheel-drive performance would only get more popular in the years after the Typhoon went out of production. 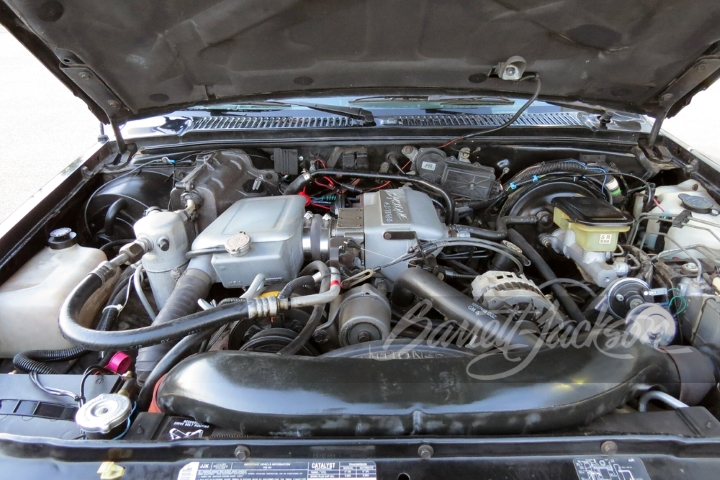 It can be pretty hard to come by a nice GMC Typhoon these days, which is why we think this mint-condition example will command a relatively high bidding price when it goes under the gavel at Barrett-Jackson’s Fall 2020 auction later this year. Not only is this GMC Typhoon stock, unmodified and completely rust-free, it has only 53,299 miles on the odometer, so it’s been driven quite sparingly in the past 28 years or so. It’s also offered in a relatively rare color combination. Of the 2,497 Typhoon models that left the Michigan-based Production Automotive Services factory in 1992, just 130 featured this two-tone black/silver combination. 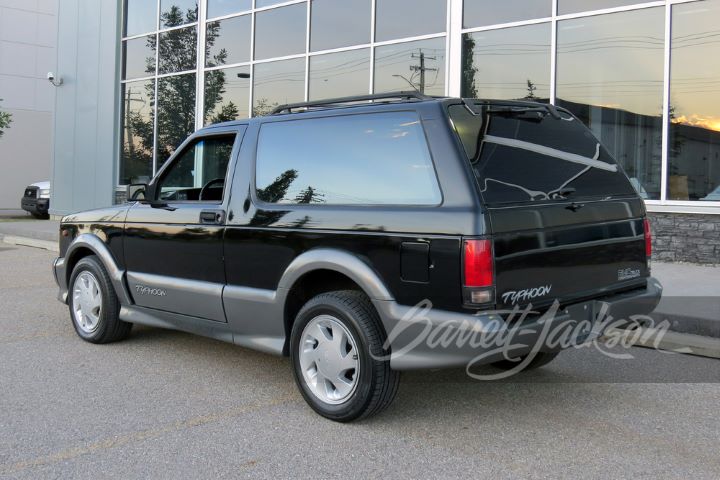 GM built less than 4,700 Typhoons over the two years the performance utility remained in production and with only a handful of those remaining in a presentable, unmodified condition, the SUV is destined to become highly collectible in the coming years. This particular GMC Typhoon is a near-perfect example as well, so we wouldn’t be surprised if a wealthy collector is willing to put down quite a bit of money for this highly collectible SUV. 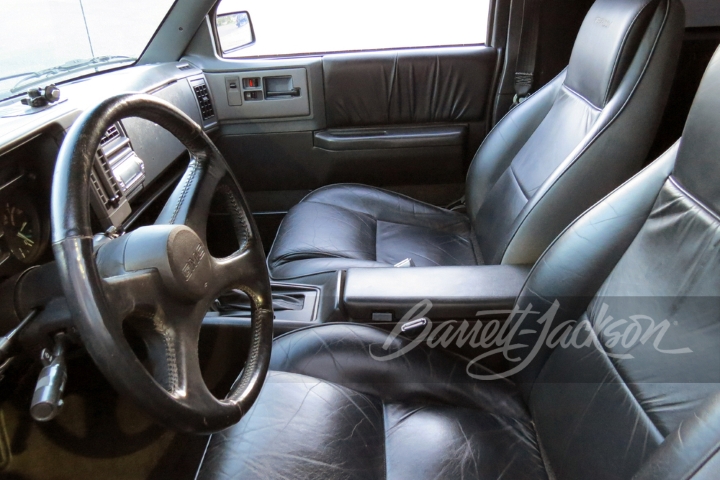 Check out the auction listing at this link before this Typhoon goes up for auction next month.