First rolling off the line for the 1953 model year, the first-generation Chevy Corvette is an iconic piece of automotive design, instantly recognizable to car fans around the world. With that in mind, it’s probably not all that surprising that Chinese automaker Songsan Motors made a near-exact copy of the C1 when styling its new SS Dolphin plug-in hybrid two-door. 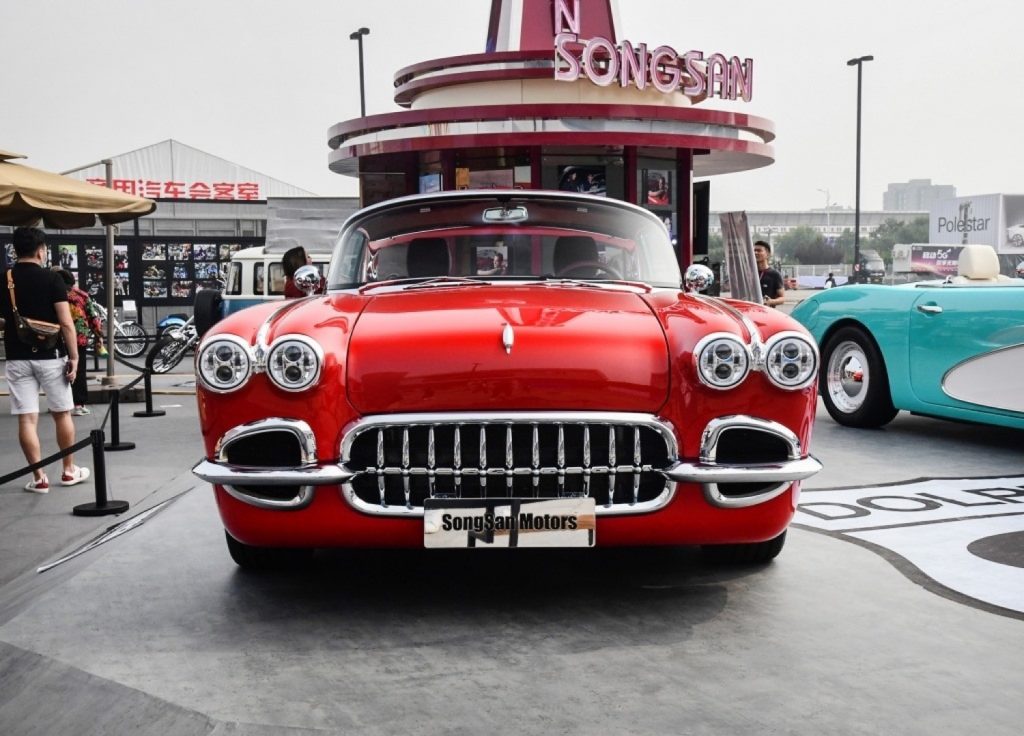 As any Vette fan can tell, the new Songsan Motors SS Dolphin is essentially a direct copy/paste job of the 1958 Chevy Corvette C1, with identical lines front to back, including quad rounded headlamps, vertical grille slats for the front intake, offset detailing lines in the profile, and rounded rear fenders.

Both a Coupe and a Convertible will be offered. 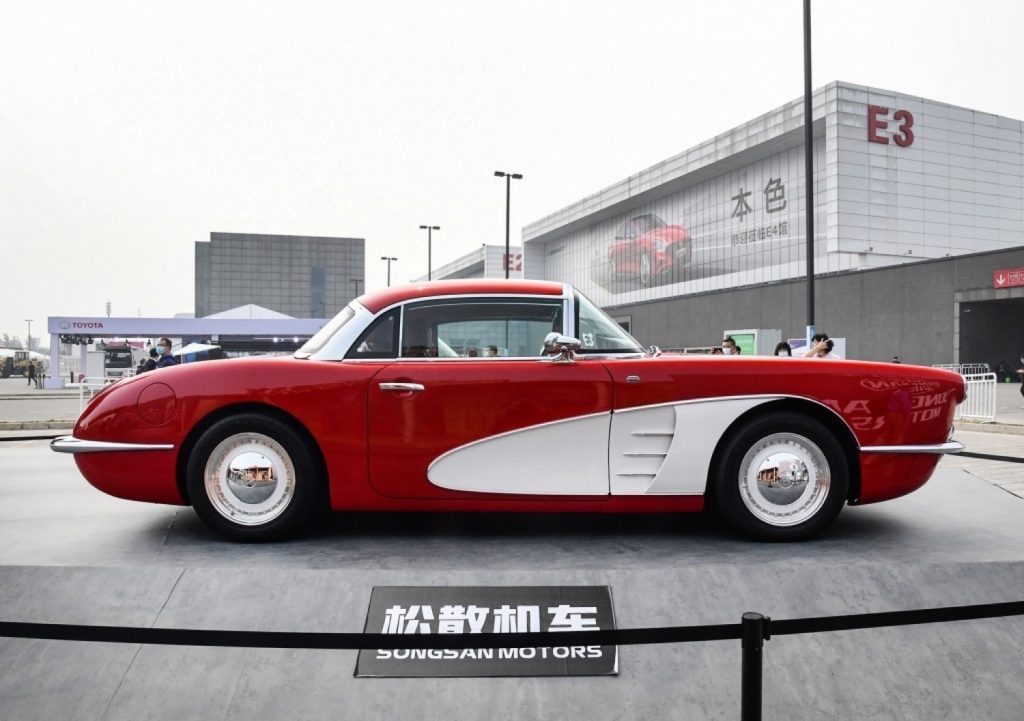 As outlined in a post to the CarNewsChina.com Facebook page, this Chevy Corvette ripoff is equipped with a plug-in hybrid powertrain, including a turbocharged 1.5L engine and electric motor combo. Total system output is rated at 315 horsepower and 395 pound-feet of torque, with a six-speed dual-clutch transmission handling the cog swaps. Funny enough, output is routed exclusively to the front wheels, but the company still claims a sprint to 100 km (62 mph) in 5.9 seconds. The SS Dolphin also comes with a 16-kWh battery, and can cover more than 60 miles on EV power alone. 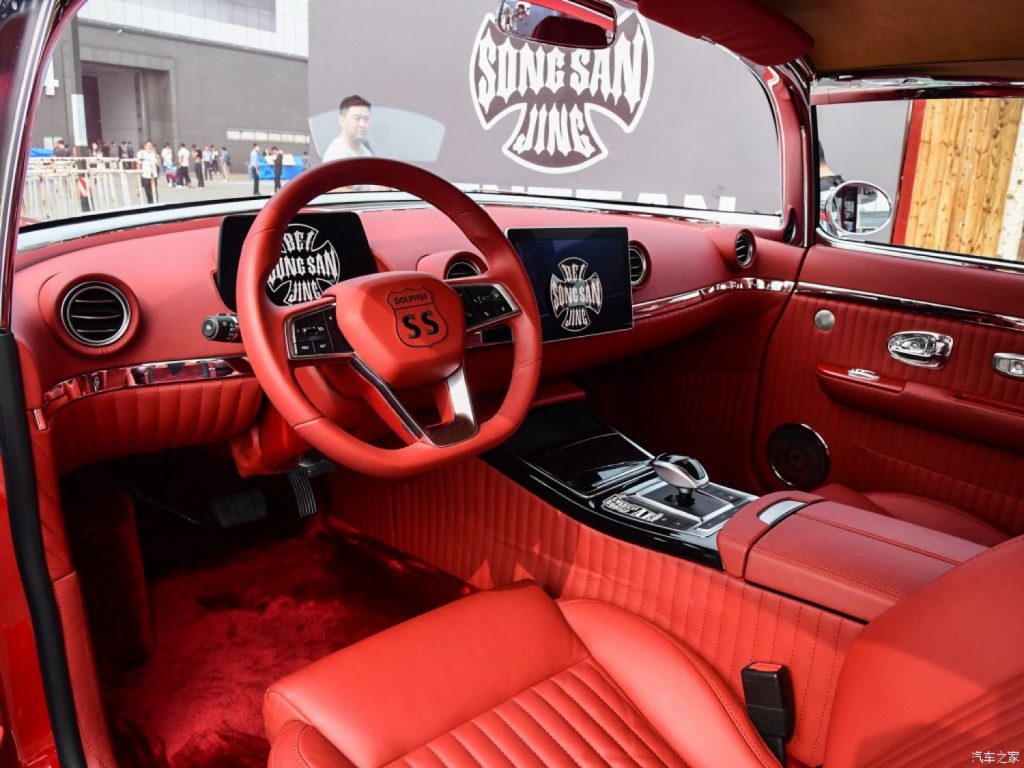 Inside, this hybrid C1 Chevy Corvette ripoff comes with a retro-looking interior that’s offset by a host of modern touches, such as a digital readout behind the steering wheel, a touchscreen on the dash, and a multi-function steering wheel festooned with buttons. The exterior also comes with LED lighting. In place of the original Corvette badging, we see a chrome dolphin. 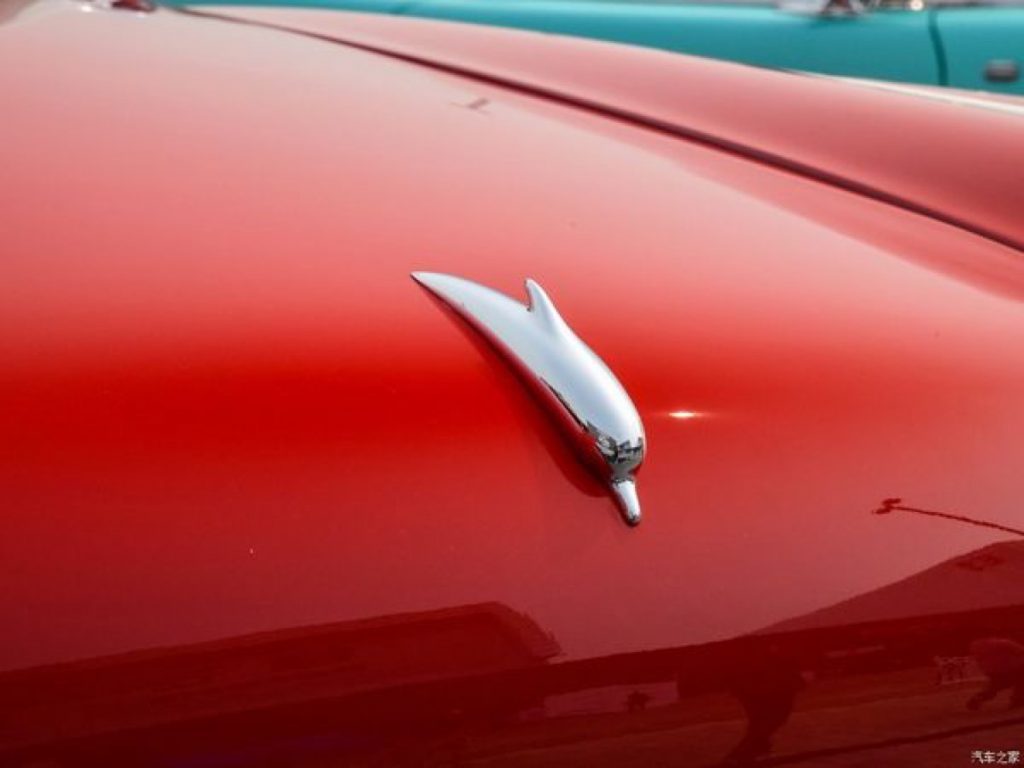 As for pricing, Songsan Motors is offering the SS Dolphin Coupe for 598,000 yuan, or about $87,725 at current exchange rates. Pricing for the Convertible model is not yet available. 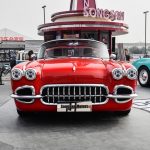 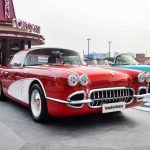 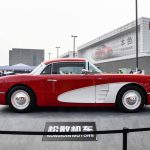 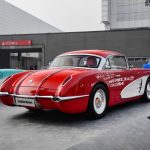 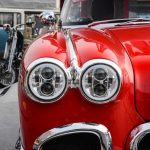 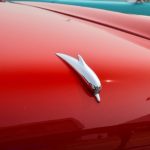 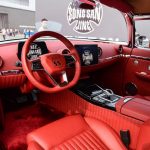