Kei Miura and his company, Rocket Bunny/Pandem, have generated a huge enthusiast following thanks to his over-the-top, motorsports-inspired widebody kits. Rocket Bunny/Pandem body kits are available for a swathe of modern-day vehicles, from everyday tuner cars like the Honda Civic to pickup trucks like the Ford F-150 – and now, the C8 Corvette is getting in on the fun, too. 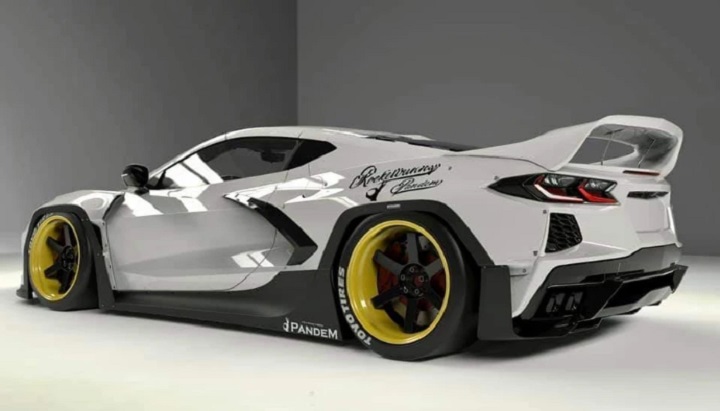 Rocket Bunny/Pandem recently debuted its new kit for the C8 Corvette, which gives the mid-engine coupe a look that reminds us of an old FIA Group 5 race car thanks to its pronounced box flares, huge side skirts, prominent lower rear diffuser and massive rear wing. 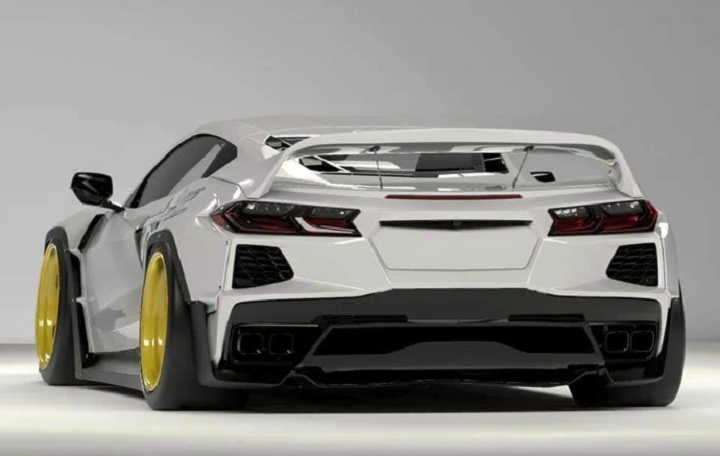 One of the more radical parts of this design are the wheel arches, which have a squared-off look that helps to change the design of the C8 Corvette from flowing and fluid to blocky and aggressive. The odd-looking wheel arches house a pair of deep-dish wheels with a yellow/gold lip and gloss black painted six-spoke alloy wheels. 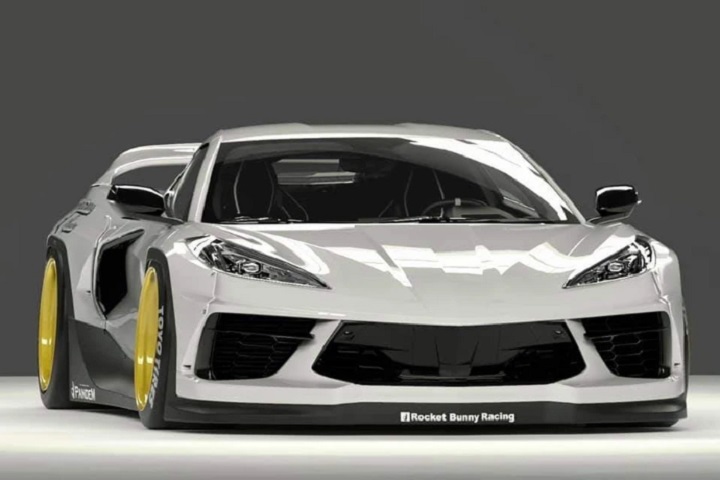 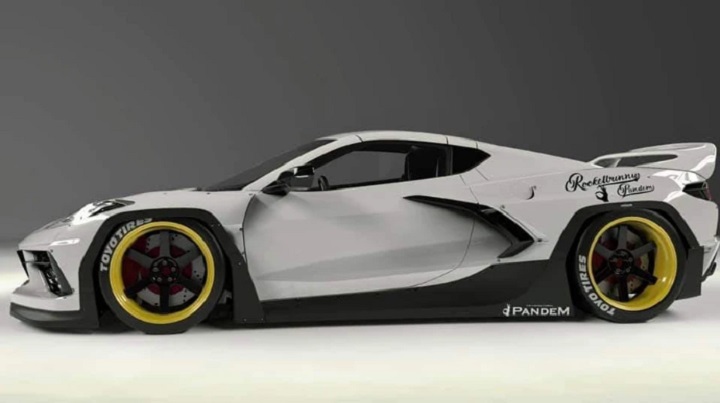 Those C8 Corvette fans who like the look of this kit should be excited for the impending arrival of the new C8 Corvette Z06. Just as in previous Corvette generations, the new C8 Corvette Z06 is expected to feature wider front and rear tracks, a large rear wing and more aggressive styling. That’s on top of the new 5.5L flat-plane-crank V8 engine that the supercar is rumored to come with as well. One could pull the trigger on this $7,000 widebody kit, but those dollars could also be spent upgrading to a new Z06.