The 1959 Cadillac Commercial Chassis ambulance that served as the iconic Ecto-1 car in the original Ghostbusters film is, without a doubt, one of the more instantly recognizable movie cars. So when Sony Pictures decided to revive the franchise for the upcoming 2021 film ‘Ghostbusters: Afterlife’ the film’s creators knew they had to give the original Ecto-1 a new lease on life.

Unfortunately, the original Ecto-1 had been sitting for many, many years and was in no state to be doing any filming or promotional work for the movie. With the paint peeling, the body rusting and the wires and lines eroded away, Ecto-1 was in dire need of a thorough and complete restoration, so Sony sent it to the Hollywood movie car experts over at Cinema Vehicle Services in North Hollywood for a makeover. 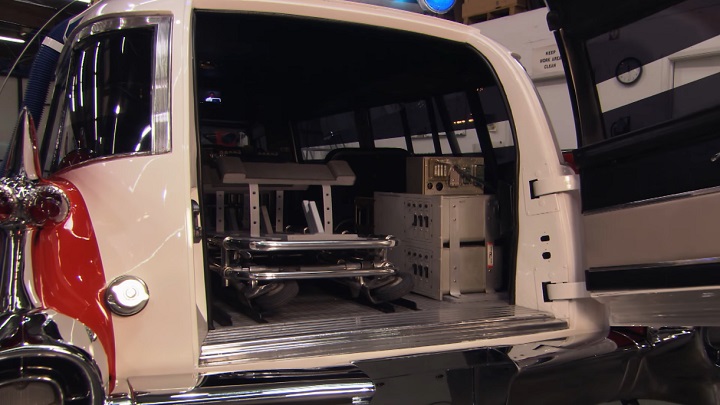 Sony recently posted a video to the official Ghostbusters YouTube page documenting the entire restoration process for Ecto-1 at Cinema Vehicle Services. In addition to following Ecto-1’s restoration, the video also features appearances from the film’s original co-creator Dan Aykroyd, who pops in to check in on the progress of the vehicle and later stops by when the work is complete. Aykroyd, understandably nostalgic for the wildly popular movie franchise he helped create, then eagerly gets behind the wheel to take one last spin around the block in Ecto-1 before passing the Ghostbuster torch onto the film’s new stars, Carrie Coon, Finn Wolfhard, Mckenna Grace and Paul Rudd. 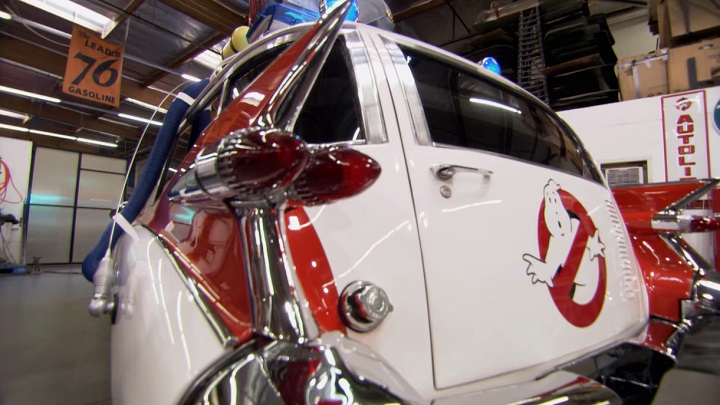 The real Ecto-1 will now be used for promotional purposes in the lead up to the release of Ghostbusters: Afterlife on March 5th 2021. For now, check out the entire restoration process of this vintage Cadillac ambulance in the video embedded just below.