The new Infiniti QX60 concept has been teased ahead of its upcoming debut later this month.

Just like the current Infiniti QX60, the all-new, next-generation model will serve as a direct rival to the Cadillac XT6. The Japanese luxury crossover will debut in concept form this month, revealing the “new direction Infiniti designers are exploring for the future QX60,” the automaker says, with the production-ready model not expected to arrive until sometime in 2021. The current Infiniti QX60 is a mid-size three-row crossover that is powered by a 3.5L V6 engine, which is good for 295 horsepower and 270 pound-feet of torque. A standard CVT sends power to Infiniti’s standard Intelligent All-Wheel-Drive system. The base Pure trim level starts at $48,995 and comes standard with the aforementioned 3.5L V6 and CVT, along with 18-inch alloy wheels, leatherette upholstery, heated front seats, a eight-inch touchscreen and limited active safety features such as Forward Emergency Braking and Blind Spot Warning. 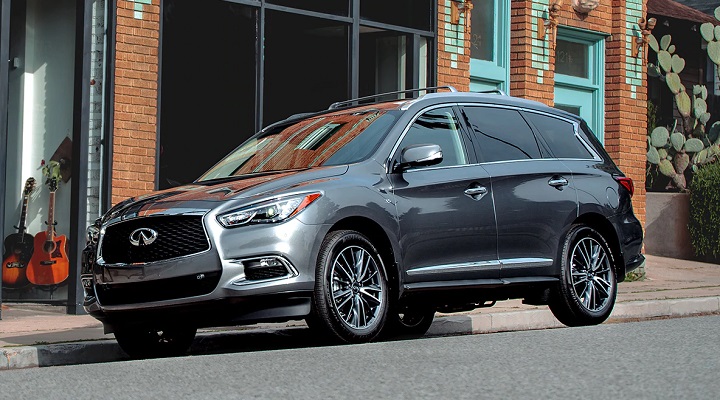 The Cadillac XT6 was only offered in the well-equipped Premium Luxury and Sport trim levels for 2020. As such, prices started at $53,690 – much higher than the Infiniti QX60 starting price. The crossover’s base price will lower once the new Luxury base models arrive at dealers for 2021, although these models will feature the new 2.0L turbocharged LSY four-cylinder engine, which produces 237 horsepower and 258 pound-feet of torque. The 3.6L LGX V6 engine, meanwhile, produces 310 horsepower and 271 pound-feet of torque. Both engines are paired with a nine-speed automatic transmission.

With the current Infiniti QX60 debuting way back in 2012, this three-row, seven-passenger crossover is in dire need of an update – unlike the XT6, which is new for 2020. Will the XT6 retain its edge once the updated QX60 arrives? We’ll have to wait for the concept’s debut at 8 PM EDT on September 24th to know for sure, but for now, be sure to subscribe to GM Authority for more Cadillac XT6 news, Cadillac news, and around-the-clock GM news coverage.