A new Jake Stinger Hood Stripe decal will soon be offered as a dealer-installed accessory on the C8 Corvette.

Corvette Product Manager Harlan Charles recently appeared on the ‘Chat With Chevrolet‘ stream as part of the 2020 Corvettes at Carlisle show, where he revealed that the unique Stinger Hood Stripe decal seen on the C8 Corvette IMSA pace car will eventually be offered for sale to customers.

“You also may have noticed, if anybody is watching the race, some of the pace cars,” he said. “The idea behind these is the design utilized accessories that were either available or ones that will be available coming up later in the year to promote those and use these on the actual pace cars so that you can replicate some of what’s being shown here, like the new Jake Stinger Stripe on the hood is coming soon and of course ground effects and the high wing are kind of coming back available soon.” 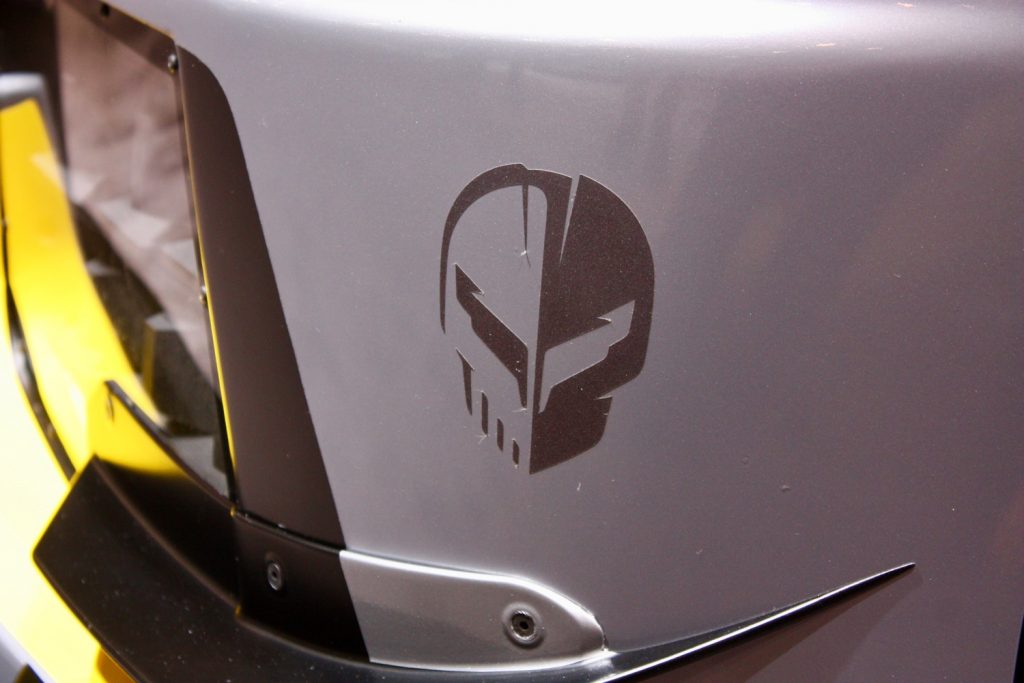 Jake skull on the Corvette C8.R

The Stinger Stripe is the available thick, single hood stripe. This new version incorporates the Jake skull logo into the stripe, with the light grey skull contrasting the dark black stripe. The Jake skull is the official mascot of Corvette Racing and was first drawn up by Kick Design’s Eddie Jabbour. The team was convinced a skull logo was good luck after winning a race with a No Fear skull sticker on the car, but was forced to come up with its own design due to copyright issues.

The name for Jake, meanwhile, was thought up by Corvette marketing manager Gary Claudio, who was inspired by the ruthless Jake Blues from the 1980 film The Blues Brothers.

Check out our full list of changes for the 2021 C8 Corvette as well.