The National Corvette Museum recently announced its latest acquisition – George Jones’ 1978 Chevy Corvette, nicknamed “The Possum.” This is the Museum’s first-ever celebrity-owned car to join the collection as a permanent addition. 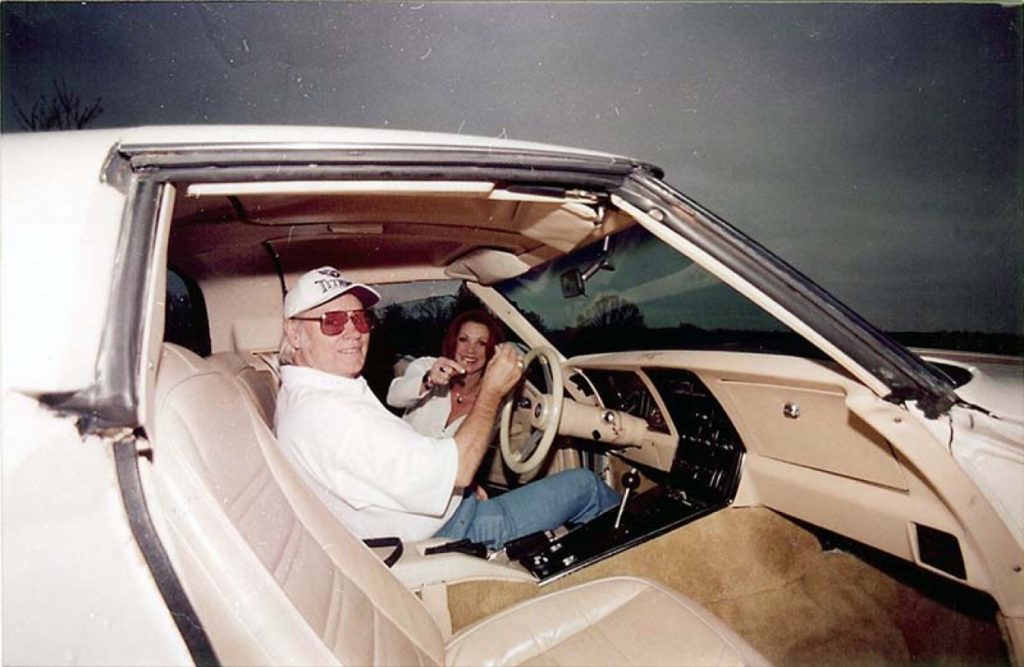 Jones’ 1978 Chevy Corvette is finished in a special one-off two-tone exterior, mixing Corvette Dark Brown and Corvette Light Beige. According to the National Corvette Museum, this combo was chosen because Jones liked the “Pace Car look.”

The National Corvette Museum attributes the acquisition to Lon and Anne Helton, as well as Timothy and Donna Vincent.

“When Sean first presented this at the board meeting, it seemed like a no brainer,” Lon Helton said. “My whole life has been my two passions – Country music and Corvette – two uniquely American, iconic things. If our name wasn’t on this, I’d get questions from friends and relatives saying ‘Geeze, you’re in the Country music business, and this is a Country music car and someone else’s name is on it?'”

Lon Helton is a host of the radio series Country Countdown USA and Past-Chair of the National Corvette Museum Board of Directors. 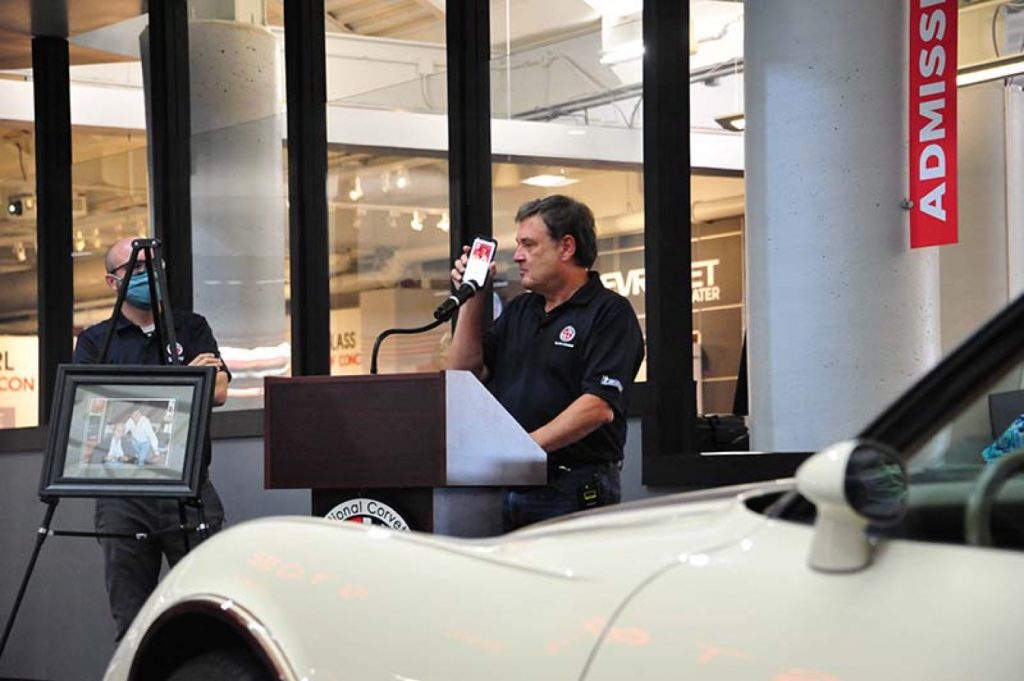 “We are glad to have our name on something for years to come that’s tied to our two passions,” Helton added.

Helton also spoke on a past interview he had with the famous country music star, where he asked specifically about the Chevy Corvette. “In 1986 or ’87 when I was doing one of my first interviews with him, I asked him if owning a Corvette affected his decision to cut the song called ‘The Corvette Song’ and he said, ‘Oh, absolutely.'”

Jones sold his unique 1978 Chevy Corvette in 2000, at which time he autographed the dash. After exchanging hands several times, the Vette was eventually acquired by Timothy and Donna Vincent.

“In 2012 we loaned the George Jones Corvette to the Museum for a Country Music Stars and Cars exhibit so when we decided to let go of the car, the Museum was the first place we thought might be interested in it,” Timothy Vincent explained. “We were excited to partner with the Helton’s to preserve its history and make the Museum its permanent home where it can be enjoyed by all.”