Anyone who said bigger isn’t better probably didn’t have a family of seven. Check out this insane seven-door Chevy Silverado limo dually, which looks as though it has the right stuff to haul a massive RV or boat, plus enough room in the cabin to fit the whole family – and then some. Now, this crazy custom is up for sale in Colorado.

This particular vehicle started life as a Chevy Silverado 3500 dually, but was consequently stretched out to fit in six full doors, plus one suicide door. The body work was done by Paint by Krusty in LaSalle, Colorado, as was the paint, all of which is approximately three to four years old. Beyond the wild new length, other standout upgrades include an SS front end conversion and a cowl hood.

Moving inside, we find an outrageous amount of passenger room, with the three-row seating (four captain’s chairs and a rear bench) barely filling the cabin space. As listed by the seller, the interior also comes with Carhartt seat covers, WeatherTech floor mats, and a remote start feature. Naturally, there’s a few goodies to keep the young ones occupied as well, including two 17.3-inch overhead DVD players. Of course, with this much space, you could probably just have the kids do sprints to tire ‘em out.

There’s also an oversized radiator, PPE intercooler, and Setrab remote oil cooler, with a six-speed transmission to handle the cog swaps. A B&W gooseneck hitch is mounted in back, while auto-adjusting airbag suspension keeps everything level.

Now, this insane seven-door Chevy Silverado is up for sale, listed in Kiowa, Colorado, for $32,000 OBO.

FOR SALE. Located in Kiowa Colorado

What are your thoughts on this stretched-out Chevy Silverado? Let us know in the comments, and make sure to subscribe to GM Authority for more Chevrolet Silverado news, Chevrolet news, and around-the-clock GM news coverage. 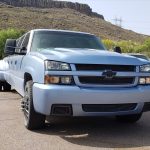 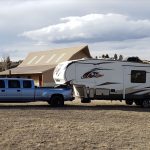 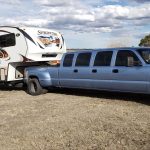 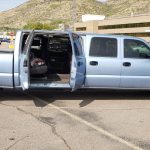 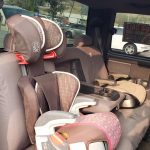 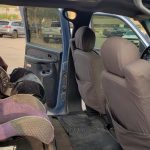 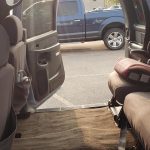 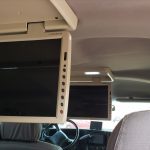 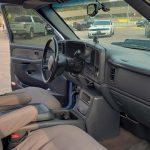 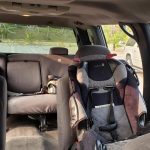 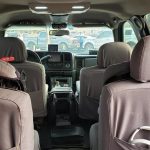 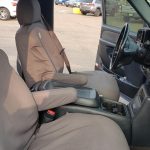 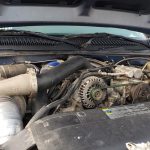 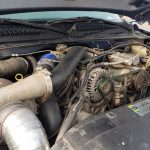 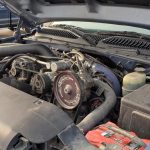