The Cadillac XT6 will have a fresh rival to compete with when the next-generation Infiniti QX60 goes on sale next year.

The Japanese automaker gave us a preview of the forthcoming three-row crossover with the Infiniti QX60 Monograph concept this week, which it says “previews a more upscale and commanding design for the brand’s popular family-focused SUV.” 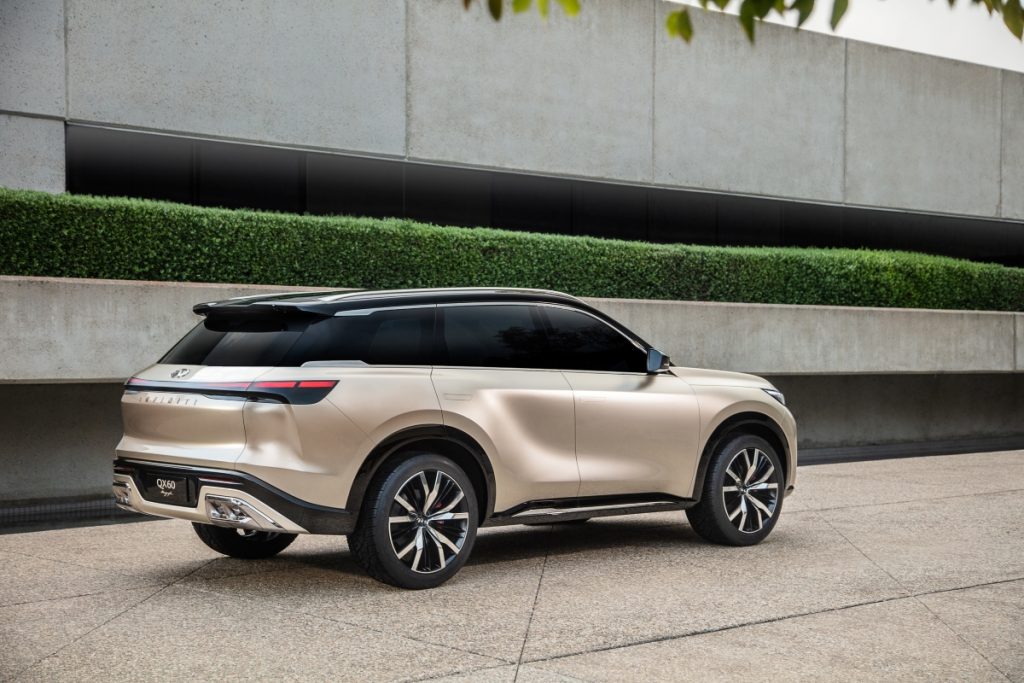 The Infiniti QX60 Monograph features a wide-set stance with accentuated wheel arches and a long, sleek cabin section. The tall, upright grille also helps give the crossover a more “commanding presence,” the automaker says, and features an intricate metal weave inspired by traditional Japanese origami. Building on the Japanese-theme, the roof also features a “kimono fold pattern” that “draws inspiration from the folds of a silk kimono and the structures of Japan’s modern architecture.” 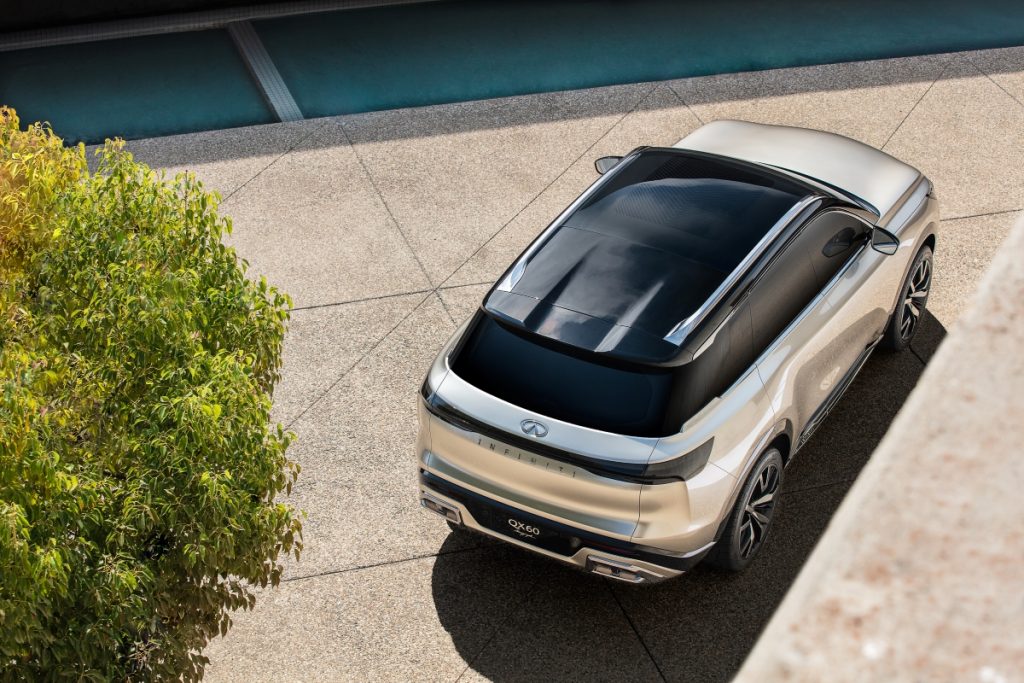 While the Monograph is only a design study for now, the next-generation Infiniti QX60 will look a lot like this concept when it goes on sale in 2021. Official details on the production version of the crossover are scarce at the moment, but it should arrive well-positioned to compete with similar offerings in the segment, such as the Cadillac XT6, Acura MDX and Volvo XC90, among others. 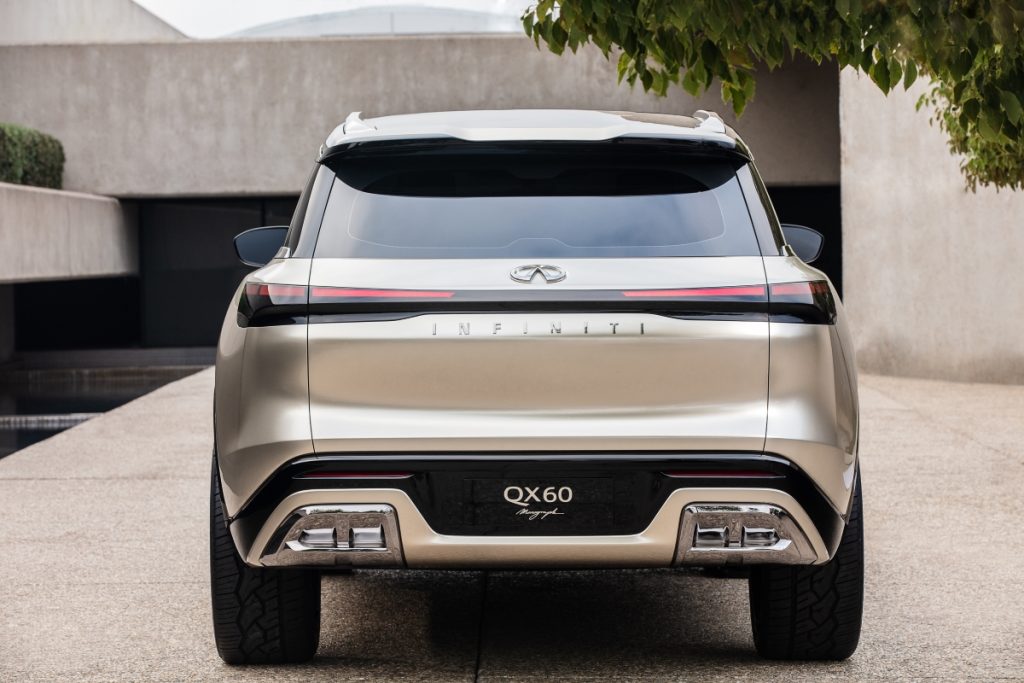 As a quick reminder, the Cadillac XT6 is offered with both a naturally aspirated GM 3.6L V6 LGX engine and a GM 2.0L LSY four-cylinder. Both engines are paired with the GM nine-speed automatic transmission with Electronic Precision Shift Technology. Front-wheel drive is standard, while all-wheel-drive is available for a premium. The current Infiniti QX60 comes standard with a 295 horsepower 3.5L V6 engine, Continuously Variable Transmission (CVT) and FWD. Like the XT6, the current QX60 also offers AWD as an option. 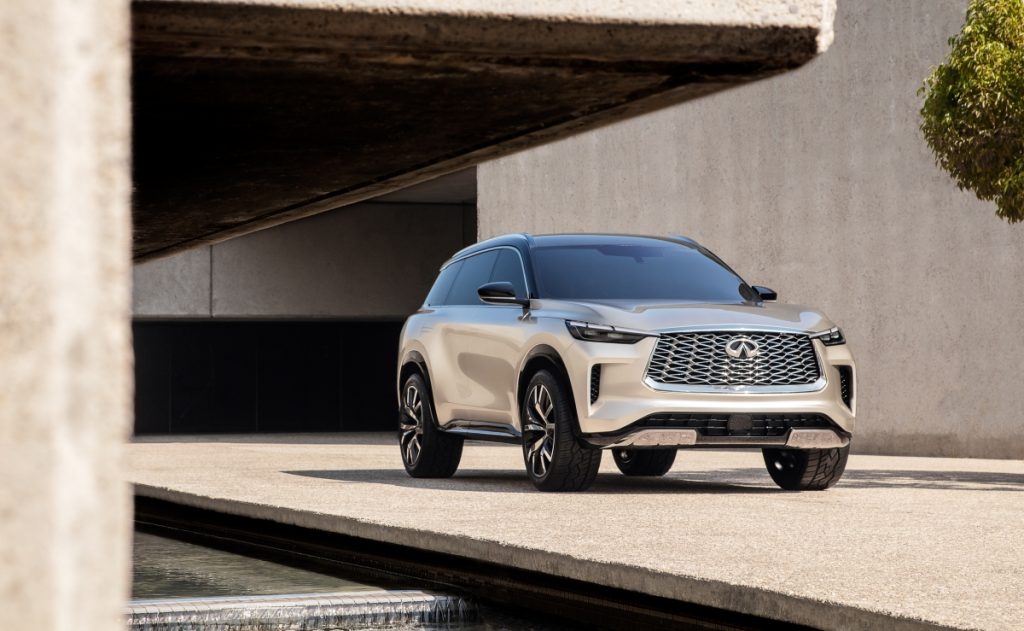 The only place to see the Infiniti QX60 Monograph concept in person will be at the 2020 Beijing International Automotive Exhibition this weekend, or at the Infiniti Global Headquarters building in Japan. Those of us not in proximity to those locations will probably have to wait until the production model goes on sale to get a closer look at this new premium three-row.