Managing the physics of a massive car hauler takes patience and a delicate touch. Unfortunately, it looks like the driver in this video didn’t have enough of either, as the Hummer mounted on his trailer flips the whole rig onto its side. 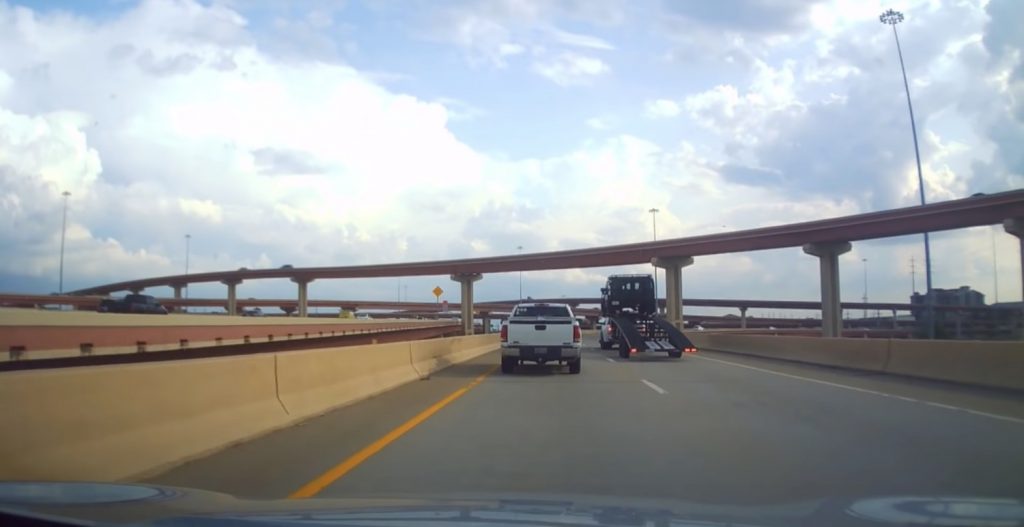 According to the video description, this particular video comes to us from Irving, Texas, where the driver in the vehicle that captured the incident was driving home on the commute from Dallas Fort Worth.

“The trailer was way too top-heavy with a Hummer on top and the driver took the bypass going to [sic] fast,” to description reads. 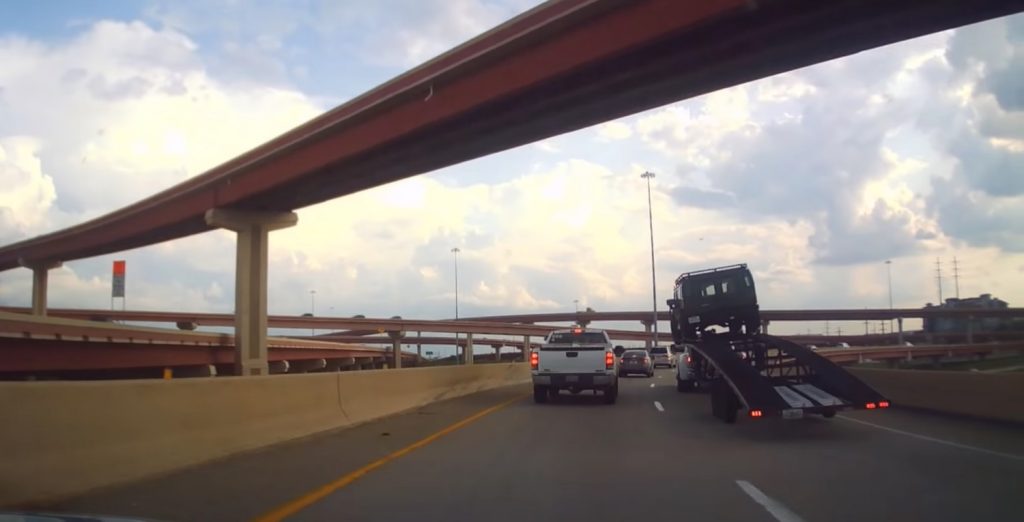 With the Hummer perched high on the trailer, the rig starts to tip around the turn, leaning over as the passenger-side wheels come up off the pavement. As soon as the trailer reaches a critical point, it’s obvious the whole thing is going over, landing on its side in a single, fluid motion as sparks fly down the highway. 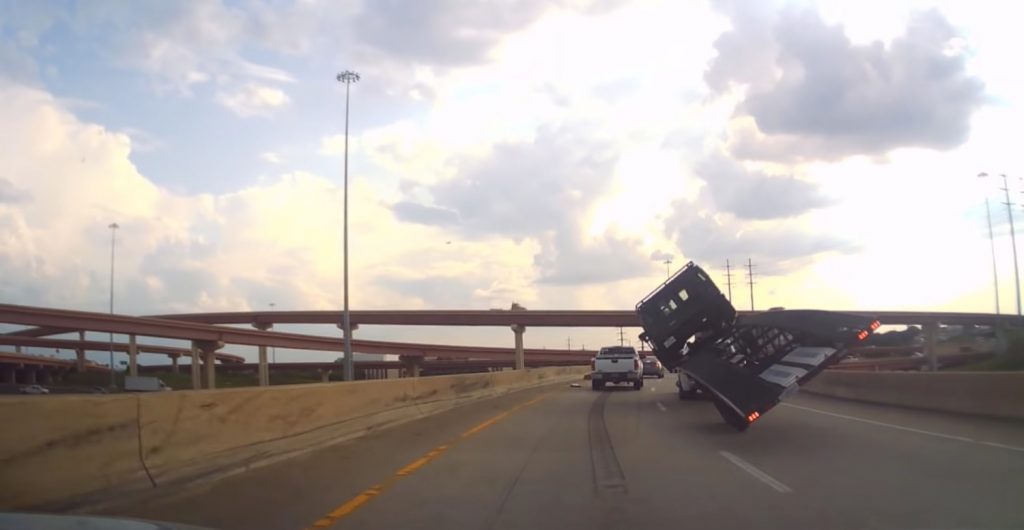 As soon as the trailer is down, the pickup truck is twisted up as well, skidding to the right into the concrete barrier. After ricocheting off the retaining wall, the trailer bounces back, flipping to the other side and bringing the dually it’s attached to with it. 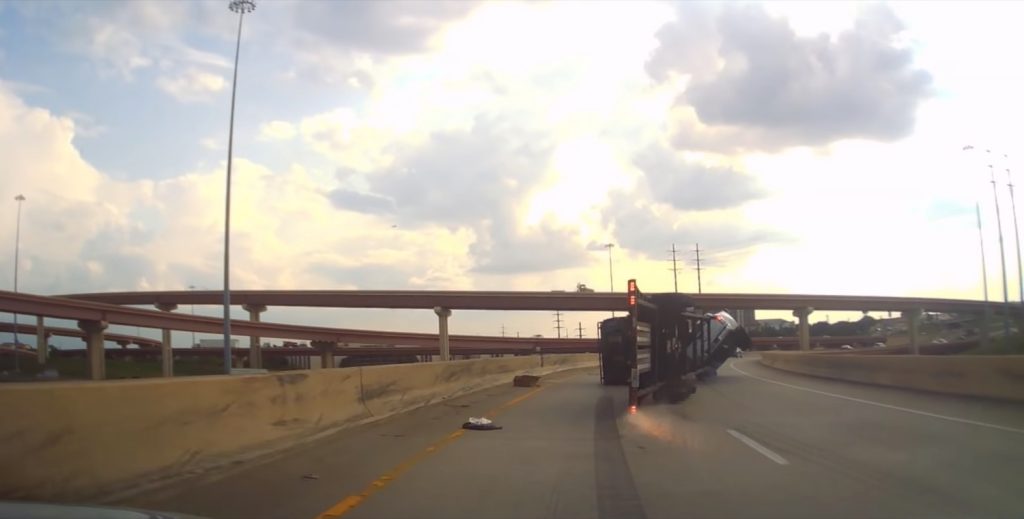 The end result is both lanes are blocked off, while the truck and trailer are both smashed up.

Per the description, the gentleman behind the wheel was perfectly fine, despite bashing into the retaining wall and rolling his rig like a beached whale.

Incredibly, the Hummer that caused all this trouble stays secured to the trailer, even hanging on while flipping from side to side. Plus one for the tie-downs, we suppose.

Perhaps if the driver had waited for the upcoming GMC Hummer EV and its low center of gravity, this scenario would have played out a little differently. Regardless, we’re happy everyone walked away unscathed.