General Motors‘ Cruise subsidiary faces a monumental task. The company and its engineers are currently trying to develop a fully autonomous robotaxi that will, in the companies words “keep us safer on the road, help make our air cleaner, transform our cities, and give us back time.” A lot of smart people have tried and failed to develop a fully autonomous vehicle before, so what makes Cruise different?

One way that Cruise hopes to set itself apart from the competition is with its sophisticated machine learning prediction system, as Cruise’s Senior Engineering Manager, Sean Harris, explained in a recent Medium post. Like most AV companies, Cruise uses machine learning to give its self-driving prototypes the knowledge to read the road ahead and predict what other motorists, cyclists and pedestrians are going to do before it happens, but where Cruise’s system aims to excel is with regard to so-called “long tail events.”

While many AVs can predict common maneuvers such as lane changes or sudden stops in traffic, less common actions such as U-turns or a pedestrian stepping in front of the vehicle suddenly (these are what is referred to as a “long tail event”) are harder to accurately predict. To solve this, Cruise logs miles on its self-driving Chevrolet Bolt EV prototypes and begins to log these infrequent, outlier events. Engineers then use “upsampling” or interpolation to teach the machine learning prediction system more about these extremely rare driving events. 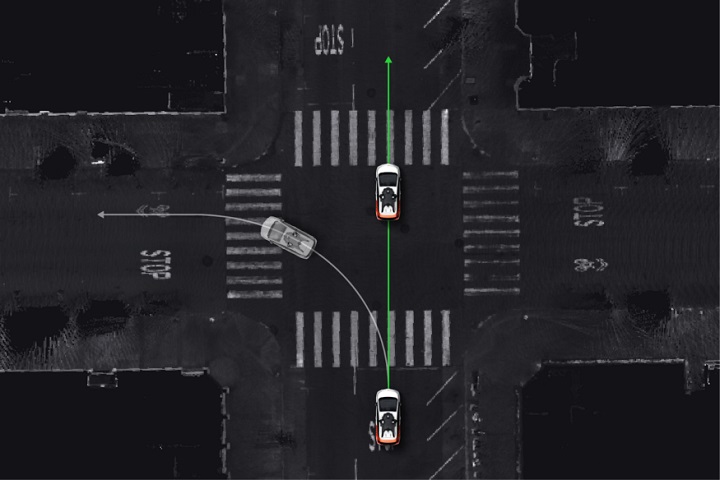 Another advantage Cruise has is with regard to data labeling. As the machine learning system evaluates a vehicle, pedestrian, or cyclist’s trajectory on the road, it eventually becomes familiar and a common “predicted trajectory.” It can then use this memory bank of predicted trajectories and can compare it against a vehicle’s observed trajectory. This allows it to appropriately label a trajectory, so long as it was previously recorded in its memory. This system, which Cruise calls a “self-supervised learning framework,” negates the need for manual human data labeling, which is time-consuming, expensive and inaccurate.

One good example of how predicted trajectory can help an AV maneuver in a city is with regard to U-turns. By learning from long tail events, a Cruise AV can almost instantly recognize when the vehicle ahead is in the beginning stages of making a U-turn and will predict that it will turn around and begin heading in the opposite direction. The auto data-labelling system, meanwhile, would automatically see this as a u-turn maneuver and label it as such, allowing the computer memory to quickly refer back to this event when observing other vehicles making u-turns in the future.

Machine learning is obviously quite complicated (Mr. Harris doesn’t have a PhD for nothing) so those who want to learn more should check out his Meidum post at this link for a more in-depth explanation of how Cruise’s self-driving protoypes well, cruise!

The first production-ready vehicle to use this advanced machine learning stack will be the Cruise Origin robotaxi, which will enter production at GM’s Detroit-Hamtramck Assembly plant in 2022.