The arrival of the all-new 2020 Chevrolet Corvette C8 has brought no shortage of comparisons to the existing stock of high-end sports cars, including several from the General Motors catalogue. Now, Texas-based tuner Hennessey Performance Engineering is doing its own performance test by running its upgraded C7-generation Corvette Z06 against the newer mid-engine marvel. 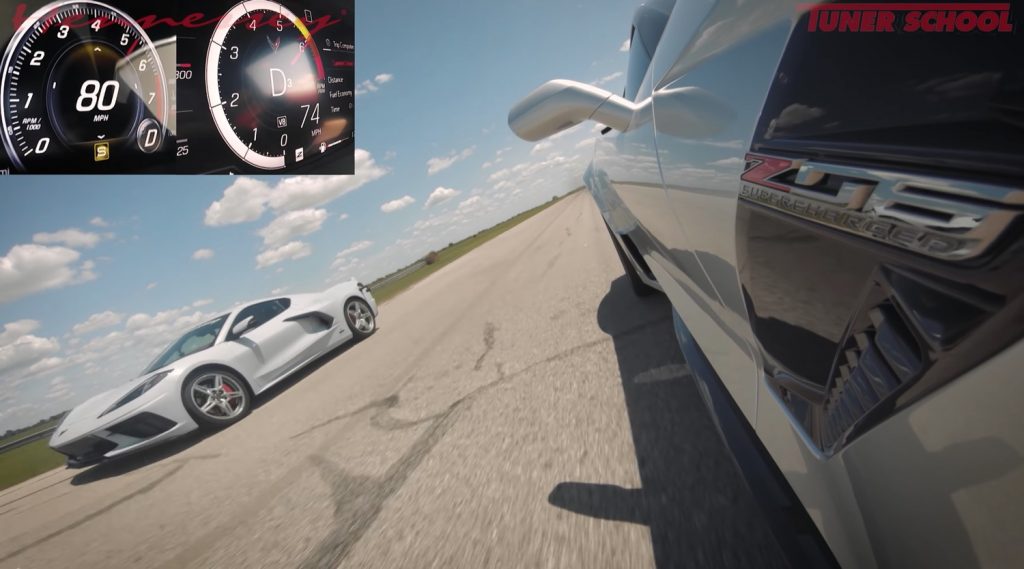 In the C8 corner of the ring, we have a bone-stock C8 Corvette Coupe, which puts down 495 horsepower and 470 pound-feet of torque when equipped with the optional factory performance exhaust system. Making that go is the mid-mounted, naturally aspirated 6.2L V8 LT2 engine, which routes output to the rear axle through a new eight-speed automatic transmission co-developed with Tremec.

As we’ve seen countless times before, the new C8 is a potent performer. However, the beast lurking in the other corner looks to have an edge. 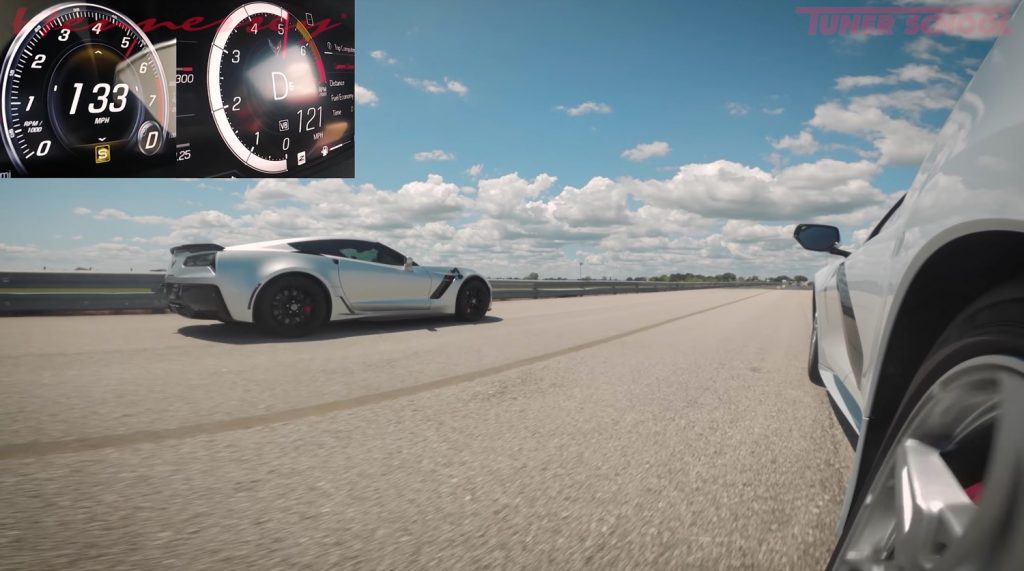 The folks at Hennessey start with a roll race from 30 mph, and it quickly becomes obvious how much of a difference all those extra ponies make. Indeed, the C7-gen Corvette Z06 handily runs away from the C8, and by the end of the straight, the C8 is just a smudge in the rearview mirror.

To reiterate the point, the folks rerun the race, this time with the C8 rolling in at 30 mph, and the Corvette Z06 hitting from a dig. Once again, horsepower wins the day, reeling in the C8 with no problems whatsoever.

Naturally, the C8 Corvette will get the last laugh when Hennessey starts to really dig into the performance mods, but for now, it’s the Corvette Z06 that stands on the winner’s podium.