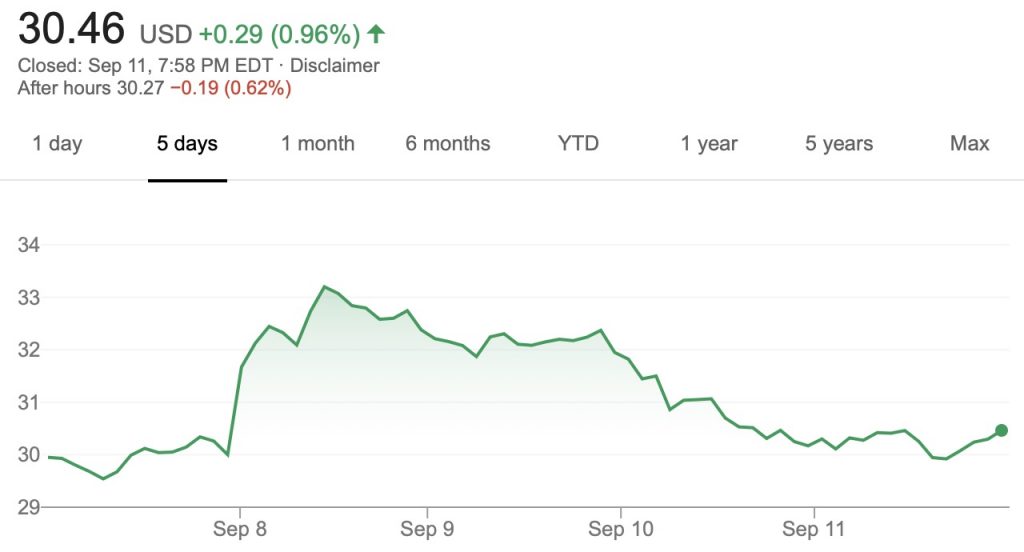 By comparison, shares of GM’s cross-town rival, the Ford Motor Company, grew $0.04 per share, or less than 1 percent, during the September 8th, 2020 to September 11th, 2020 timeframe. Notably, the market was closed on Monday, September 7th, in recognition of the Labor Day holiday.

Earlier in the week, GM stock saw a significant jump in value following the announcement of its new, strategic partnership with electric truck startup Nikola. However, on Thursday, Nikola Motor Company shares fell following claims that company founder, Trevor Milton, overstated the start-up’s tech capabilities. Then, yesterday, Nikola shares slid even further after a report published by Hindenberg Research accused the electric truck startup of being an “intricate fraud.”

Currently, it seems some investors are banking on the expectation of a significant boost to stock prices following a spin-off for GM electric vehicle business. It’s also worth pointing out that the same can also be said for Ford, and such a trend would undoubtedly benefit another competitor as well, Tesla. More recently, the announcement of the GM-Honda alliance may also be of great significance to investors.

The Cadillac Lyriq show car was unveiled on August 6th

That said, there are still some good things happening for GM in 2020, including a 27 percent growth in Silverado sales during Q1 2020, market share gains and production increases for the Silverado and the Sierra during Q2 2020 as well as strong Chevrolet Blazer sales and Chevrolet Trailblazer sales. Most of GM’s range of redesigned full-size SUVs are now in stock on dealer lots, which includes the 2021 Chevrolet Tahoe and 2021 Suburban as well as the 2021 GMC Yukon and 2021 Yukon XL.