General Motors Design has shared a handful of historic Cadillac sketches from its archives – including one from former General Motors VP of Design Irv Rybicki. 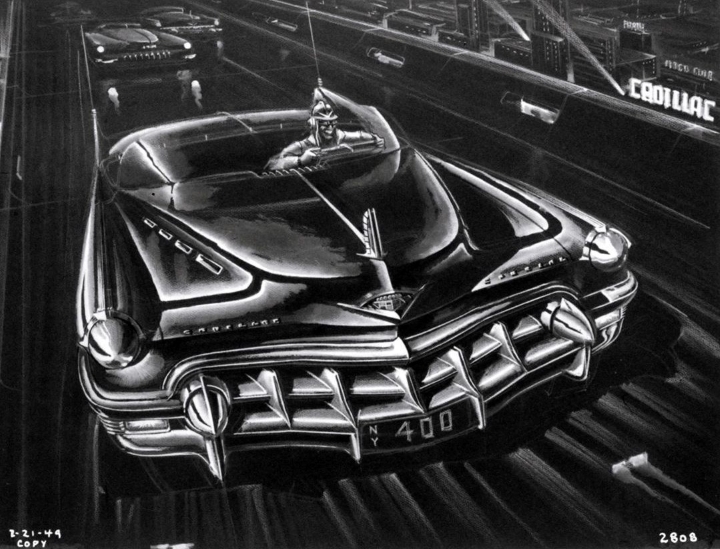 These somewhat eerie-looking design sketches appear to be from the late 1950s, based on the Cadillac styling cues on display here. While these sketches don’t appear to reflect any specific Cadillac models that we can identify, the first and third images in the original GM Design Instagram post (above and below) remind us of a more dramatically styled Cadillac Series 62 Convertible. From what we can tell and based on the post description, these two were done by a GM designer by the name of J.R. Schemansky. 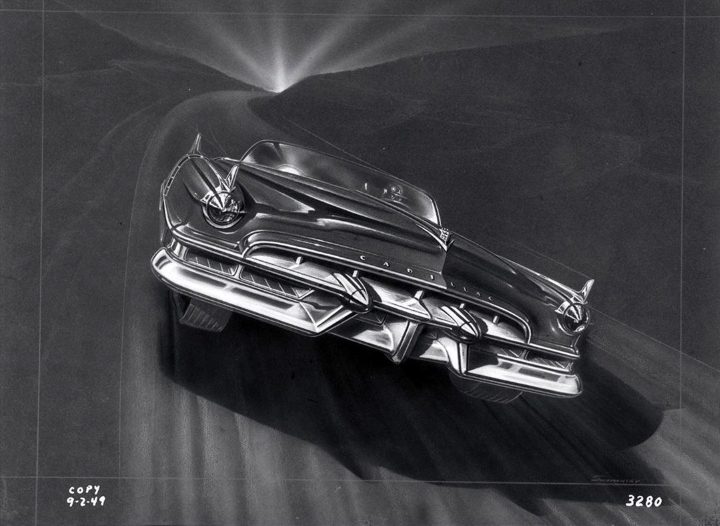 The second sketch in the reel shows a car with a more dramatic, space-age style design with a C2 Corvette style split rear window and a rear fin that extends over the roof and into the windshield to create a split windscreen. Cadillac actually had a number of two-seat design studies in the 1950s, such as the 1954 Cadillac El Camino, Cadillac La Espada and Cadillac Cyclone, but none of those have designs that directly reflect this sketch.

Interestingly, the vehicle in the third sketch appears to have been envisioned as having rear jet engines or thrusters, as two flames can be seen trailing from the rear of the vehicle. The vehicle is also joined by a stylized script to the left reading ‘Cadillac Tomorrow’. This sketch was likely the one done by Irv Rybicki, who would go on to replace Bill Mitchell as VP of Design at GM in the 1970s. 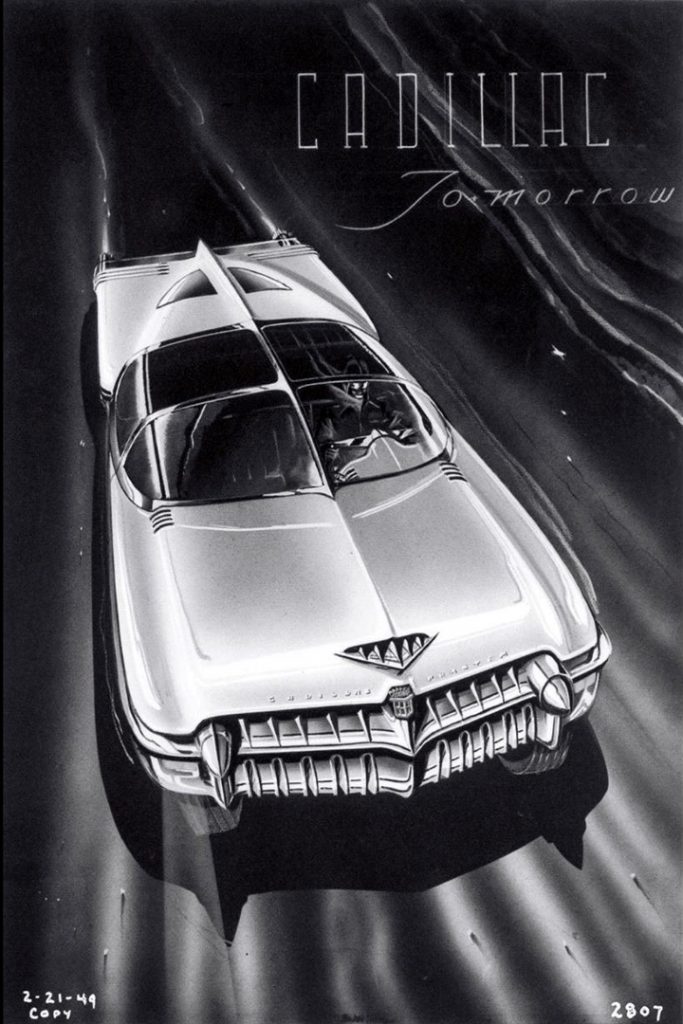 These days, the Cadillac design team likely doesn’t spend too much time sketching svelte coupes like these. The automaker has abandoned two-door segments due to shrinking sales, but has said that the flexibility of electric vehicle platforms may open the door for a new Cadillac coupe one day in the future if the demand for them returns.