General Motors has debuted its new portfolio of Ultium Drive electric motors, which it says will help facilitate its eventual shift to a fully electric portfolio of cars, trucks, crossovers and SUVs.

The Ultium Drive family will consist of five interchangeable drive units and three electric motors. The automaker refrained from going into the specifics for each of these electric drive units, but it did say they will offer “industry-leading torque and power density across a wide spectrum of different vehicle types.”

“The power and versatility of these drive units will help GM migrate high-output segments like pickup trucks and performance vehicles to all-electric propulsion while providing the bandwidth to propel GM’s EV portfolio well into the future,” the automaker said in a prepared statement.

All five of these drive units (a drive unit consists of the motor/motors, inverter, controller and differential) will feature one or more of the three electric motors. GM says most setups will integrate a primary front-wheel drive motor, which can be configured for front- or rear-wheel drive, while AWD models will have a dedicated all-wheel drive assist motor. 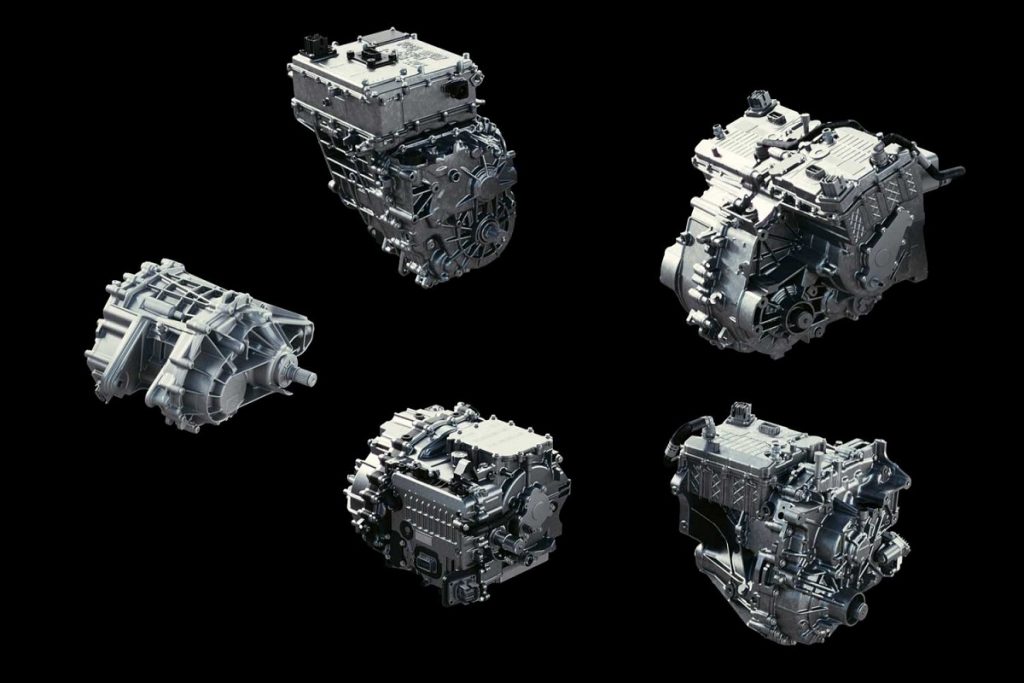 Additionally, most of the Ultium Drive components, including the metal castings, gears and assemblies, will be built at GM’s existing global propulsion facilities on shared, flexible assembly lines. The automaker says this will allow it “to more quickly ramp up its EV production, achieve economies of scale and adjust its production mix to match market demand.”

Just like its Ultium battery technology, GM is hoping that it can sell its Ultium Drive motors to other automakers and manufacturers in order to fully leverage the large investments it has made into EV technologies.

“GM has built transmissions for many notable automakers,” Ken Morris, GM vice president for Autonomous and Electric Vehicle Programs, said this week. “Making motors, transmissions, driveline components and systems are among GM’s best-known competencies, and our manufacturing expertise is proving not only transferable but advantageous as we make the transition to EVs.”

All future GM EVs featuring Ultium Drive motors will also leverage its Ultium battery technology. One of the first vehicles to arrive with Ultium motors and batteries will be the Cadillac Lyriq crossover, which will go on sale in late 2022 as a 2023 model year vehicle. The GMC Hummer EV pickup truck and SUV is slated to arrive within a similar timeframe and will also leverage Ultium technology to try and outgun rivals like the Rivian R1T and Tesla Cybertruck.

GM will continue to provide more information on its Ultium batteries, Ultium Drive motors and other EV technology as it prepares to launch its new line of electric vehicles in the coming months and years.