Corvette Racing is loving the new Corvette C8.R. The team had already taken four wins in its new-for-2020 mid-engine race cars heading into this weekend’s Acura Sports Car Challenge at Mid-Ohio and managed to make it five after the No. 3 car of Jordan Taylor and Antonio Garcia dominated the race from flag to flag.

Taylor put the No. 3 Corvette C8.R on pole position for Sunday’s race, but lost the lead to the No. 4 C8.R sister car of Oliver Gavin shortly after the green flag came out. The American eventually worked his way past his British teammate, however, with the No. 3 Corvette C8.R then remaining in the top position in GTLM for the rest of the two hour and 40-minute race.

“The 3 car has been particularly strong all weekend,” Taylor said post-race. “We led all four sessions. I think we just had a little bit of speed on them all weekend. The balance of the car was just really strong from the get-go. It says a lot for the team, coming here for the first time with the Corvette C8.R, with no testing, just simulator time and rolling off the truck so strong. I think it’s hard to complain about anything at this point.” 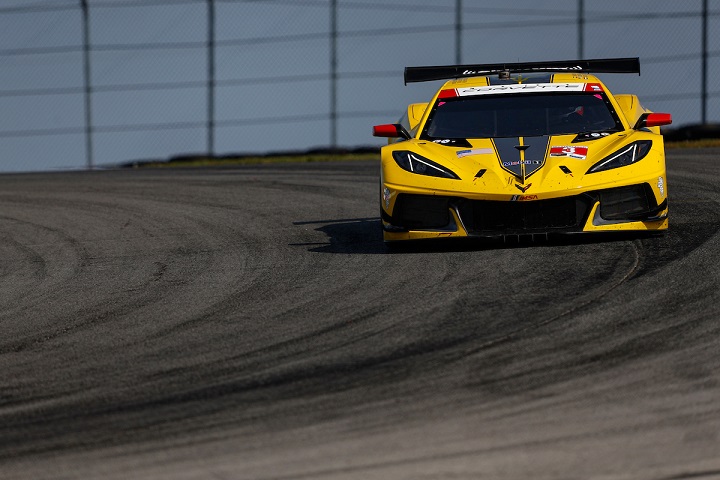 “Jordan did a fantastic job all day long, getting on pole and then getting a solid lead even if there were a ton of yellows,” added Garcia. “When you are in that position, you are in control of the race. The C8.R worked perfectly again today. Not only on a quick lap but the consistency through the stint was the main thing. The C7 was good as we proved over the years, but this is definitely a step forward.” 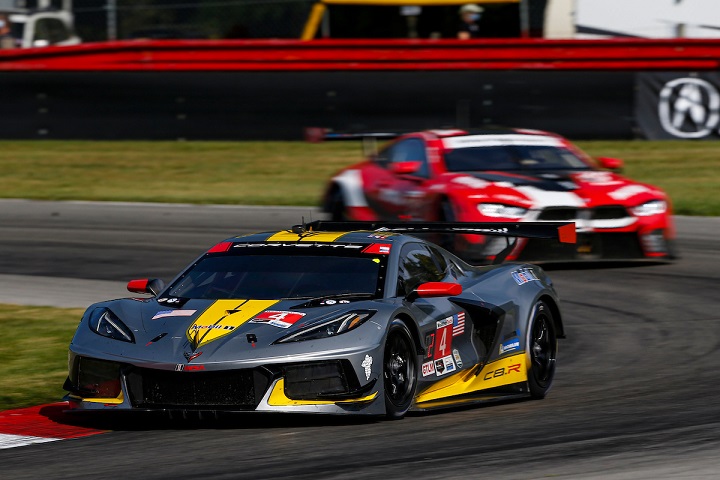 While the 1-2 result for Corvette Racing was a welcome result for the American team, it was somewhat diminished by the fact that the GTLM field only had four cars in it Sunday. Porsche pulled its factory drivers from all events this past weekend after four members of its 24 Hours of Le Mans program tested positive for COVID-19, leaving only the two Corvette Racing entries and a pair of BMW M8s in the GTLM field.