Facebook Marketplace is chock full of weird people selling even stranger items. For that reason, we were hardly surprised to see this backward Chevrolet Blazer pop up for sale on the social media network’s zany classifieds section. 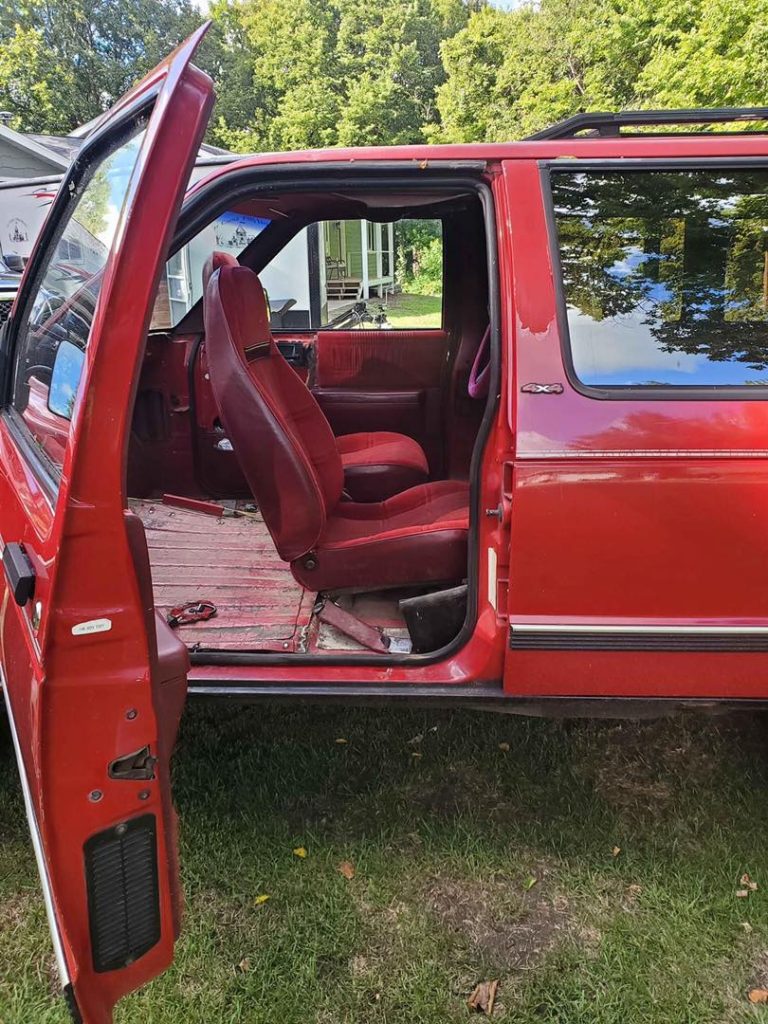 We’re sure some readers are asking themselves what a “backward” Chevrolet Blazer is, and the answer may be a bit more literal than expected. The current owner of this unassuming Chevrolet SUV has taken the whole powertrain and drivetrain and flipped it so that the engine is now in the vehicle’s rear cargo area. The driver’s seat has also been flipped around, with the driver now looking out the rear window to see where they are going. Thankfully the dash has been moved so the driver can still see how fast they are going, while a piece of wood does its best to shield passengers from the heat and fumes of the engine. Naturally, what used to be the rear wheels are now responsible for steering, while the front wheels remain in the same direction. 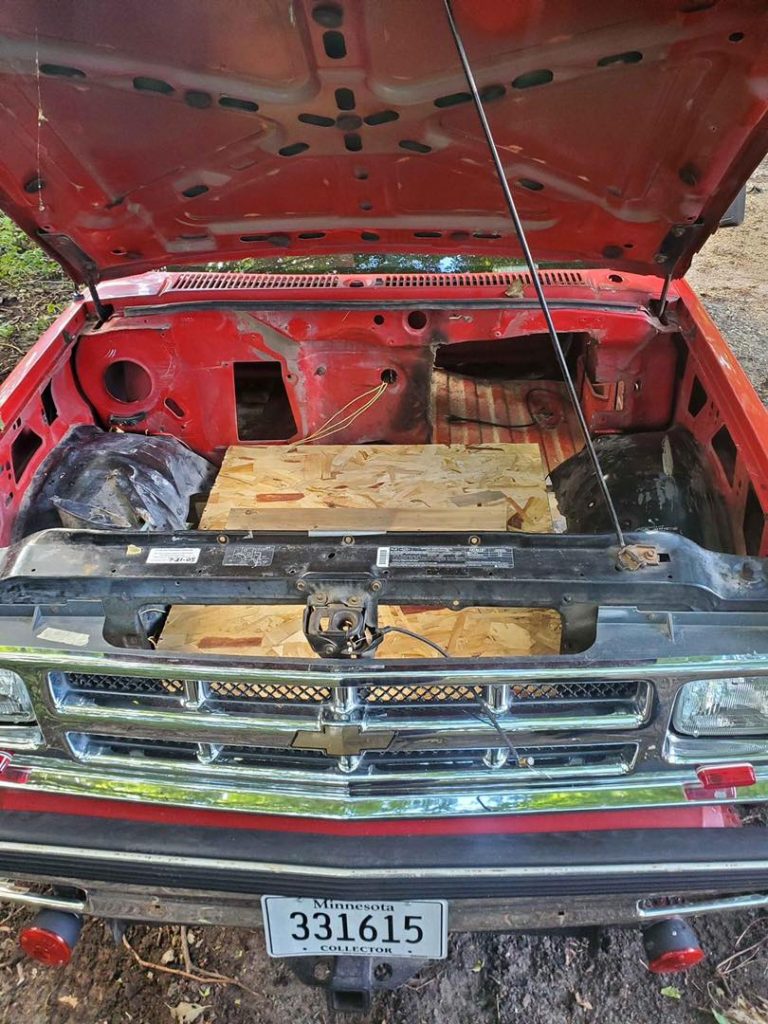 The seller says this Blazer has a fully functioning 4.3L Vortec V6 engine with a four-speed automatic transmission that “shifts good” and a working four-wheel-drive system. Believe it or not, the backward Chevrolet Blazer is also offered with a clean title and is said to “run great.”

“Take it down the road at 60 (mph),” the seller states, “Definitely an attention grabber.” 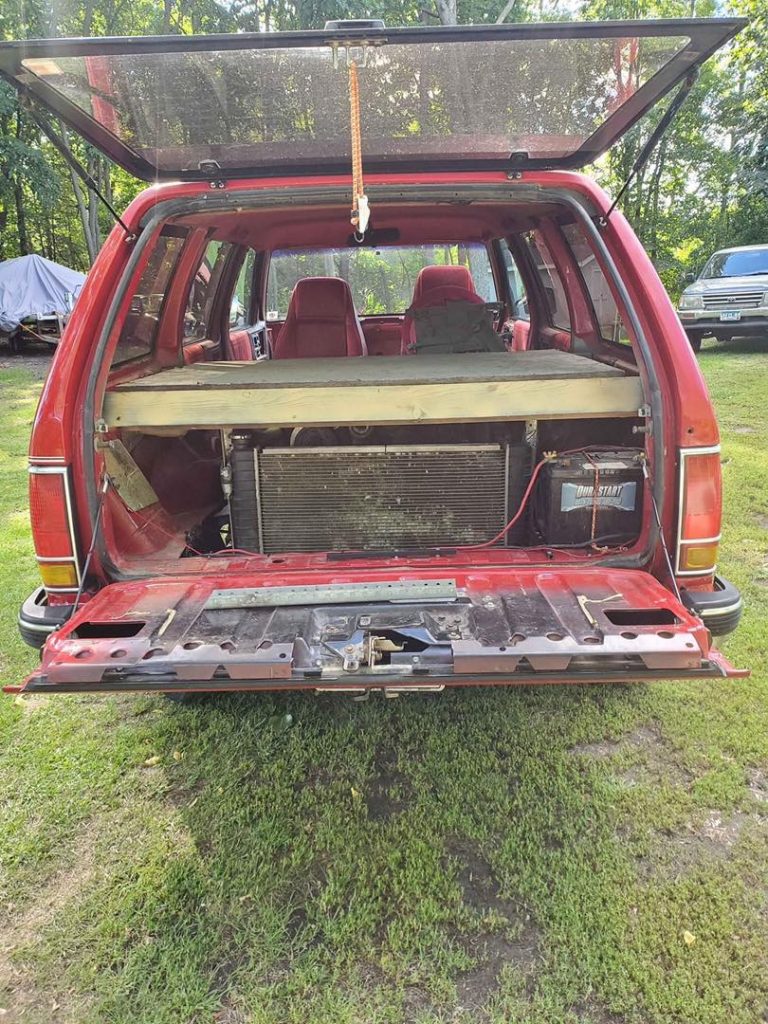 While this flipped Chevrolet Blazer isn’t good for much more than cruising down the road and cataloging people’s reactions, it’s also fairly inexpensive at $1,350. This Blazer is probably worth about that much in parts alone, as well, so there are definitely worse ways to spend $1,300 or so, in our opinion. At the same time, we’d hate to see a nice old school Blazer like this get chopped up for parts – it may not be the most sought after SUV, but these vehicles are getting harder to find with each passing year it seems. 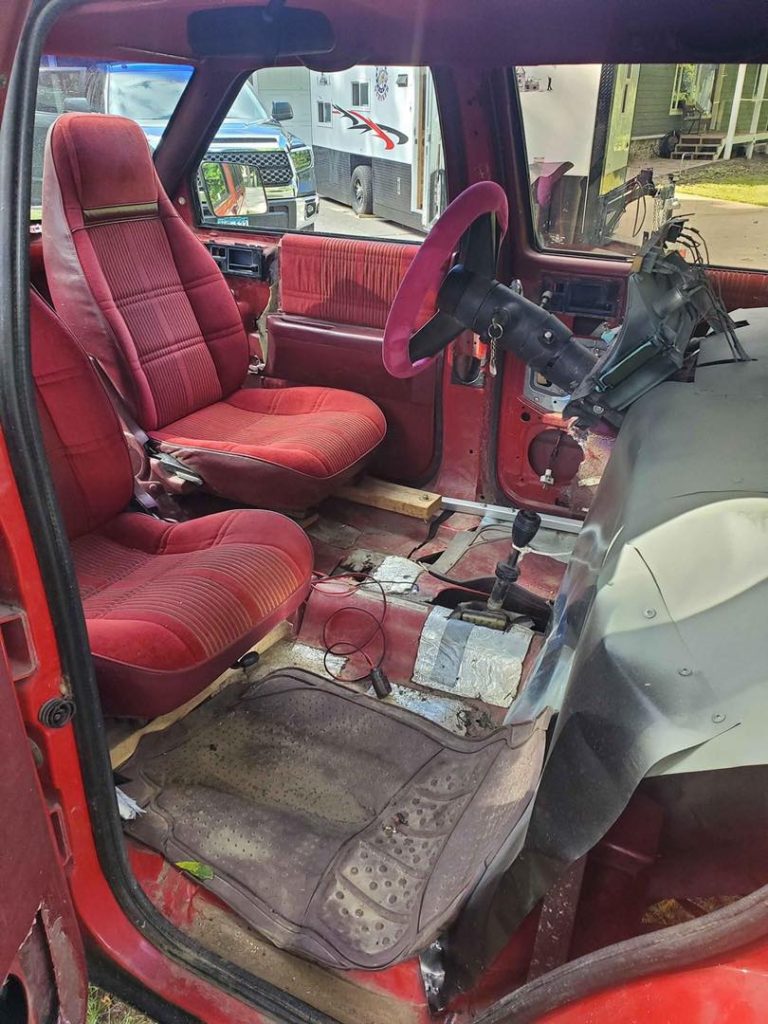 Let us know if this backward Chevrolet Blazer is a hit or a miss in the comments down below.