With the all-new Chevrolet Trailblazer now rolling off the assembly line at the GM Bupyeong plant in South Korea in larger quantities, the automaker is releasing more ads to promote the subcompact crossover in America.

The latest advertisement for the Chevrolet Trailblazer is entitled ‘Middle of Nowhere’ and is intended to evoke the rugged, go-anywhere attitude of the Trailblazer and the kind of customers that will buy it. The spot, which is only 30-seconds long, shows two friends driving out to a rural desert location as the passenger asks the driver how far into the wilderness they are planning to go. After asking “here?” a handful of times, the driver finally settles on a spot far into the wilderness. The pair then take their mountain bikes off the roof rack and set out for a fun-filled day of cycling.

“When the middle of nowhere is somewhere,” the voiceover in the advertisement says. “The all-new Chevy Trailblazer.”

This ad will probably lead to some snarky comments about how the new Chevrolet Trailblazer, a compact crossover that shares the front-wheel-drive based VSS-F platform with the Buick Encore GX, isn’t nearly as capable as the previous body-on-frame model.  This may be true, but the new Trailblazer is still available with all-wheel-drive and is also offered in an Activ trim model with a faux front skidplate and some other off-road inspired add-ons. Customers won’t be tackling Moab with the Trailblazer, sure, but the crossover is more than capable of taking some dirt trails out to a mountain biking spot. 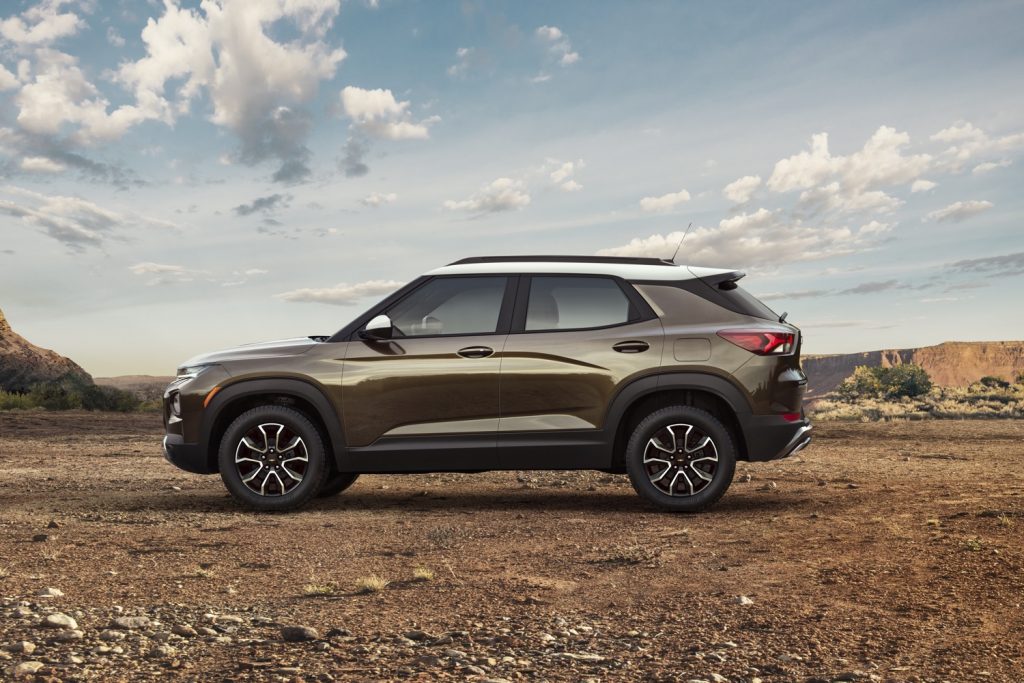 Check out the advertisement in the video embedded below and let us know if this spot is a hit or a miss in the comments.