General Motors is working on a new stretched variant of the Cadillac XT5 crossover, GM Authority has learned. The new Cadillac XT5 limo was recently spotted testing in prototype form, showing off a significantly longer wheelbase than the standard XT5 crossover. The new model will serve as a vehicle for chauffeurs, hearses, and similar applications. 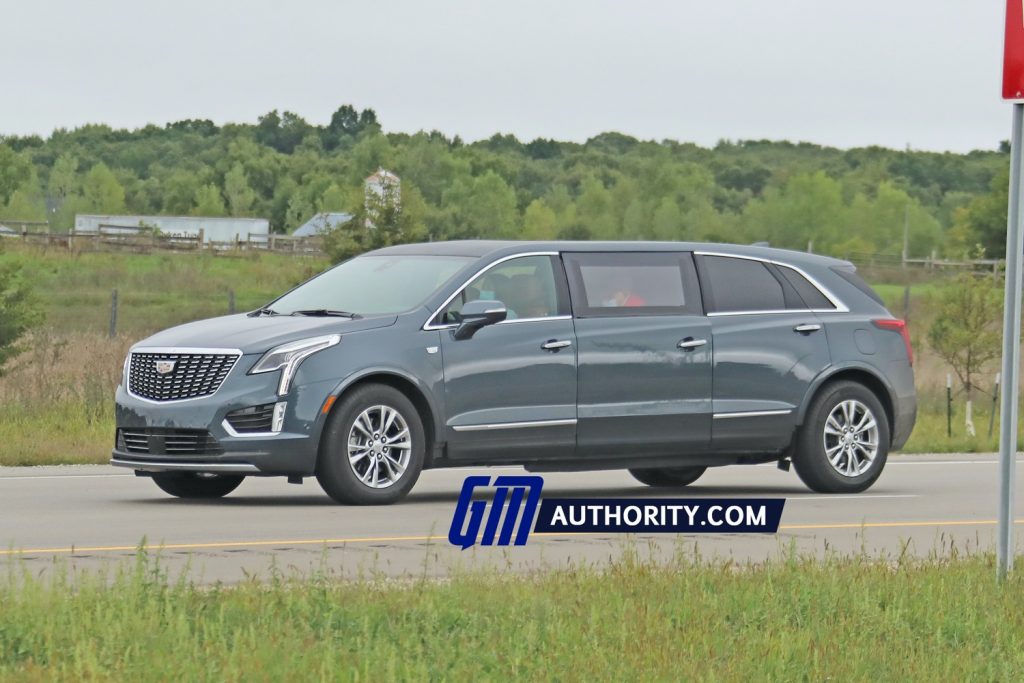 The new Cadillac XT5 limo shares the same overall styling cues as the standard model, albeit with an extra door’s length added around the B-pillar. The extra length is complemented by extra sub-floor reinforcements for the underlying GM C1 architecture, which can be seen as a small protrusion underneath the vehicle, just ahead of the rear wheel, stretching all the way to the front door cut line.

It’s believed that the final Cadillac XT5 limo will have only four doors, rather than the six seen on this prototype model. 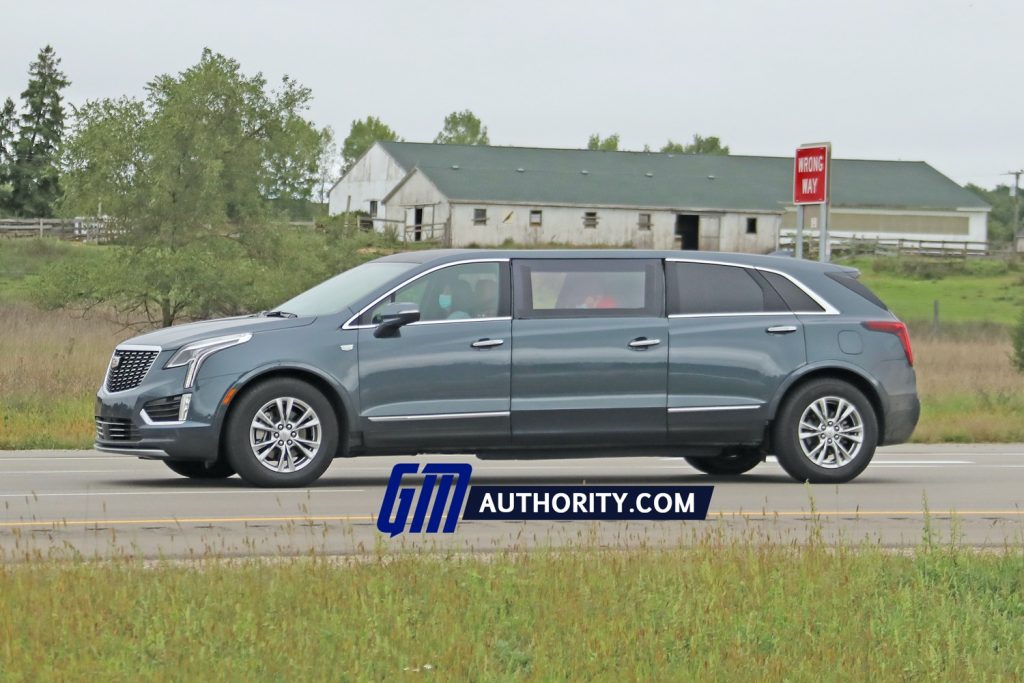 This particular Cadillac XT5 Limo prototype appears to be based on either the Luxury or Premium Luxury trim level, as judged by the window surrounds (or “daylight openings,” otherwise known as DLO surrounds), as well as the front grille treatment.

Cadillac previously competed in the livery market with the Cadillac XTS, which was offered in five separate livery variants, otherwise known as the Cadillac XTS Professional Vehicles. Now, this new Cadillac XT5 limo is poised to arrive as an indirect replacement for those vehicles.

It’s also worth noting that Cadillac offered a Livery Package for the XT5 starting with the 2020 model year. The package includes a 36-month / 150,000-mile Professional Vehicle Warranty in place of the 6 year / 70,000 mile Powertrain Limited Warranty typically included with XT5 models sold at retail. Additionally, the package includes the naturally aspirated 3.6L V6 LGX, Stellar Black Metallic exterior paint and a Jet Black interior. An 18-inch compact spare tire replaces the tire inflator kit, which is included as standard with the retail-market XT5.

Additionally, the Cadillac CT6 was offered with a Livery Package prior to its cancellation in North America. 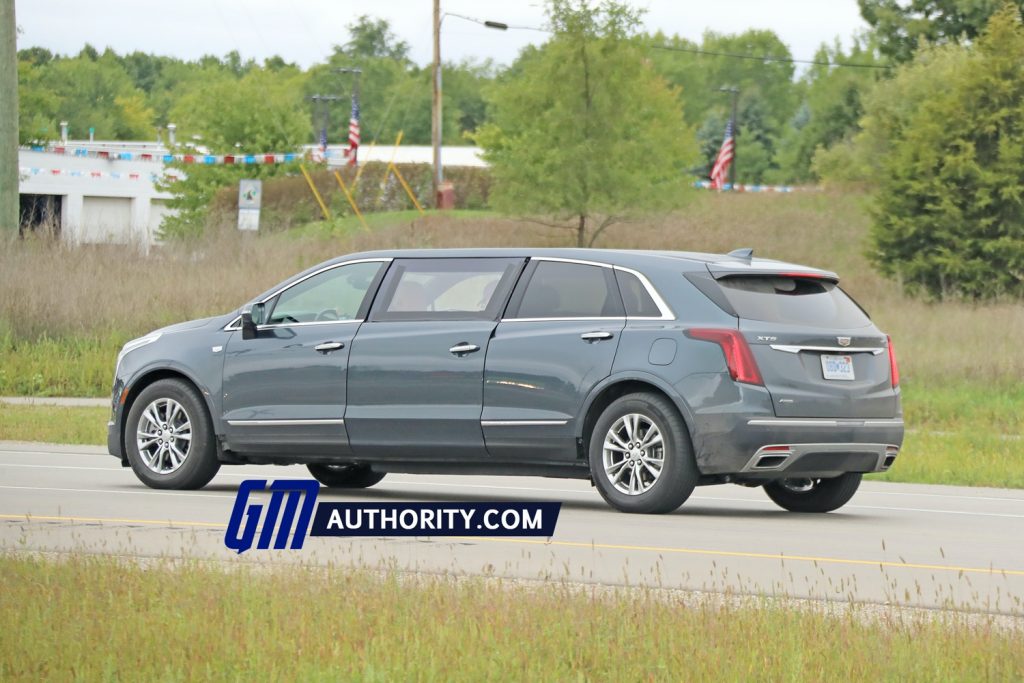