Tuerck was recently challenged to a drag race by Darren Parsons, a fellow friend of YouTube’s well-known Hoonigan crew and the owner of a mean Big Block V8-powered Chevrolet Camaro. While a compact hatchback would normally be no match for a purpose-built, Big Block drag car, Tuerck’s car is no regular Toyota. With a nitrous-fed, turbocharged four-cylinder Toyota engine sitting under the hood, his unassuming Japanese commuter car makes a massive 1,000 horsepower. 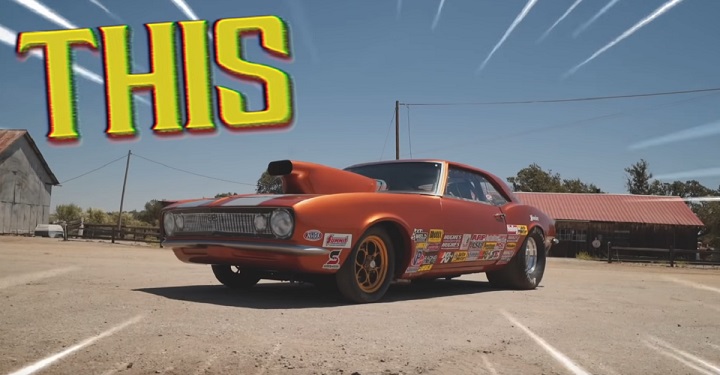 Despite the ridiculous amount of power being pumped out by Tuerck’s radical four-cylinder drift car, the Camaro also has the advantage of being set up for drag racing. With massive rear drag slicks, the Camaro hooks up perfectly and puts its 850 horsepower down to the pavement with undeniable ease. After losing to the Camaro in the first race, Tuerck proposes that he does a rolling start so he can put the power down a bit better and show what his little drift missile is truly capable of.

We don’t want to ruin this last roll race for you, so be sure to check out the video embedded below to see if this Big Block Camaro drag car can hang with a 1,000-horsepower Formula Drift car in a straight-line shootout. Without giving too much away, we think Chevy fans will be particularly pleased with the outcome.