This beautifully restored 1964 Chevrolet Malibu SS, which has been spruced up with some tasteful aftermarket upgrade parts, will soon be auctioned off at Barrett-Jackson’s Fall 2020 sale in mid-October. 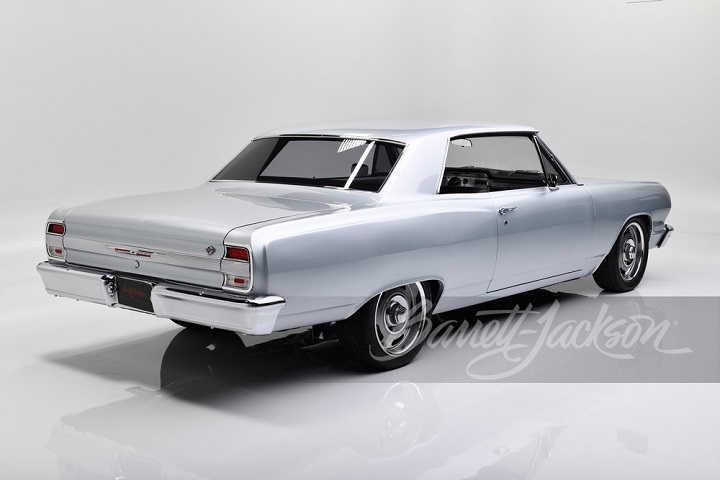 According to Barrett-Jackson, this Malibu SS is fresh off of a thorough four-year restoration completed by Denny’s Bowtie Restorations in California. Under the hood is a new 327 cubic-inch GM engine, which features a COMP camshaft, Holley six-pack induction and Pertronic distributor, while a Muncie four-speed manual transmission with a new shift linkage and performance clutch sends power to the rear wheels. Other upgrades include a GM 12-bolt rear end with 3.53 gears, disc brakes and custom adjustable torsion links. 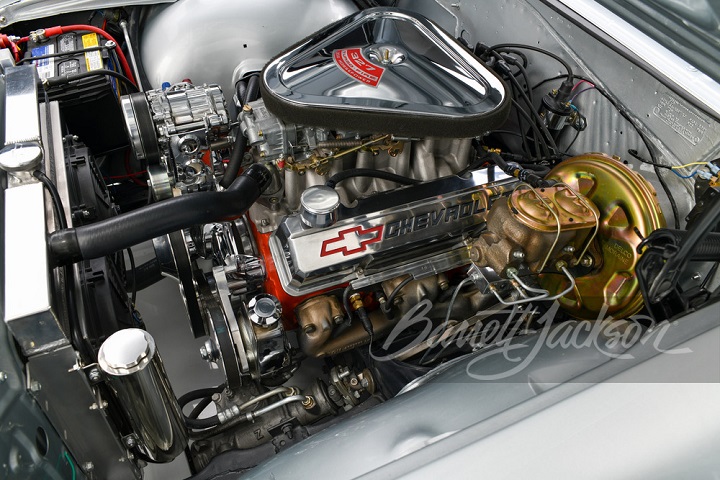 Inside, this 1964 Chevrolet Malibu SS has been freshened up with re-upholstered front and rear seats, modern-day Dakota Digital gauges and a six-speaker audio system. The exterior is mostly stock, but it was stripped to the bare metal during the restoration process and then filled, primed and sprayed over with a shiny coat of PPG Cortex Silver metallic paint. If the muscle coupe’s looks aren’t enough to turn the heads of passersby, the deep, low note of the two-and-a-half inch Magnaflow mufflers will probably grab their attention. 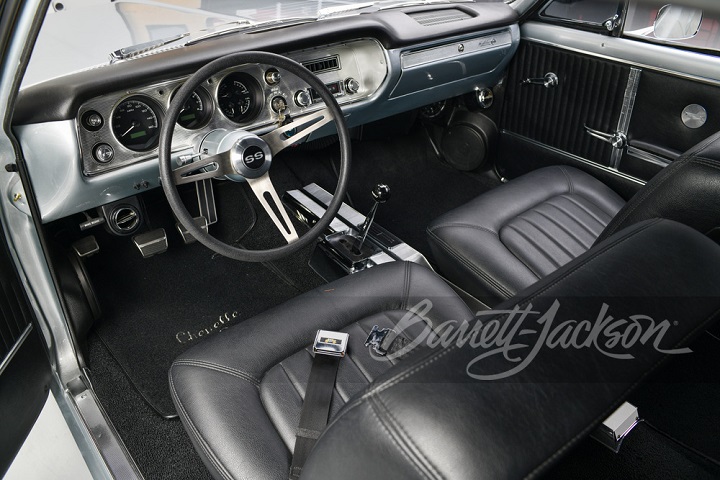 Offered without reserve, it’s not clear how much Barrett-Jackson expects this timeless Chevy coupe to sell for when it goes under the gavel next month. According to Hagerty’s online classic car valuation tool, however, an example like this should be worth anywhere from $63,200 to $87,900 depending on the condition and originality. We’d expect this car to sell on the lower end of that spectrum as it does feature some modern-day upgrade parts and doesn’t seem to be a numbers-matching vehicle, but it should still have no trouble attracting bids. 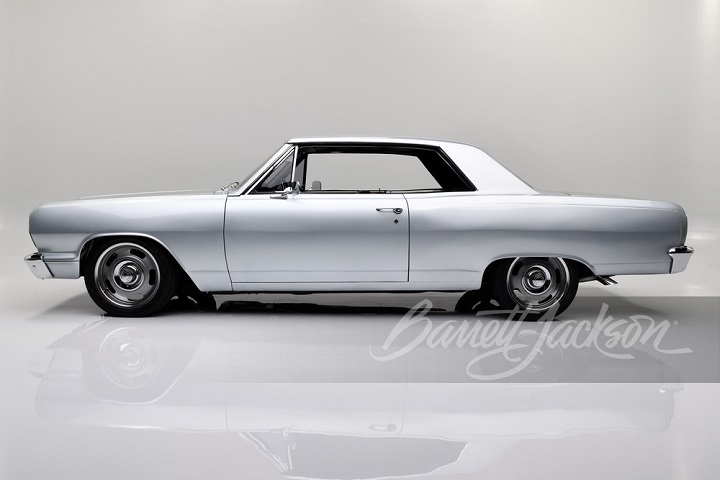 Check out the listing here for more information on this 1964 Chevrolet Malibu SS or check out the walkaround video embedded below.