Over the past few months, Gale Banks and his team of Duramax diesel engine experts over at Banks Power have been working on a radical new high RPM 7.0L Duramax V8 for a customer who plans to drop it into a monster truck. This isn’t just any amateur monster truck enthusiast, either – the engine is for the Monster Mutt Dalmation team that competes in Monster Jam. 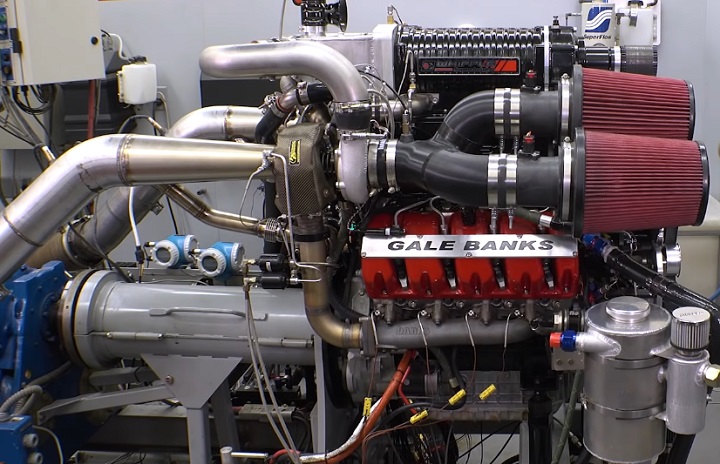 Banks’ twin-charged 7.0L General Motors diesel engine features 68-70 Precision turbochargers, a large twin-screw supercharger, a Banks Generation 1 military oiling system, a Banks wide gear oil pump, an aftermarket high-pressure fuel injection pump and countless other modifications. This engine may have started out life as a regular Duramax, but after Gale Banks got to it, it was transformed into an entirely custom, bespoke engine that only a company like Gale’s could pull off. 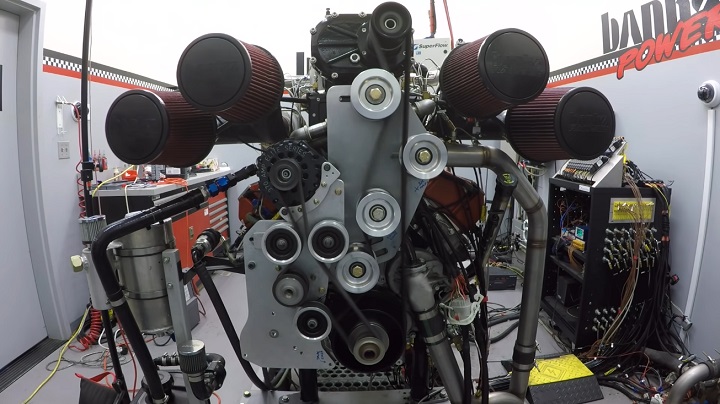 One question we’re sure many readers are asking is “why does this engine have both turbochargers and a supercharger?” The answer lies in the unique application for the motor. Monster Jam races and freestyle stunts both require good engine and throttle response – which turbodiesels aren’t known for at all. A supercharger doesn’t take time to spool up like a turbo does, so the blower helps improve throttle/engine response low in the rev range, while the turbos ensure the engine makes the required power when the speeds pick up.

This is a very specialized, custom motor, but Banks Power is working on a similar engine for marine applications that may eventually be available for order. For now, though, Gale and his team are busy putting the finishing touches on this race engine and getting it ready for Monster Jam competition.

See how much power this beastly 7.0L Duramax V8 is capable of making on the dyno (without only minimal ECU tuning, mind you) in the video embedded below.