For those that don’t know, the second-generation Buick Regal G-body doesn’t really look like a ground-pounding performance monster, but for those that do know, these machines have exactly what’s needed to snap some necks. Growing up in Southern California’s Huntington Park, Ralph was most definitely in the know, and now, he’s the proud owner of this street terror 1987 Buick Regal Turbo T Limited. 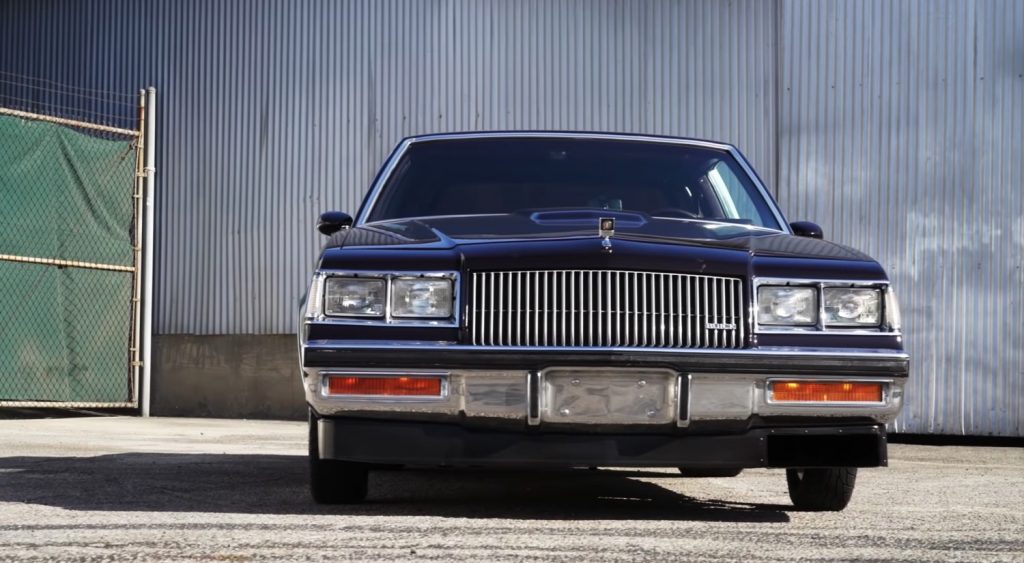 At first blush, there isn’t much to suggest just how much of a punch this Buick Regal is packing. Sure, there’s a set of polished Weld racing wheels, with skinnies up front and fatter tires in back, as well as some beefy Wilwood brakes with slotted and drilled rotors, but that’s about it with regard to exterior cues. The rest of it is the familiar boxy lines and polished chrome trim, plus a deep layer of black paint. 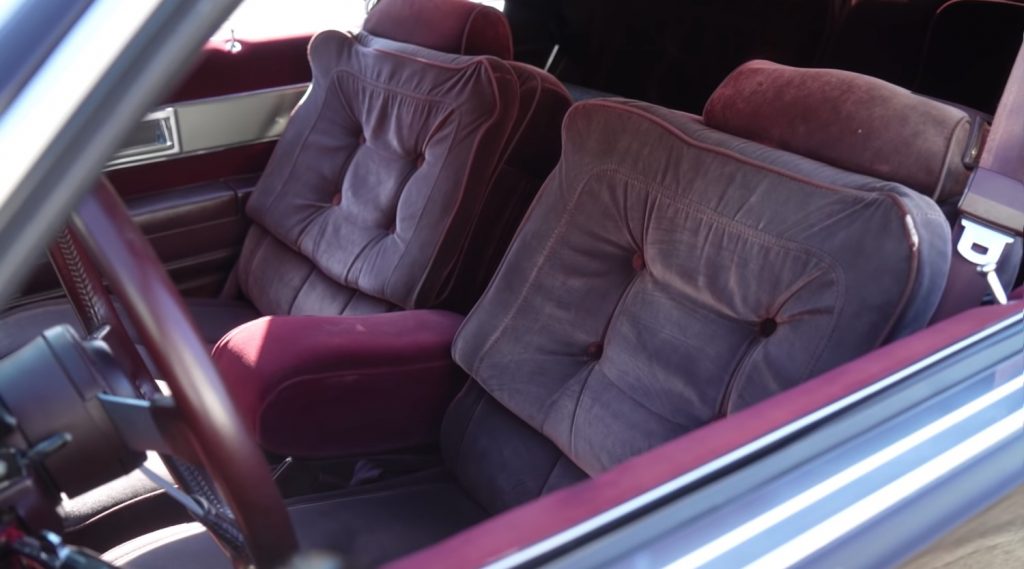 Inside the cabin, we find some pillow seats for the driver and front passenger, which look plush enough to fit an ‘80s-era lounge room. The vulour upholstery is done in a purple, plum color. Look closely, though, and you’ll notice that this Buick Regal sports a partial roll cage in back, which provides an interesting contrast to the old-school luxury treatment. There’s also a set ancillary gauges under the dash.

All told, this Buick Regal definitely looks upgraded, but it’s still understated compared to what’s lying in wait under the hood. 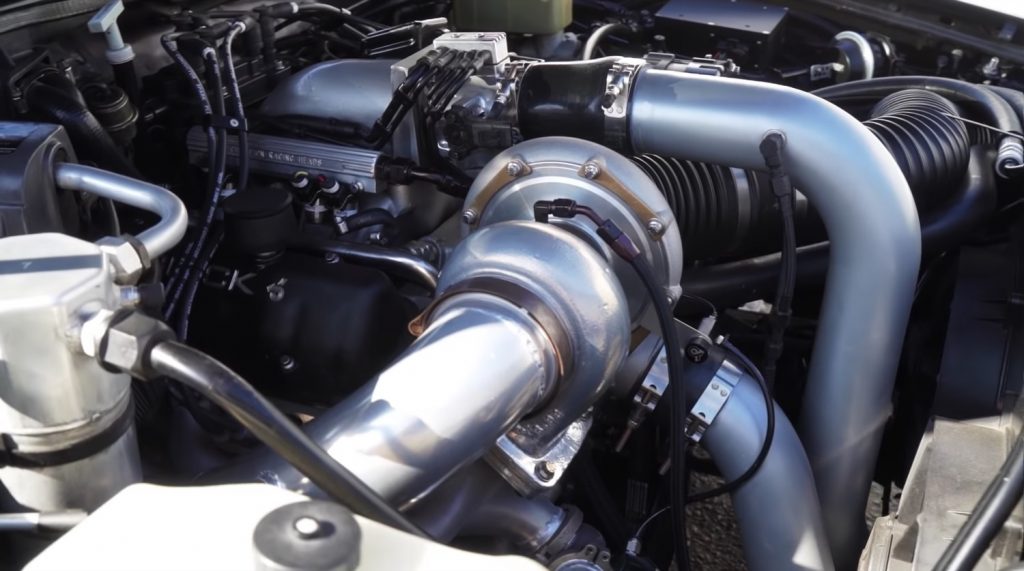 Pop the hood, and we find a massive 6870 turbocharger feeding a 274-cubic-inch engine with a stage two block and aluminum heads. The snail takes a prime spot in the engine bay, pumping out 25 pounds of boost through a black-painted front-mount intercooler hidden behind the grille. Spent gasses are routed through a two-and-a-half inch exhaust.

Factory spec for this Buick Regal is set at 245 horsepower, but now it’s making 770 horsepower at the rear wheels. 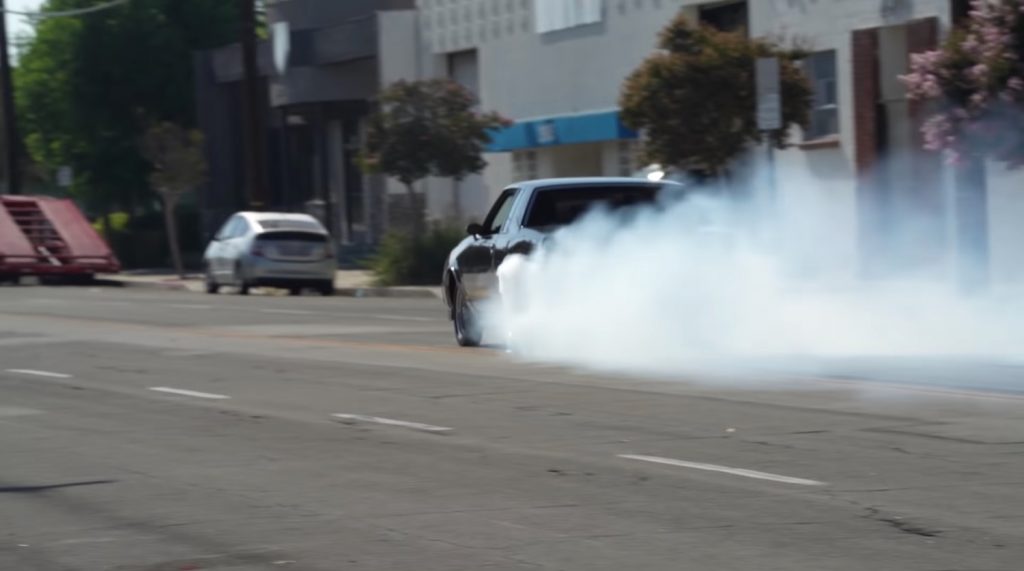 Between the blow-off valve and spooling, this Buick Regal also makes some excellent turbo noises, plus all the smokey burnouts to match. Hit play and see for yourself. 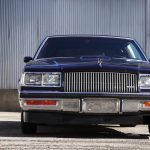 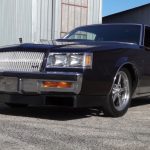 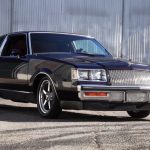 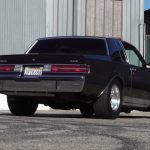 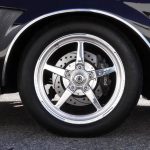 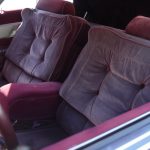 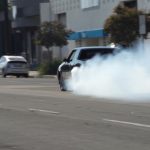 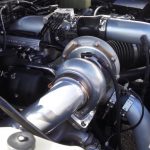