General Motors has produced countless impressive sports cars over the years, like the Chevrolet Camaro, Pontiac Firebird and Chevrolet Corvette, just to name a few. As such, the little Opel GT sort of lives in the shadow of these bigger, more powerful and more American offerings – but that doesn’t mean the little German two-seater is any less deserving of our attention today.

This near-perfect 1973 Opel GT, which will be sold at RM Sotheby’s upcoming auction of the eclectic Elkhart Collection, will make even the most diehard of American car fans stand up and take notice. This car is described as an “exceptional unrestored example,” of the Opel GT breed and features original Rallye Orange paint and an all-original interior. 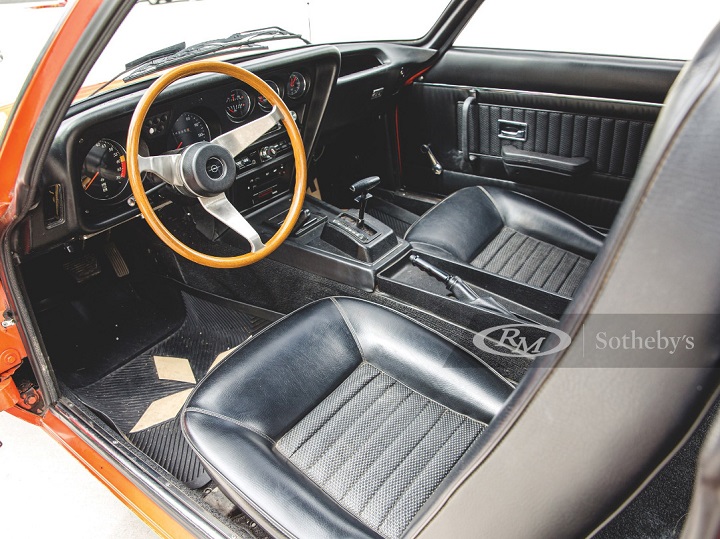 This car has also barely been driven over the years. With just 14,995 miles on the odometer at the time of RM Sotheby’s cataloguing, this car has been driven an average of just 319 miles per year. It’s offered with the original service manual and a collection of invoices from over the years as well.

RM Sotheby’s claims this is one of the “finest original examples,” of the Opel GT in existence. Like we noted above, though, the Opel GT hasn’t really caught on with enthusiasts and collectors yet, though, so even the best examples are still worth less than $30,000. RM Sotheby’s thinks this one will fetch between $20,000 and $25,000 when it heads to auction in late October – a great price for an all-original piece of GM history such as this, in our opinion. 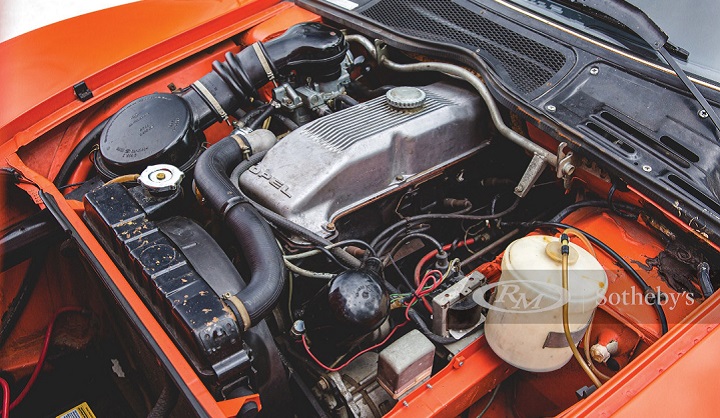 The only downside to this car is the transmission. While the Opel GT seems like it is the perfect candidate for a notchy four-speed manual, it was also offered with a three-speed automatic. The automatic was a popular option in the car (perhaps because it was sold through Buick dealers) so not surprisingly, this model has the slushbox.

If that’s not enough to turn you off this Opel GT, check out the listing here for more information and photos.